Regional leaders would do well to focus on engagement with Pyongyang after missile launches set a dangerous precedent. 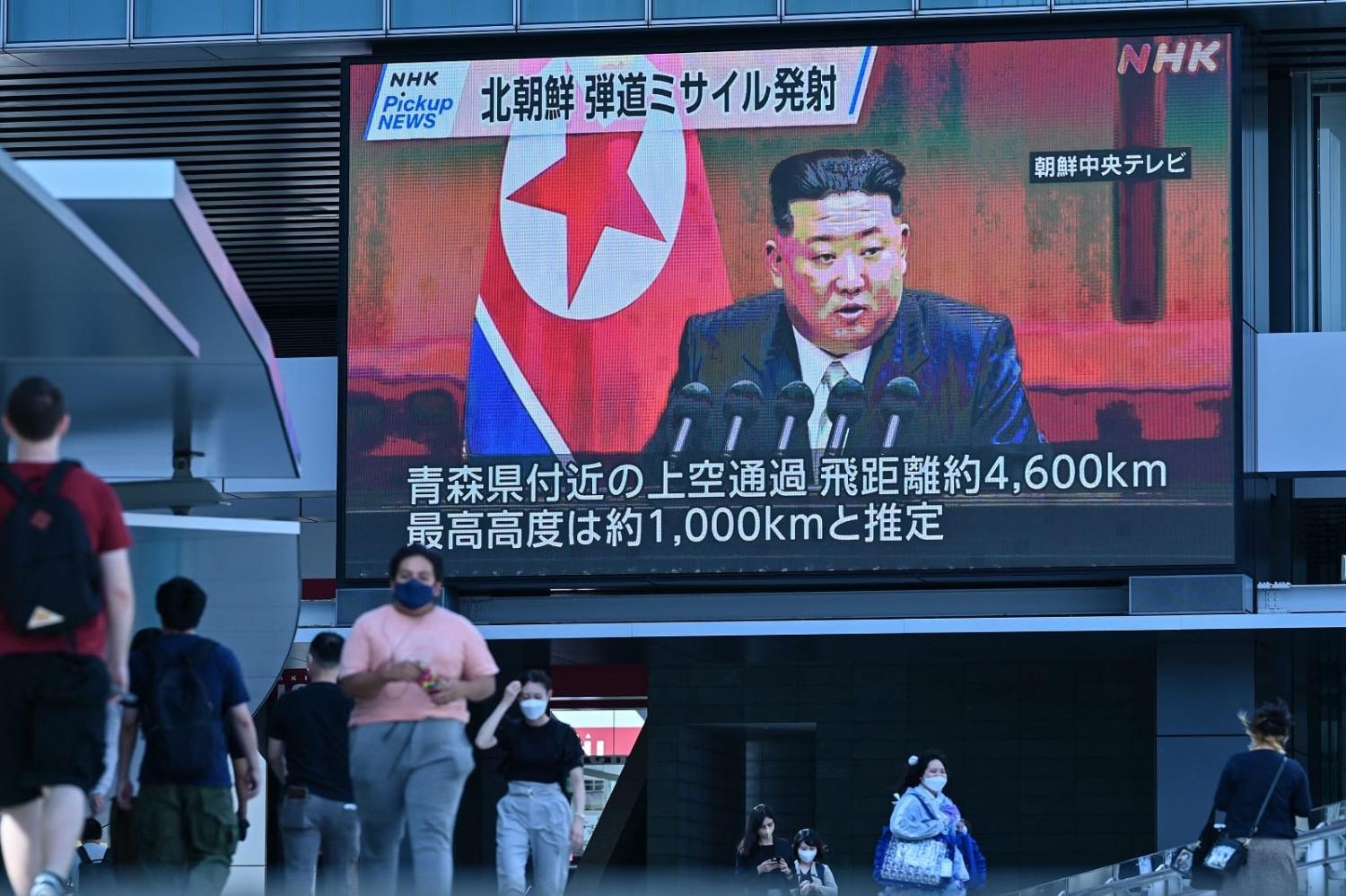 In fewer than ten days, North Korea has fired a series of five missile launches, heightening tensions in the region. Although missile tests and threats coming from North Korea are nothing new, the recent developments point to a much bolder, more confident and provocative strategy than in the past.

With Pyongyang declaring victory in August over its Covid-19 outbreak, attention seems once again to have shifted towards its missile and nuclear program. The most recent launches came after Pyongyang announced a new law on the use of its nuclear weapons in September. In a speech by Kim Jong-un this week, he declared that defining the country’s nuclear policy in law had made North Korea’s “status as a nuclear weapon state irreversible”.

North Korea is clearly putting forward the possibility of a pre-emptive strike that could be launched if a major external attack is believed to be imminent.

If the North Korean leader were to suffer an accident, the law states that “a nuclear strike shall be launched automatically and immediately to destroy hostile forces including the starting point of provocation and the command according to operational plans decided in advance.” As such, North Korea is clearly putting forward the possibility of a pre-emptive strike that could be launched if a major external attack is believed to be imminent.

The law also has very real implications for future negotiations, with Kim asserting that North Korea will never again engage in talks premised on its denuclearisation. “There will never be such a thing as our abandonment of the nuclear weapons or denuclearisation first, nor will there be any negotiations to this end or bargaining chip in these processes,” Kim said on 8 September.

With US attention focused on the situation in Ukraine and its ongoing rivalry with China, North Korea has had ample time since the Trump administration to grow its weapons arsenal. In fact, Pyongyang sees itself as having the upper hand now, no longer fazed by international sanctions or threats from the United States.

South Korea and US fire missiles into sea in response to North Korea https://t.co/mmJM6Leynw

“It is the enemy who feel hard-pressed now; we do not feel hard-pressed, and we are fully able to live by our own efforts and in our own way even in these circumstances,” Kim said in the same September speech to the Seventh Session of the 14th Supreme People’s Assembly.

This bold stance has been reflected over the past ten days. Notably, North Korea’s recent missile tests were conducted in the midst of US–South Korea joint military drills and while a US nuclear-powered aircraft carrier was in South Korea. In the past, North Korea would simply send out statements criticising the joint drills but refrain from conducting actual missile tests during the exercises. This time, however, was different. The USS Ronald Reagan docked in Busan on 23 September and was welcomed two days later by a North Korean short-range ballistic missile launch.

North Korea then upped the ante on Tuesday morning when it fired an intermediate-range ballistic missile (IRBM) over Japan, marking its first IRBM launch in eight months.

While the United States and South Korea may have wanted to display a powerful extended deterrence force by including the USS Ronald Reagan and the nuclear-powered submarine USS Annapolis in their exercises, North Korea was undaunted.

Pyongyang showed off its launch capabilities by firing missiles at various times and from different locations. On 29 September, it fired missiles at 8:48pm and 8:57pm – a rare timing given the technical complexities that come with testing at night – shortly after US Vice President Kamala Harris departed South Korea. A series of missiles were also fired between 6:53am on 25 September and 6:20pm on 28 September from locations including Taechon, North Pyongan Province, the Pyongyang Sunan area, Sunchon in South Pyongan Province, and Mupyong-ri in Jagang Province, demonstrating North Korea’s confidence to launch anytime, anywhere.

North Korea then upped the ante on Tuesday morning when it fired an intermediate-range ballistic missile (IRBM) over Japan, marking its first IRBM launch in eight months. Residents in Japan were warned to take cover and train services in the north of the country were temporarily suspended.

Recent developments are making it increasingly clear that any future diplomatic negotiations with North Korea will be far more challenging than in the past, given Pyongyang’s increased confidence and ever more sophisticated missile and nuclear capabilities. Although distracted by other global issues, the international community would do well to refocus its attention on engagement with North Korea after conducting a thorough review of past failed policy approaches. After all, Kim has made it clear that any demands for denuclearisation upfront will not be met with a positive response.

Previous Article
Diversity and inclusion: Australia’s global aim to walk the talk
Next Article
A free trade zone for Timor-Leste and Indonesia

A new court for Nauru

Recent developments might allay some concerns about the the independence of the judiciary in the Pacific nation.
Andray Abrahamian, Daekwon Son 15 Dec 2017 06:30