How the Marcos family could rule again in the Philippines

In a country where the average age is 25, has collective memory been washed of the nation’s iron-fisted kleptocrat? 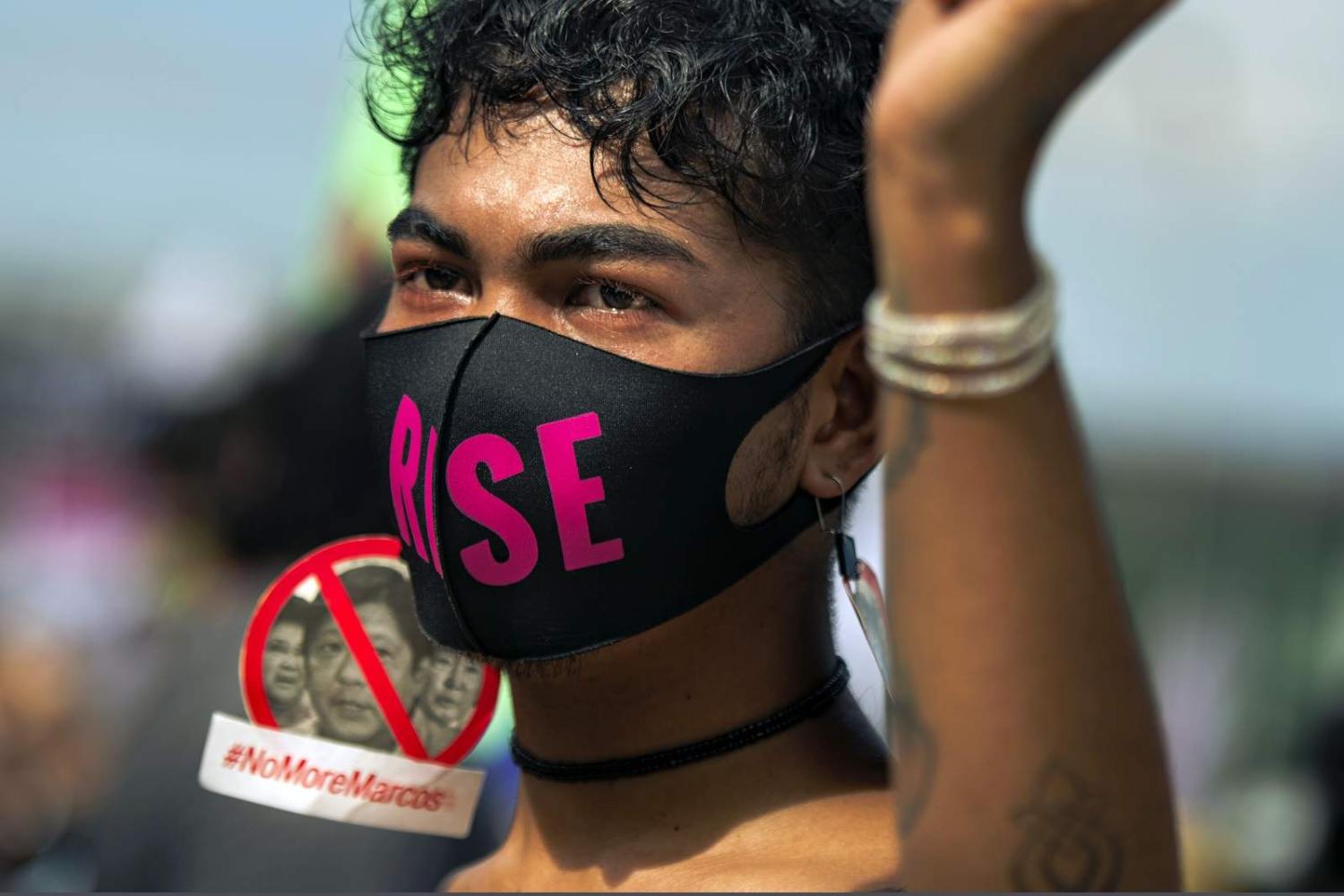 Ferdinand Marcos Jr, only son and namesake of the Philippines’ late kleptocratic dictator, looks set to win the country’s upcoming presidential election in May. Consecutive polls in January and February have the junior Marcos winning with a staggering 60 per cent of the national vote.

Bongbong Marcos (as he is commonly known) was 29 when the family was forced to flee the presidential palace in 1986, swept away in a US Air Force helicopter to exile in Hawaii following the unprecedented “people power” coup that restored democracy.

How a family synonymous with corruption, looting and brutality could again be on the cusp of re-entering the grand presidential residence known as Malacañang Palace is a question that will likely be pondered with increasing perplexity in the weeks ahead.

The Marcos family were back in the Philippines running for elected offices and rebuilding political capital only six years after being deposed.

With the country’s median age at just 25, it is perhaps no surprise that the callousness of the historical Marcos regime is not front of mind amongst many of the 65 million eligible voters. However, for those like former Marcos torture victim and human rights activist Loretta Rosales, a possible Marcos win causes the now 82-year-old much angst.

Several factors help to explain the staggering odds of a Marcos victory. The first is the failure of the post-1986 government to enact legislation prohibiting political dynasties from holding elected positions in government. The “revolutionary” president Corazon “Cory” Aquino was herself a member of one of the country’s wealthiest and most powerful political dynasties. She had at least eight family members running in various positions from Senate to congressional posts in the 1987 elections. The Marcos family were back in the Philippines running for elected offices and rebuilding political capital only six years after being deposed.

The second factor is the influence of social media disinformation on electoral politics. Last year, Nobel Peace Prize laureate Maria Ressa called the impact of Facebook in the Philippines an “atom bomb”. Filipino internet users spend several hours every day on Facebook and indicate a higher level of trust in social media than in mainstream media for information. Disseminating misinformation is not new for the Marcos household. For decades they and their allies have been spreading narratives that downplay or deny the corruption and violence of the martial law era. In the lead up to the 2022 election, the Marcos family’s propaganda machine is making full use of social media’s amplification effect to rewrite the former Marcos era as a “golden age”.

There are other, less tangible but deeply rooted dynamics at play.

In my recent book, Chasing Freedom: The Philippines’ Long Journey to Democratic Ambivalence, I explore the incendiary power of political narratives that have deep historical roots in the Philippines. As a US colony, the country spent the best part of half a century trying to prove itself worthy of self-government. One of the legacies of this period is the conflation of democratic practice with ideas of national unity. Whereas elsewhere in the world the value of democracy might be seen in its accommodation of civil debate, disharmony and dissent, the emergence of democracy in the Philippines was intimately tied with the struggle for national sovereignty and independence. The idea of being “democratic” became wedded to images of national solidarity and a “unified people”.

In contrast to his father’s razor-sharp acumen, Ferdinand Jr rarely addresses the media or crowds, described by one commentator as possessing an “artful stupidity”.

In the post-independence period there was arguably no one more skilled at deploying the “unified people” rhetoric to gain political power than Ferdinand Snr. Beginning in 1965, Marcos began to dismantle power-sharing devices under the guise of a “democratic revolution”. By 1973 he was declaring that support for his martial law regime was akin to a “joining of hands” to build the future of the nation.

In contrast to his father’s razor-sharp acumen, Ferdinand Jr rarely addresses the media or crowds, described by one commentator as possessing an “artful stupidity”. His campaign team, however, were quick to announce that the 2022 candidate’s central message was unity. Late last year, he joined with vice-president aspirant Sara Duterte (daughter of the country’s current controversial president), describing the coming together as a “unifying force that I believe will bring stability back first to the political arena, and secondly to the country”.

Somewhat paradoxically, even the spectacular “people power” revolution of February 1986 that ended the brutal two-decade reign of the older Marcos and restored electoral democracy, was undergirded by a “one voice, one people” national unity narrative.

“We find ourselves in a crisis again”, Marcos Jr recently said, “and we must once again unite”. It reflects an internal reckoning, one might argue, that the country needs to have – about whether it is willing to unshackle itself from the remnants of the “colonial democracy” paradox and embrace a different democratic politics. If this happens, I would hope it is replaced by an image of democracy that sees disagreement between political forces not as a threat to the nation, but as an expression of the right to freedom of speech and a check on would-be tyrants who would try to concentrate power in the country yet again.

Previous Article
Solomons: Putting a draft security deal with China in local context
Next Article
Time and troops in finite supply for Russia’s army in Ukraine

Combat drones could loiter over targets for hours longer than a crewed aircraft, posing a very different type of threat.
Daniel Flitton 4 Jan 2018 08:00

Highlights from The Interpreter on the challenge of North Korea.
Jessica Collins 27 Jun 2022 21:17

Pacific women leaders are driving for change, and economic empowerment is key.