Forced to call in conscripts, reservists and foreign fighters, Putin’s miscalculation is beginning to bite. 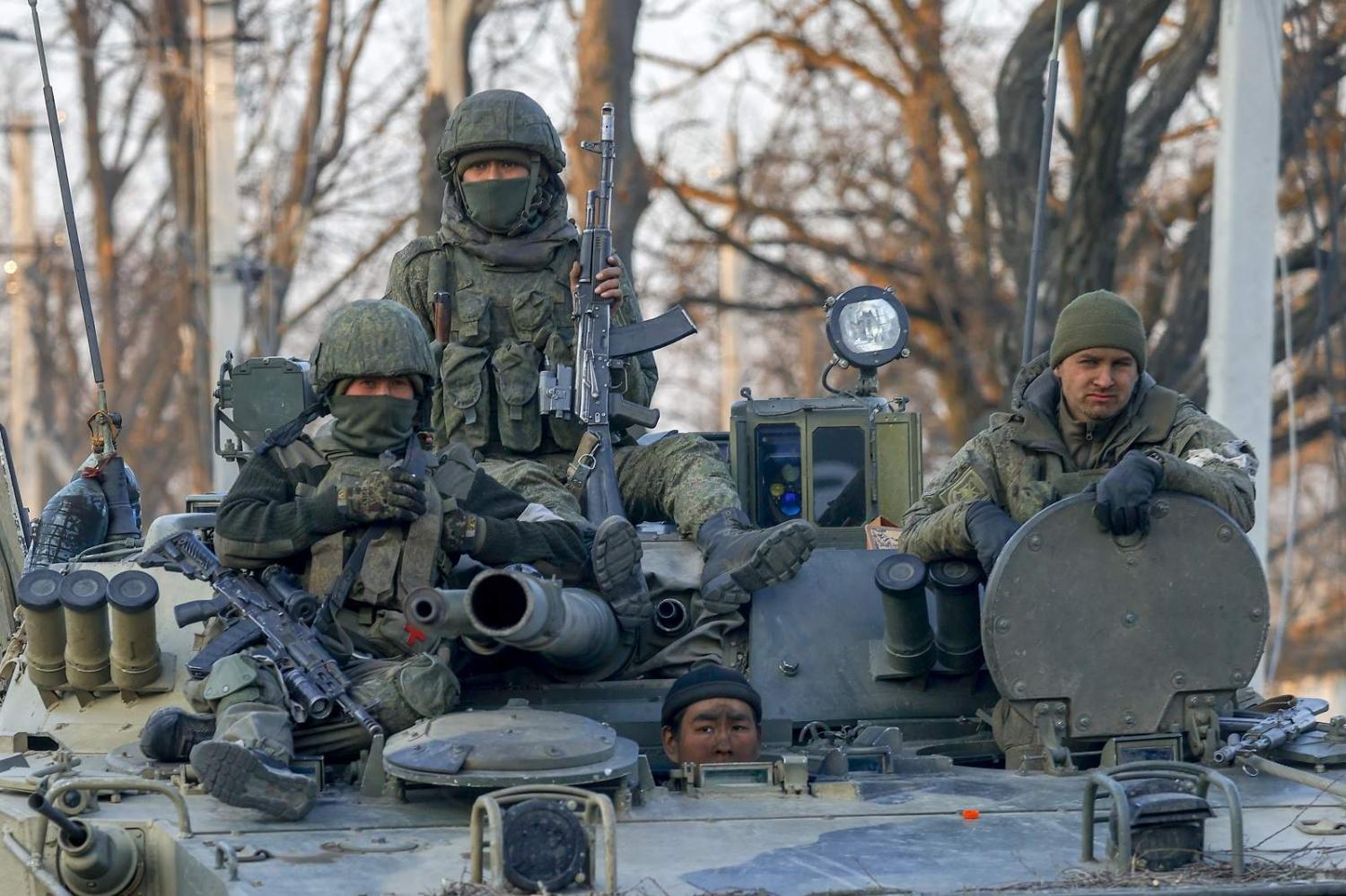 To everyone’s surprise, after a month’s hard fighting in Ukraine, the Russian army is now effectively fully committed. There are no more large regular, active forces available elsewhere in the country to replace its combat losses or to rotate the forces currently fighting as they grow tired. Studies suggest soldiers should not spend more than 60 days in combat before being rested, others argue for 45 days before they are ineffective. Russian forces reach 60 days in late April. With its offensive operations thwarted, losses mounting and morale declining, time is running out for Russia’s army in Ukraine.

Russia could quickly agree a peace treaty but seems disinterested in this. Ukraine’s chief negotiator considers Russia believes it can yet win sizeable battlefield victories that allow it to dictate the terms that end the war. To do this, Russia must break the present stalemate and this requires combat escalation. The preparatory steps for this are underway.

First, the Russian army needs to quickly replace its frontline units’ personnel losses, which NATO estimates at up to 40,000 soldiers killed, injured or captured. Even if this estimate is excessive, losses are demonstrably high given the army is now being forced to call up reservists from across Russia, bring in its latest conscript intakes (males aged 18–27), hire mercenary forces and find willing foreign fighters. These individuals will have little time to be properly trained and integrated with the frontline units. They are likely to be used as cannon fodder to be expended while holding the line. Ironically, Russian generals are being killed in unprecedented numbers partly due to having to be at the frontline to personally direct ill-trained units.

There is talk of ten new battalion tactical groups being created to replace losses and gain a short-term numerical superiority on the battlefield.

Second, Russia is now going on the defensive to try to reduce ongoing battlefield casualties to a tolerable level. This involves ceasing offensive operations, building field fortifications, digging trenches and laying land mines. Russia’s fighting will now be done as much as possible by long-range firepower including missiles, aircraft dropped dumb bombs, rockets and artillery.

As in Mariupol, this is likely to involve indiscriminate fire into cities and towns that cause high civilian causalities and great damage. Some cities have been significantly depopulated by such attacks: Mariupol went from having 500,000 inhabitants to under 100,000. There will be more atrocities such as the Mariupol theatre and maternity hospital attacks that break the laws of armed conflict.

Seeking victory against all odds

Adopting this defensive posture will allow Russia time to rebuild its forces so as to undertake a major new offensive, possibly in early-mid April. There is talk of ten new battalion tactical groups being created to replace losses and gain a short-term numerical superiority on the battlefield. This new offensive may seek to decisively capture eastern Ukraine as a Russian general foreshadows, but significant Russian forces remain in place around several Ukraine cities so a renewed push for the encirclement of Kyiv cannot be ruled out.

It is in this major offensive that Russia may use chemical and biological weapons, or possibly if unlikely tactical nuclear weapons. Such weapons would be used for their battlefield shock value, to try to break the tactical deadlock and attempt to compel Ukrainian forces to surrender or hurriedly retreat. Using chemical and biological weapons would effectively represent Russia’s last gasp try for victory.

NATO is signalling the use of chemical and biological weapons would change the war’s dynamics. President Biden declared this “would trigger a response in kind” although noting that “the nature of the response will depend on the nature of the use”. This leaves open the possibility that NATO itself may attack those Russian military units using chemical and biological weapons such as Russian air force squadrons or tactical rocket forces.

NATO would probably use long-range smart missiles to inflict pinpoint damage and try to avoid further escalation; the missiles would likely come from several NATO countries to demonstrate alliance solidarity. If that sounds improbable, that’s what happened in Syria when the US, the UK and France struck Syria’s Russia-built bomber aircraft that delivered chemical weapons.

The war will not end when Russia says, but only when Ukraine agrees.

If this last-ditch offensive fails, Russia will try for a ceasefire so as to freeze the conflict in place and retain its territorial gains. As in the Donbas, Russia may then physically reduce Ukraine by converting captured territory into multiple puppet statelets. At this point, Russia is likely to declare victory and hope to walk away. Already, Russian generals are telling their publics that they have achieved significant success and, by implication, victory is in sight.

The big problem in this plan is that the war has now gone too long and inflicted too much death and destruction. Ukraine is now unified as never before, has battle-proven military forces and has a very angry population. The war will not end when Russia says, but only when Ukraine agrees.

There is a second problem. Putin remains unrepentant and has indeed recently stepped up efforts to undermine Estonia. The size and destructiveness of the Ukraine war, which Putin denied for months he would start, means no country on Russia’s border can now treat Russia as anything other than a serious existential threat. Unsurprisingly, there is now talk of Finland and Sweden joining NATO. International sanctions will need to stay indefinitely to constrain the Putin regime’s future military potential. Biden’s office may have sought to diplomatically soften his words in Poland, but he speaks truthfully: to return to peace along Europe’s long border with Russia: “[Putin] cannot remain in power.”

Highlights of The Interpreter from the lead up to the Foreign Policy White Paper and the reactions after.