Popularity in north India may be hard-won by the BJP. 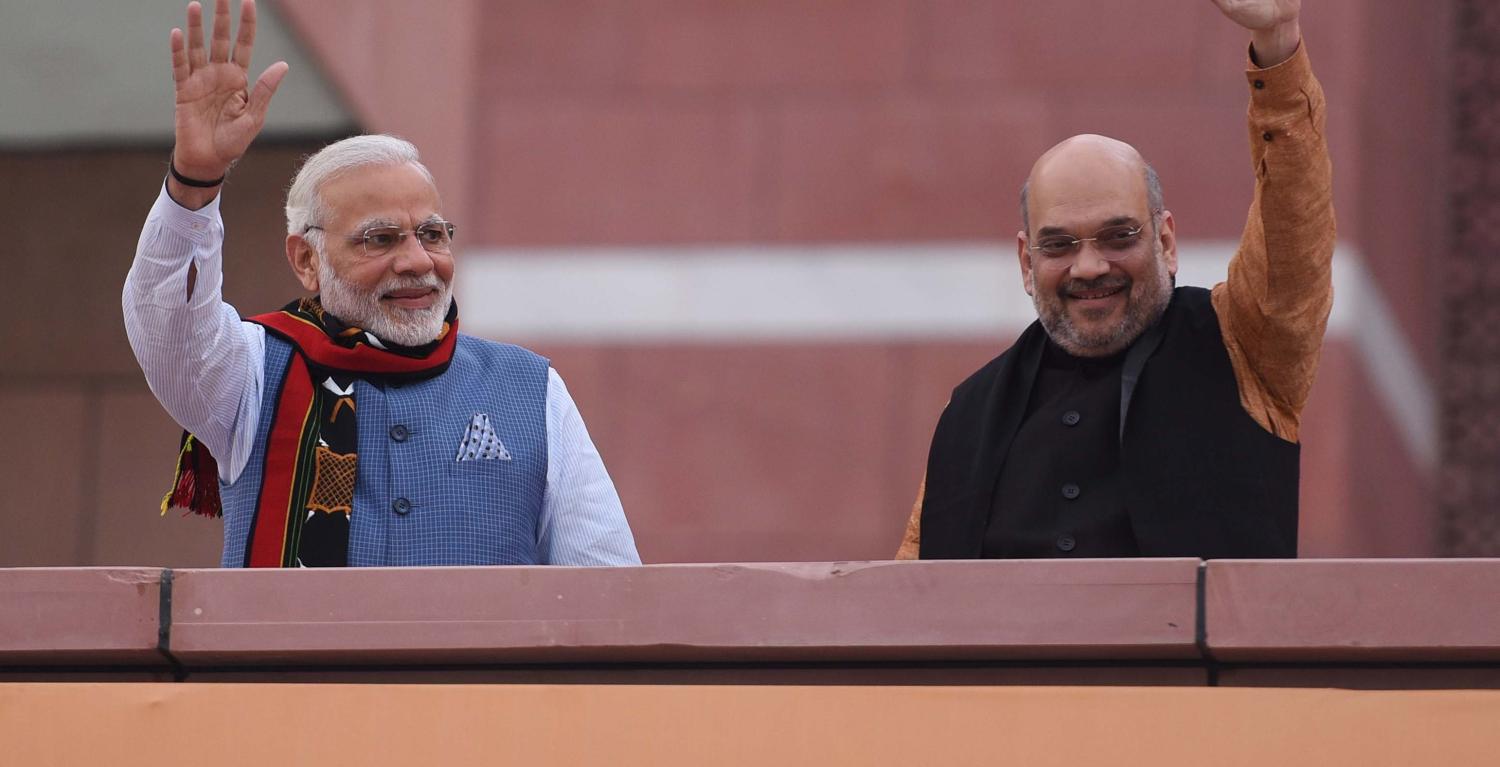 One month is a long time in Indian politics.

In early March, the ruling Bharatiya Janata Party was celebrating electoral victories in the north-east states of Tripura and Nagaland. The BJP’s electoral successes in these states was a significant achievement. The party and its affiliate organisation, Rashtriya Swayamsevak Sangh, has long targeted India’s north-east for expansion. But the region’s religious diversity – it has a substantial Christian population – beef-eating food traditions, and separatist movements provided an inhospitable environment for Hindu nationalist ideology, which stresses unity and the primacy of Hindu culture.

Yet the BJP has been ideologically flexible when necessary for the purposes of political expansion. During the election campaign, it downplayed the Hindu nationalist preoccupation with “cow protection”, and stressed the threat posed to Christians and Hindus by illegal Muslim immigration to the region from Bangladesh.

The BJP also allied with local parties, including the Indigenous People’s Front of Tripura which has long demanded the creation of an independent province for the indigenous peoples of Tripura.

The victories in the north-east emboldened BJP President Amit Shah to declare that capturing other states – such as Kerala, Odisha, and West Bengal, where the BJP has had little presence – was next on the agenda. Only two weeks after the party’s electoral success in the north-east, however, it lost by-elections in several seats in its north-Indian heartland of Uttar Pradesh and Bihar.

Despite anti-incumbency sentiment against the Congress Party government in Karnataka, a BJP win in the state is looking increasingly unlikely, with polls predicting a hung parliament and the probable “king-maker” Janata Dal Party ruling out a coalition government with the BJP.

Even worse, with only one year to go until the 2019 general election, a crisis narrative is beginning to emerge around the BJP’s inaction on issues ranging from child rape and anti-minority violence to job creation, foreign policy, and tax revenue distribution.

In part, this narrative reflects a lack of tangible governance outcomes after four years of BJP rule. The government’s economic policies have done little to address India’s most serious economic challenge – job creation.

Major economic policy initiatives, such as the goods and services tax, have been introduced without sufficient planning. Even sympathetic commentators, including Swapan Dasgupta, a BJP nominee to the Upper House of the Indian Parliament, are increasingly critical of the BJP’s lack of foreign policy achievements, given its promise to turn India into a “leading power”.

What was meant to be a new era of “cooperative federalism” with regional governments given more policy autonomy and revenue has instead renewed a historical north–south divide. Due to a change in the way tax revenue is distributed (using 2011 population data instead of 1971 data), southern states claim they are being unfairly penalised for good governance, on the basis that their superior health and education systems have led to lower population growth, which entitles them to lower tax revenue.

Moreover, the government’s blocking of judicial appointments, apparently for political reasons, is deepening a growing divide between the executive and the judiciary.

The building crisis narrative also reflects Prime Minister Narendra Modi’s apparent unwillingness to challenge the vigilantes and criminals in his party and affiliated organisations. Modi has been repeatedly criticised for taking too long to respond to acts of violence committed by Hindu nationalist apparatchiks against minorities. Last month this pattern was repeated in relation to two cases of child rape.

In April, police charged eight men with the horrific rape and murder of an eight-year-old child, who was a member of a nomadic Muslim community, in a temple in the state of Jammu and Kashmir. A Hindu nationalist group later staged a march in defence of the accused, claiming they had been framed. Two BJP ministers in the Jammu and Kashmir government who participated in this march were later sacked.

In the same month, police charged a BJP member of parliament in Uttar Pradesh with the rape of a teenage girl. After days of silence from the normally Twitter-happy Modi, he responded by emphasising the need to strengthen social values, stressed parental responsibility, and accused the opposition of politicising the rapes. His government has also introduced legislation permitting the death penalty for child rape, a measure that anti-rape activists argue is tokenistic and may encourage rapists to kill their victims.

To consolidate its grip, in the 2019 national election the BJP will have to expand its presence in the southern and eastern parts of India to make up for the expected loss of support in northern India as anti-incumbency sets in. The results of the upcoming election in the southern state of Karnataka may provide a preview of what to expect in the 2019.

As in other elections, the BJP’s winning electoral strategy of comprehensive constituency-level canvassing and campaigning has been put to work in Karnataka. In an acknowledgement that Modi may not hold the same sway in south India as that he enjoys in the north, he has only had a marginal presence on the campaign trail. Instead, the party has put forward a local chief ministerial candidate, B. S. Yeddyurappa.

But Yeddyurappa has struggled against the popular Congress incumbent, Siddaramaiah, whose campaigning has rested on three major strategies. First, pro-poor welfare schemes have been targeted at minorities and lower-caste voters. Second, identity politics has been used to attract the middle-class, normally BJP-voting Lingayat community by promising them minority religion status for their distinctive religious beliefs. Third, Siddaramaiah has promoted a regional nationalism that pits the southern state against “north Indian oppression”.

In response, Modi has criticised the Congress’s “caste-based politics”, and promised “development, fast-paced development, and all-round development”. Yet with little to show for this development agenda after four years in government, and unable to easily stoke fears about the Muslim bogey in the south where communal tensions are less acute, BJP party president Amit Shah’s ambition to turn Karnataka into the BJP’s “gateway to the south” seems improbable.

The recent territorial disputes in the Himalaya have a long history. They also imperil the future of a fragile place.
David Brewster 19 Feb 2020 06:00

We’re approaching an Indo-Pacific strategy with a glass half-full – best to fill it up entirely.
Aarti Betigeri 12 Dec 2018 06:00