Recent violence is a direct consequence of the ruling BJP government’s divisive policies, but unity is not yet all lost. 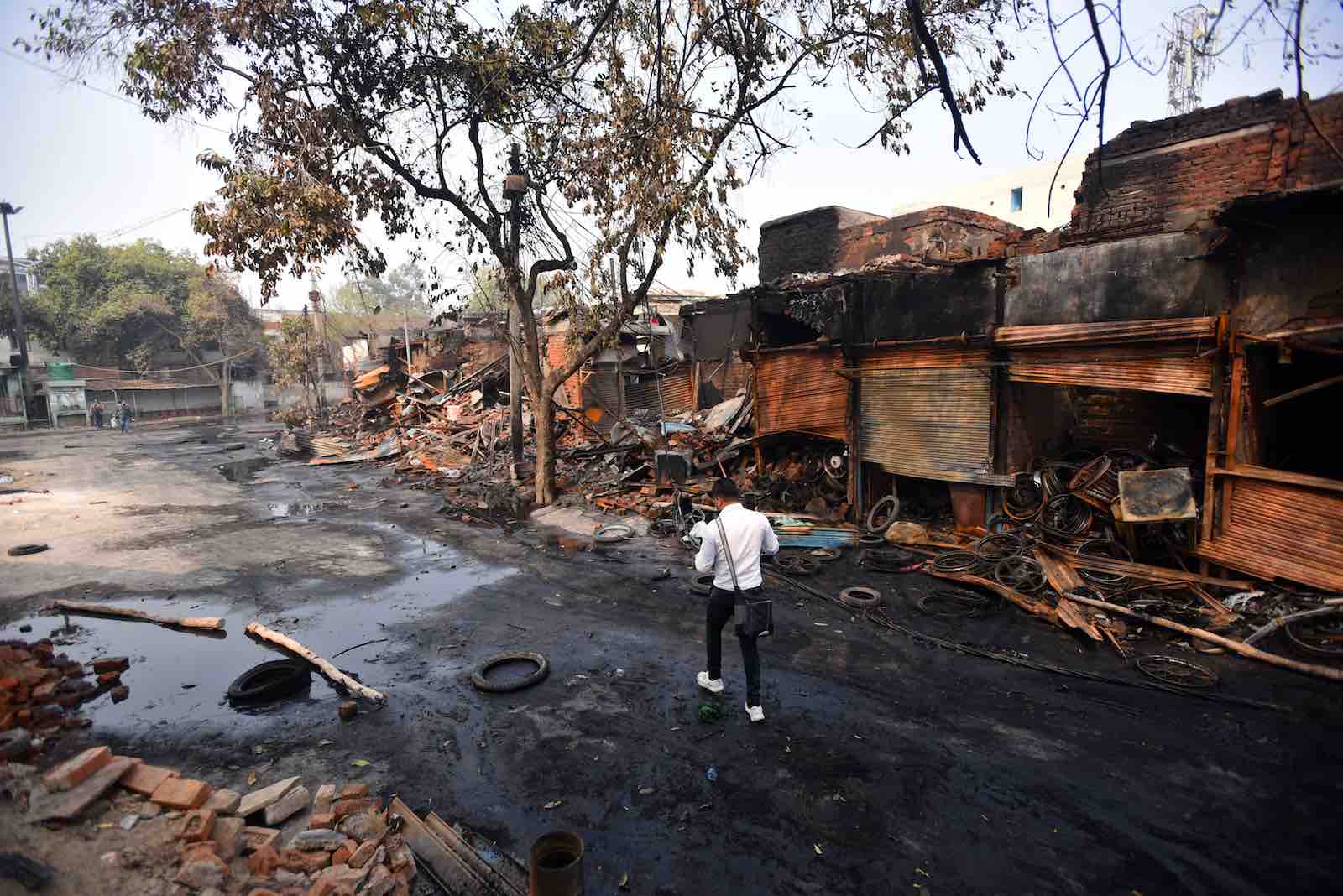 On a cold winter’s morning in November 1984, after travelling nearly 48 hours from the south of India, I stepped off a train in New Delhi. Prime Minister Indira Gandhi had been assassinated by her Sikh bodyguards, and the capital had become the epicentre of one of the most violent pogroms in recent memory.

As I wandered out of the station in the half-light, my brain didn’t register what my eyes had seen. The capital was deserted. Smoke billowed from every direction. The smell of burning human flesh, unfamiliar at first, became an acrid aftertaste that refused to leave one’s consciousness for years.

India’s capital was witnessing a state-sponsored pogrom against Sikhs. When the dust settled, independent sources put the death toll at more than 8000 nationwide. More than 3000 died in Delhi alone. The Delhi High Court vowed, “Never again”, and in 2018, nearly 34 years after those events, Justice S. Muralidhar indicted the last of those responsible. (More on the Justice later.)

The message from the Modi government is unambiguous. The judiciary, the police, the democratic right to protest – all of these are within our power to deny.

Fast-forward to 2020, and the Indian capital is once again in flames. This time, mobs belonging to the majority Hindu community, aligned with the ruling Bharatiya Janata Party (BJP) and with the complicity of security forces, have targeted Muslim households, businesses, and religious spaces. People have been burned alive in their homes, shops torched, and mosques destroyed. It is important to identify exactly who suffered most in the latest conflagration. The majority of dead are Muslims, but the people setting fire to places, beating up journalists, and organising this devastation are those yelling, “Jai Sri Ram” (“Hail God Ram”) – once a chant to a deity, now a war cry.

For months, Hindu politicians have been making incendiary speeches aimed at the Muslim minority. Normalising religious hatred, their mobs have attacked Muslims with an impunity that comes with official sanction. Universities, once sacrosanct, have not escaped the state’s wrath. Muslim universities were the first. One of the oldest in the world, the Aligarh Muslim University in Uttar Pradesh, had its protests put down so violently, the state government now boasts of how it’s one of the more peaceful places. Delhi’s Jamia Millia Islamia was equally targeted, so too the prestigious Jawaharlal Nehru University.

The trigger for the latest violence stems from a winter of rolling protests nationwide as millions of Indians gathered to oppose a new law that promises Indian citizenship to refugees from neighbouring countries. With one important caveat: no Muslims need apply. It encapsulates the BJP’s overarching ethos that India’s 200 million Muslims do not belong in a Hindu nation.

In Delhi, the protestors against the new law holding peaceful sit-ins and marches for months now have been met with brute force from the government. Most of the protests are being held in Muslim-majority areas of the city and are being led by Muslim women. Prime Minister Narendra Modi’s colleagues have not minced their words. The protestors, they have suggested, should be shot.

Last week, in the capital, just as US President Donald Trump was making his way to meet Modi, a local politician named Kapil Mishra, in a speech to his followers, gave police an ultimatum: clear the protestors of a main road or allow his people to do the job. By the end of the day, even before Trump had left town, the BJP’s rabble had done what Mishra promised, while the police looked the other way.

It’s a tactic that’s been used with great success in the past. In 2002, around 2000 people died after a sustained pogrom against Muslims in the state of Gujarat. Modi was then chief minister of that state. An investigative team appointed by the country’s Supreme Court cleared him of any complicity, but the country’s 200 million Muslims blame only one man.

Since Modi’s re-election last year, his government has moved vigorously to push through its divisive policies to ensure a Hindu state. It stripped the state of Jammu and Kashmir of its constitutionally enshrined autonomy, imprisoned political opponents there, and shut down internet access in the region. Parliament passed the Citizenship Amendment Bill into law and the Home Ministry was making plans to begin the implementation of a National Register of Citizens.

But that juggernaut has been stalled by a nonviolent movement fronted by ordinary people, mostly Muslim, who keep invoking their constitutional rights as citizens of a secular nation.

This resistance to the citizenship law is bearing fruit elsewhere in the country. The government of Bihar, where a provincial party rules the state in coalition with the BJP, has said it would not implement the new National Population Register. Eleven state governments representing nearly 56% of India's population have now taken a “no NRC” stance. The BJP knows that without the cooperation of state governments, its carefully laid plans of identifying every citizen on the basis of religion would come to nothing.

Hence the use of brute force.

The next day, Justice Muralidhar – the same judge who delivered the last verdict on the anti-Sikh riots – was transferred out of Delhi to a Court in the neighbouring state of Punjab. Without him on the bench, all petitions on the violence have been shelved.

The message from the Modi government is unambiguous. The judiciary, the police, the democratic right to protest – all of these are within our power to deny.

And yet across India, the struggle continues. And amongst all this darkness, there are shining lights. People putting their lives on the line to help their fellow men and women, irrespective of their religion.

Modi’s India may be heading in the wrong direction, but there are those Indians, however small in number, who continue to believe in the ideals of the nation’s founders. A country that reflects the sentiments expressed by its first Prime Minister when he said:

“All of us, to whatever religion we may belong, are equally the children of India with equal rights, privileges, and obligations. We cannot encourage communalism or narrow-mindedness, for no nation can be great whose people are narrow in thought or in action.”