The taint of riots shouldn’t undermine what was a free, fair and peaceful election. 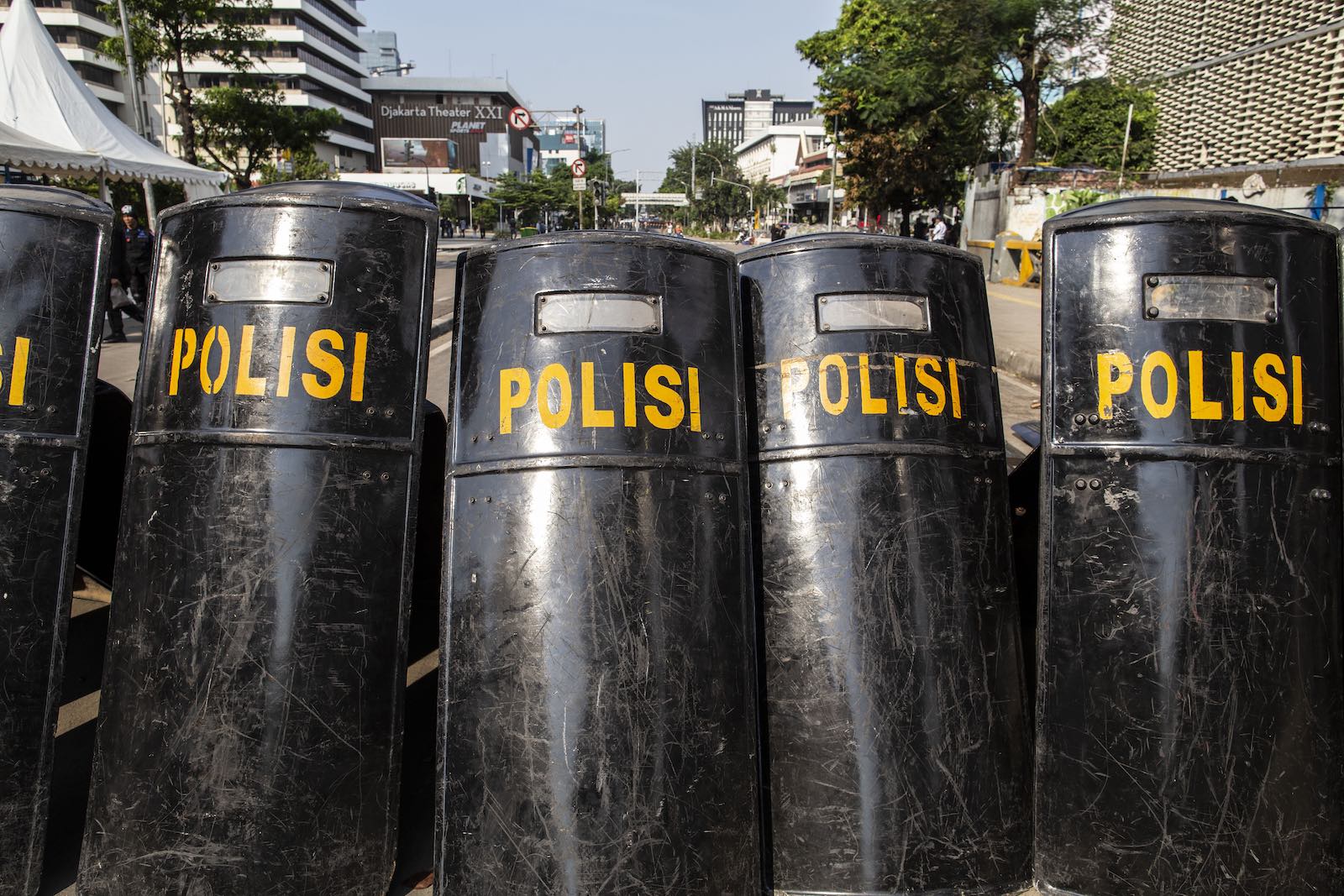 Images of rioting by supporters of defeated presidential candidate Prabowo Subianto in Jakarta have been beamed around the world this week, tainting what was otherwise a free, fair and peaceful election in the world’s third biggest democracy.

At least eight people were reported killed and hundreds wounded in two nights of clashes between groups of (mostly) young men and the security forces. On Wednesday, the second evening of violence, the police showed considerable restraint, helping to calm tempers for now.

The international media has rushed to dub this the worst political violence in decades. Commentators have warned that these riots, and the attempts to instigate a “people power” movement by Prabowo’s team, represent a fundamental challenge to Indonesian democracy. And the government of re-elected President Joko Widodo responded by, for the first time, restricting access to popular social networking platforms like WhatsApp, Facebook and Twitter, in an effort to stop the spread of incendiary messages and fake news.

As the debris is cleaned from Jakarta’s streets, all concerned need to reflect in a more measured manner.

These were indeed some of the nastiest riots Jakarta has seen since the fall of Suharto in 1998 – and the loss of life and wanton destruction was tragic. But this was not the worst political violence in Indonesia for decades, given the insurgency in Aceh only ended in 2004 and the bloody separatist conflict in Papua continues to this day.

Prabowo used the same playbook – claiming electoral fraud – when he lost the 2014 election to Jokowi and when he was defeated as a vice-presidential candidate in 2009.

Former special forces general Prabowo and his backers have been trying to undermine trust in the election commission for months, as it became increasingly clear that they would lose to the incumbent Jokowi, as he is known. After whipping up anger and resentment among his supporters over an extended period, he and his allies were, at best, far too slow in calling for them to stand down. At worst, the police have accused members of Prabowo’s party Gerindra of helping to orchestrate the violence, which was clearly driven by determined troublemakers.

Prabowo used the same playbook – claiming electoral fraud – when he lost the 2014 election to Jokowi and when he was defeated as a vice-presidential candidate in 2009. Rather than representing a real threat to democracy, there seemed to be a performative aspect to these previous allegations.

So what changed this time?

Prabowo’s efforts to delegitimise the elections have been more effective, and damaging, because of three main factors.

Firstly, the country is much more divided, after three bitterly-fought consecutive elections involving similar players (and their allies/proxies): the 2014 presidential election, the 2017 Jakarta gubernatorial election (in which Jokowi ally Ahok was ousted by a Prabowo-backed coalition) and this election, in which Prabowo looked to hardline Islamist groups for support and Jokowi tried to shield himself by appointing a conservative cleric as his VP candidate.

Secondly, Jokowi’s government has increasingly used the legal system to suppress Prabowo supporters and government critics, in the name of maintaining political stability and curbing hate speech and fake news. Activists have condemned these measures as breaches of human rights, despite their dislike for many of the views of those prosecuted. Beyond the question of rights, this approach has backfired at a practical level by lending credibility to the claims of Prabowo supporters that the system is biased against them.

Thirdly, tensions have been heightened because of the growing use of social media platforms to spread disinformation and inflammatory content. Much of this has revolved around sensitive questions of race, religion and identity, which trigger emotive responses and are more likely to be shared with others. Supporters of both candidates are guilty here, from the use of semi-official, paid troll farms to individuals making the worst possible use of their creative skills.

In response, the government has looked to prosecute the creators of some of the more heinous hoaxes under Indonesia’s draconian electronic information and transaction. This week the government went much further, ordering internet service providers to curb access to social media platforms, with a view to stopping the spread of videos and images that it argued were stoking the riots.

The actions of a few thousand trouble-makers should not obscure the fact that 158 million Indonesians voted peacefully for their leader in the world’s most complicated single-day election.

It was an unprecedented move. But it reflects a global trend of governments looking to restrict social media platforms. And it was a predictable next step for Indonesia, given that officials have been pressuring Facebook and the like to take down more content over recent years and threatening to block access to one of their biggest emerging markets.

This censorious and ad hoc approach is worrying – especially if it were to be used more frequently. If such measures are temporarily necessary, which is arguable, they should be done in a much more transparent and limited manner. The Alliance of Independent Journalists, a media campaign group, has called on the government to lift the restrictions immediately and not curb the public’s right to access and share information.

Despite the raised tensions in Jakarta, the actions of a few thousand trouble-makers should not obscure the fact that 158 million Indonesians – a remarkable turnout of 82% of registered electors – voted peacefully for their leader in the world’s most complicated single-day election.

Even most Prabowo supporters will accept the results, with an exit poll by Indikator, a respected survey agency, finding that 94% of voters thought the election was free and fair.

As he considers making a formal challenge to the election results at the Constitutional Court, Prabowo and his backers need to do more to cool tempers and rein in the minority of hot-heads and provocateurs. While maintaining law and order, Jokowi’s government needs to be careful that it does not dole out systemic medicine that is more damaging than the disease.