Both countries have more and more in common, a fact which should challenge old tropes about difference. 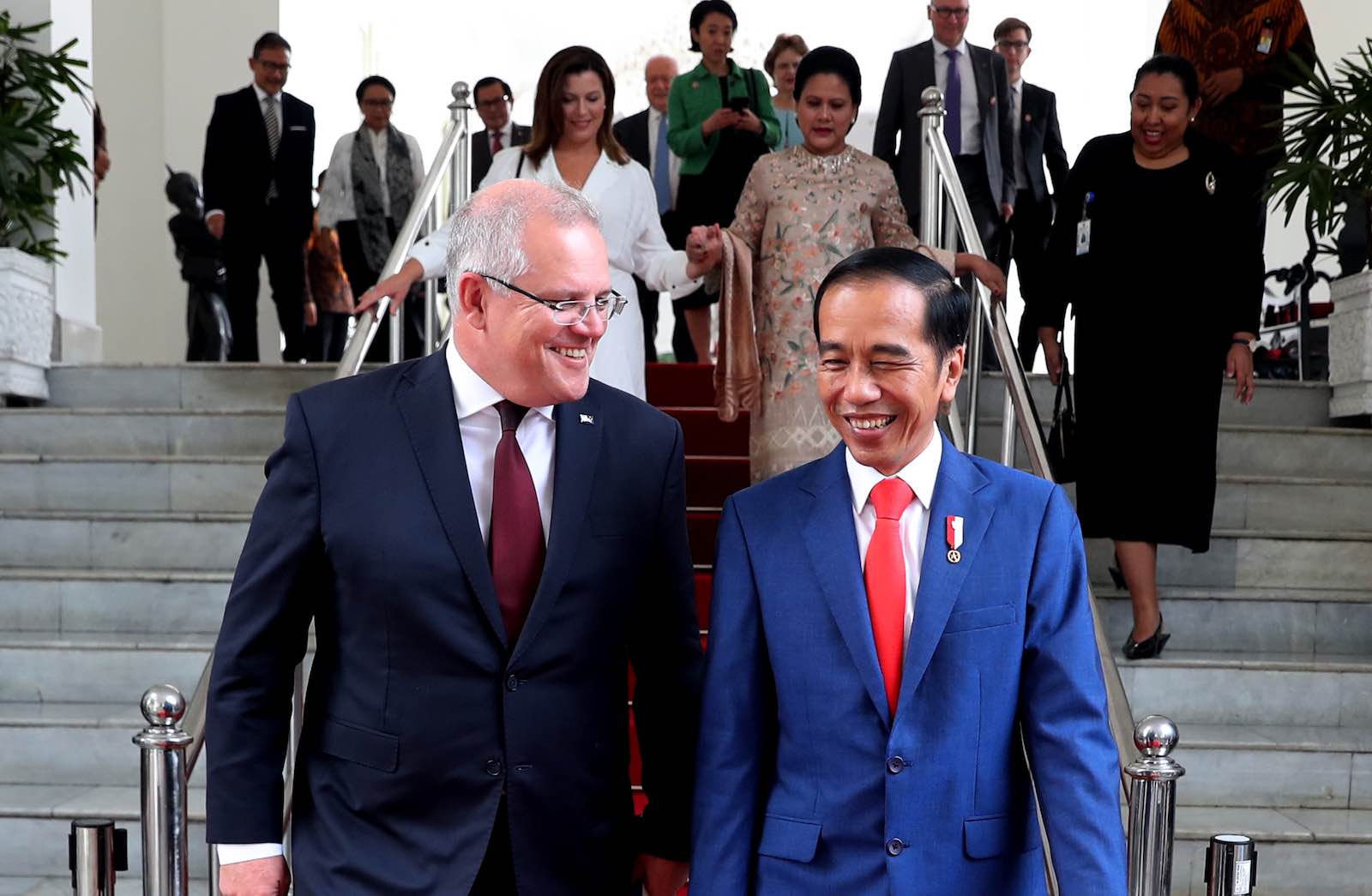 Indonesia’s former ambassador to Australia, Imron Cotan, recently characterised Indonesia and Australia as “like-minded” countries, speaking in the context of economic priorities ahead of President Joko (Jokowi) Widodo’s three-day visit to Australia. However, for many in the Australia media, academic, and policy community, “like-mindedness” is not the first descriptor that springs to mind when considering the relationship.

Rather, marked cultural difference is employed as the explanatory variable for all manner of imagined “crises” in bilateral ties, many of which are exaggerated by sensationalist media coverage and often attributable to more prosaic causes. Such causes include a perceived lack of policy consultation by Canberra on issues of vital national concern to Indonesia (think the deployment of US marines near Darwin, or suspending live cattle exports) and elite posturing to domestic political constituencies (think the Morrison government’s mooted Jerusalem embassy shift, or rampant economic nationalism in Indonesian election campaigns).

But Cotan is right about like-mindedness. Geopolitical and geo-economic forces are proving the catalyst for a growing convergence of interests between Australia and Indonesia as two significant middle powers in the Indo-Pacific region. Increasingly, Australia and Indonesia have more and more in common, a fact which should challenge old tropes about difference.

The last time an Indonesian president addressed the Australian parliament was ten years ago. Much has changed since. Indonesia has been on an upward economic trajectory based on its youthful demographic dividend and massive consumer market. It is home to a thriving digital economy, is a member of the G20, a non-permanent member of the UN Security Council, and a foreign aid donor to other countries, formalised recently in the establishment of “Indonesia Aid”. Moreover, the Indonesian Armed Forces (TNI) has on numerous occasions deployed personnel to Australia to assist with natural disaster relief, the most recent being the Garuda Task Group in response to the summer bushfires.

In terms of the broader Indo-Pacific region, there have been further consequential shifts over the last decade. Under President Xi Jinping, China has become much more assertive in the prosecution of its strategic, technological, and economic interests. This ranges from its expansive investment and infrastructure program known as the Belt and Road Initiative to the increasing use of grey zone operations in the maritime and cyber domains. Both Australia and Indonesia have become more aware of the risk of political interference by state and non-state actors in their respective democratic systems.

With regard to US global leadership, the Trump presidency has cast a long shadow over the open multilateral trading system, and questions over America’s reliability as a strategic partner have been borne out in regional surveys. Such views underpin a recognition by policymakers about the need for policy choices in both strategic and economic terms as a hedge against global uncertainties.

Geopolitical and geo-economic forces are proving the catalyst for a growing convergence of interests between Australia and Indonesia as two significant middle powers in the Indo-Pacific region.

Re-evaluating dependence on single markets in tourism, trade, and investment, and rethinking assumptions about national defence capability based on traditional strategic alliances or assumptions about military pre-eminence must, by necessity, form part of a suite of considerations for Indonesian and Australian policymakers.

Although Jokowi’s visit is focussed mainly on economic matters, there is clearly an important strategic subtext which will inform a range of bilateral engagement initiatives in the years ahead.

Many Australians may not appreciate that Jokowi’s forthcoming visit to Canberra follows a significant escalation in maritime tensions with China in Indonesia’s Exclusive Economic Zone (EEZ). These tensions – manifested in the protracted presence of China Coast Guard Vessels in Indonesia’s waters over the New Year period, accompanied by Beijing’s new claim to “legitimate rights and interests” in Indonesian waters – have been interpreted in Jakarta as a direct challenge to Indonesia’s power. As such, they have become a catalyst for the current rethink on relations with China among Indonesia’s strategic elites.

In contrast to Susilo Bambang Yudhoyono’s 2010 visit – when the Australian government attracted criticism from Indonesian foreign policy analysts for an emphasis on security issues at the expense of economic concerns – the bilateral trade and investment relationship is front and centre for Jokowi’s trip. This builds on the visit he and First Lady Iriana made to Sydney in 2017 during Malcolm Turnbull’s prime ministership.

Significantly, the Indonesian parliament (DPR) has now ratified the Indonesia-Australia Comprehensive Economic Partnership Agreement (IA-CEPA), just ahead of Jokowi’s vist. And despite claims of a lack of interest by the Australian business community in Indonesia, caution emanates also from more pragmatic cost-benefit calculations by Australian companies, which are well informed of both the potential and risks of doing business with Asia’s third giant.

The IA-CEPA will not immediately remove structural impediments represented by overlapping regulations, lack of legal certainty, and the lack of complementarity in the respective economies, but the deal is important symbolically for both countries. Jokowi has tied his legitimacy to expanding Indonesia’s growth to a $7 trillion economy by 2045, principally by opening the economy to increased trade and investment, and in developing Indonesia’s human capital. In his final five-year term, Jokowi is free to push through regulatory reforms evident in the sweeping omnibus laws and in the appointment of a dynamic cohort of young entrepreneurs into economic portfolios. The Coalition government in Australia has also prided itself on its economic credentials, with the conclusion of regional free trade agreements a pillar of its policy success.

There is a consensus among Indonesia’s foreign policy elites and government officials that Australia is an important relationship for Indonesia. Over the last three decades, both countries have been remarkably successful in quarantining bilateral tensions from collaborative middle power activism. This has been evident in their cooperation on the Cambodian Peace Plan, the Cairns Group of agricultural exporting countries, APEC, the ASEAN Regional Forum, and in 2013 the MIKTA middle power grouping, the latter at the height of strains over espionage allegations.

Given uncertainties about rising trade protectionism, China’s strategic ambitions, and now the economic impacts of the coronavirus pandemic, it is likely that hedging against global risks will spur even closer cooperation between Australia and Indonesia as “like-minded” middle powers. If both countries can capitalise on the greater market access conferred by the IA-CEPA, and Jokowi can further advance his economic reform agenda domestically, the economic fundamentals will become an increasingly important pillar of the overall bilateral relationship.