Meanwhile, the rest of the world adjusts to uncertainty in no small part fuelled by the incumbent US President. 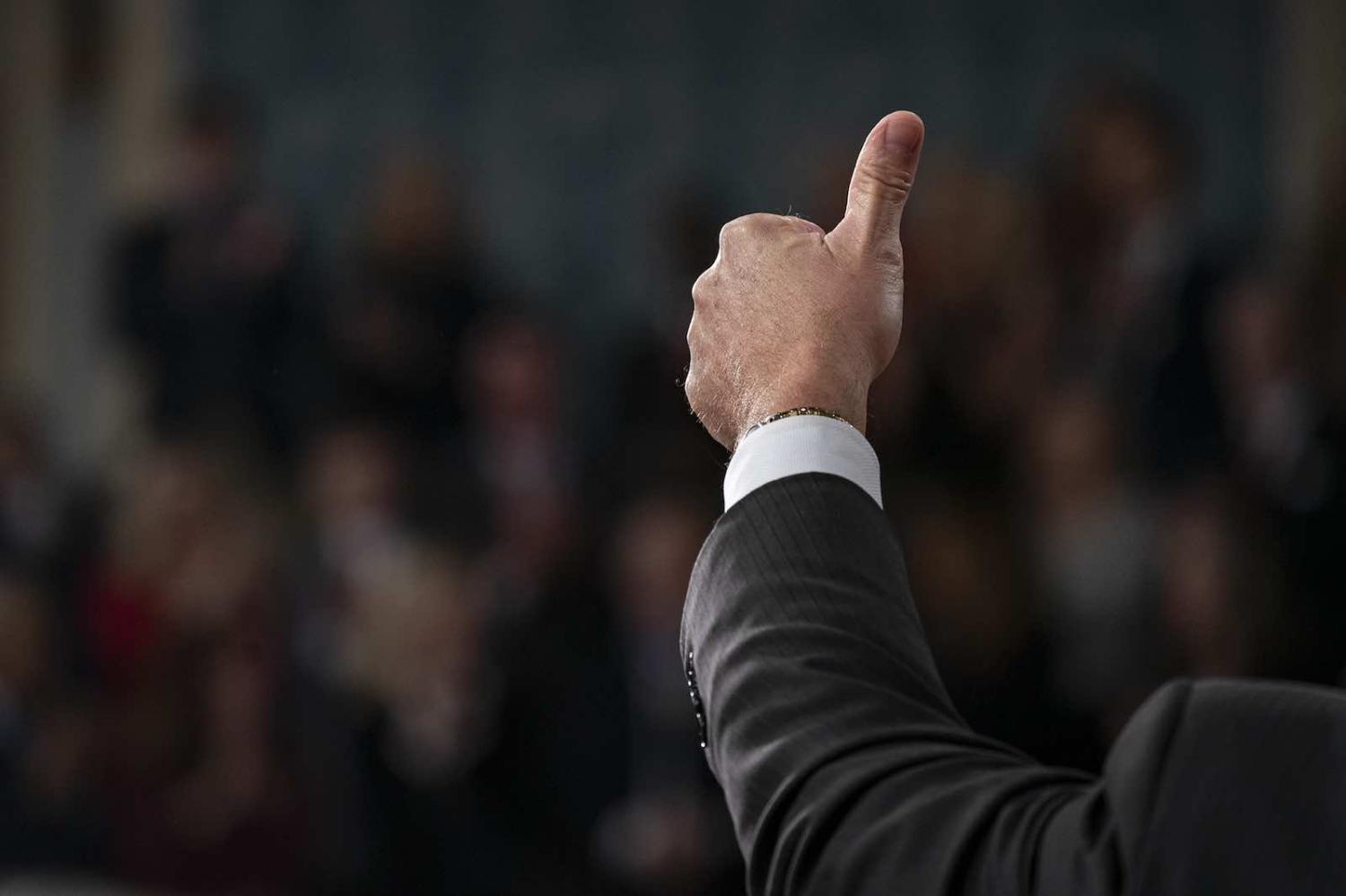 Support from a Republican congressman during US President Donald Trump’s State of the Union Address (Photo: White House/Flickr)
Published 7 Feb 2020

This year’s State of the Union address came as part of a tumultuous trifecta, given it was wedged between the Democratic Iowa caucuses vote count fiasco and the Senate impeachment verdict. Overall, Donald Trump decided not to diverge from the presidential tradition of using the last State of the Union address in the first presidential term to list what he views as his administration’s major achievements over the past three years.

However, what was markedly different and uncharacteristic for Trump was the change in tone compared to the speeches he gave early in his presidency, particularly the macabre mood of his “American carnage” inaugural address. The optimism, upbeat tenor, and references to the bright future made it sound almost like Ronald Reagan’s “Morning in America” advertisement.

Unlike his campaign speeches, the State of the Union was a highly scripted affair and left little space for adlibbing. This meant the joint session of the US Congress was spared the rants about “witch hunts” and “hoaxes”, and more importantly, any reference to the impeachment trial, which concluded with his acquittal less than 24 hours after he left the Capitol. If anything, the delivery veered into reality TV territory with the military family reunion, and a surprise Presidential Medal of Freedom awarded to the controversial conservative radio host Rush Limbaugh.

Yet, given the pace of the presidential campaign and president’s ability to generate more news than any of us can consume, we are likely to forget all about the State of the Union address in a couple of weeks – bar some of the meme-able scenes and gifs. However, the speech should best be interpreted as a campaign relaunch and a highly choreographed presentation of the themes that will dominate Trump’s re-election bid, now he has emerged from the impeachment process with approval ratings on an upward trajectory.

In essence, Trump is vesting his political hopes into continuous economic growth as this is the central piece of his argument for re-election. This is also why he will keep on insisting his political rivals are socialists or dilettantes who will ruin the economy. Immigration is another one of his pet issues that will be repeatedly mentioned as a “promise kept”. From the border wall under construction, other enhanced (and cruel) border security measures to the stricter citizenship and residency requirements, nativist policies abound.

While foreign policy doesn’t get as much coverage in presidential campaigns, Trump is undoubtedly going to continue to portray himself as a decisive commander-in-chief and a deal-maker.

On the social policy front, Trump is going to continue courting some of the Evangelical voters who began to waver in their support. Similar to the State of the Union address, we will certainly hear more about his (latest) stance on reproductive freedom and rights, executive action on religious freedom protections, school choice policies, and similar issues that have been the signature Republican platform since the 1970s.

While foreign policy doesn’t get as much coverage in presidential campaigns, Trump is undoubtedly going to continue to portray himself as a decisive commander-in-chief and a deal-maker. At the same time, “nurturing” rivalries, such as that with Iran, which took up a considerable portion of the speech, is going to serve as a rallying call for his supporters and another point of differentiation from the Democrats.

Those unwilling to scrutinise president Trump’s State of the Union claims could be forgiven for thinking the US is experiencing its best days. However, the facts are irrefutable – the country has never been as economically, politically and socially polarised in its recent history. All the while, on the international stage, friends and foes alike are learning to live in a new world of uncertainty that is in no small part fuelled by the incumbent US President.

Over the past three years, the standard lines of solace usually entailed references to the resilience of democratic norms and institutions, system of checks and balances, and the existence of a widespread resistance movement. Yet, the past couple of days have demonstrated those safeguards are subjected to a historic stress test that is only going to intensify as the November election gets closer.

Previous Article
Brexit and the Pacific: Sink or swim?
Next Article
Australia-Indonesia: An uncertain world makes for firm friends

Demonstrations in Vladivostok a decade ago were quelled, but an attitude of independence from faraway Moscow remains.
Emma Connors 10 Jun 2017 09:06

A US meeting with an ally that didn't lead to fireworks, diplomatic ructions in the middle East, a Belt and Road sceptic and the new space race; it was another busy week on the Interpreter.