Natuna Islands in the South China Sea has flared again, with Jakarta giving every indication it’s not for backing down. 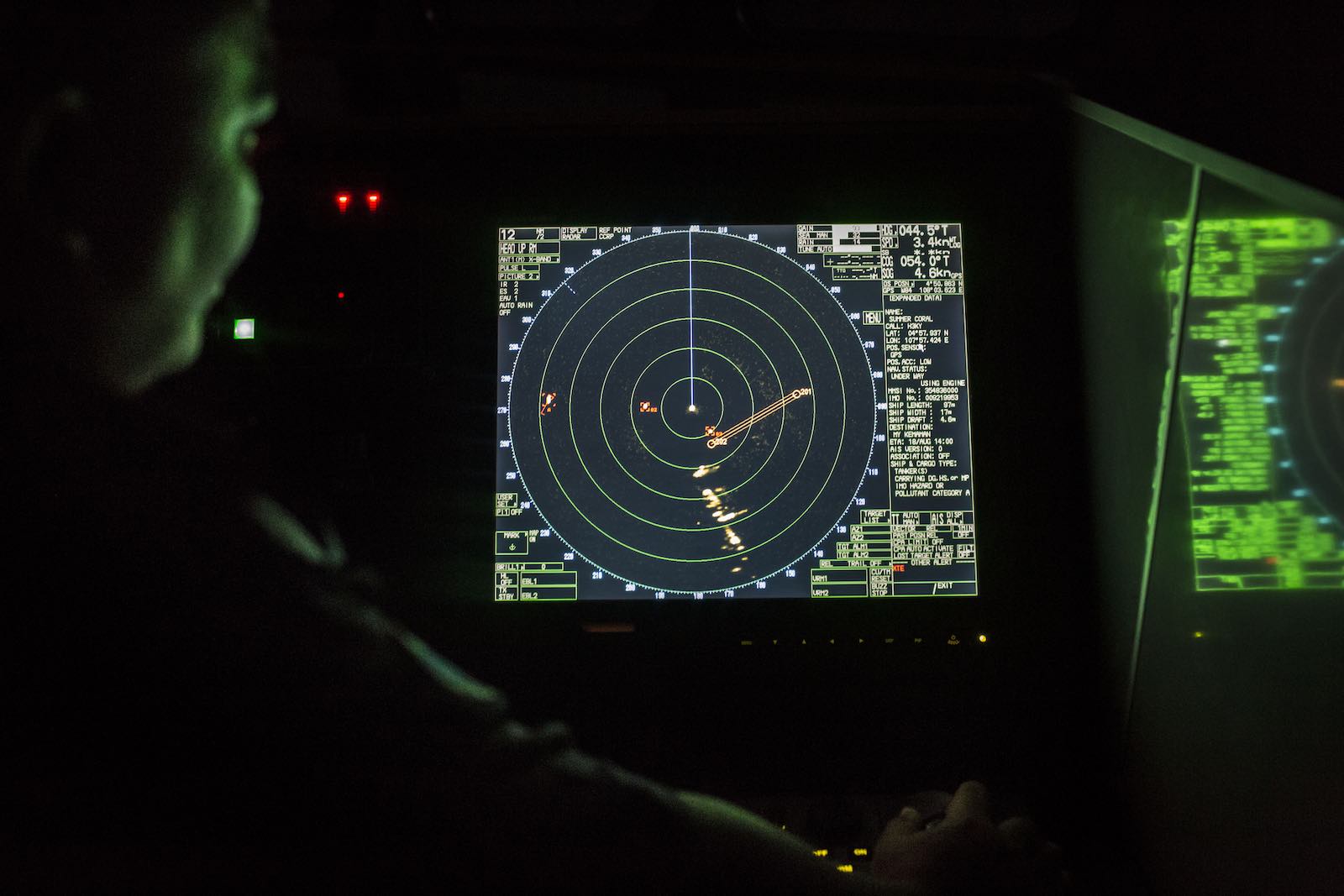 Sadly, for both Australia and Indonesia the New Year has wrought death and destruction with the worst flooding in Jakarta in a decade and an Australian bushfire crisis unprecedented in its scale and intensity. Given such calamities, regional maritime disputes are not at the forefront of most minds during this traditional holiday period. But the resurgence of tensions between Indonesia and China in the South China Sea is a development to monitor in 2020, for it has broader implications for Australia and its partners in the Indo-Pacific region.

After a relative hiatus in maritime clashes in the last three years, Jakarta lodged an official diplomatic protest to Beijing on 30 December in response to reported territorial violations by up to three China Coast Guard and approximately 63 fishing vessels in Indonesia’s Exclusive Economic Zone (EEZ) around the Natuna island chain in late December. China Coast Guard vessels were pursued out of Indonesian waters by Indonesian Navy (TNI-AL) corvettes, but reports have indicated the Chinese vessels are still proximate to Indonesian waters and in no hurry to depart.

The Natuna Islands are located in Indonesia’s Riau Islands province, around 1,100 kilometres south of the Spratly Islands. They form the outermost land features of Indonesia’s South China Sea territories, from which its 200 nautical mile EEZ is drawn, and intersect with China’s nine-dash line claim. The waters have been the site of repeated clashes between Indonesian Naval and Maritime Affairs and Fisheries (KKP) ships with foreign fishing vessels, particularly from Vietnam and China. As a consequence, “Natuna”, as the collective land and water features in the area are referred to simply in Indonesia, are a source of both diplomatic contest and strategic vulnerability.

The sanctity of UNCLOS

Indonesia is not without diplomatic leverage or military capability to deter China if it so chooses to apply it.

An initial statement from Indonesia’s Foreign Affairs Ministry (Kemlu) reiterated that “Indonesia did not have an overlapping jurisdictional claim with China” and that Indonesia “would never recognise China’s nine-dash line claim which contravenes both the … [United Nations Convention on the Law of the Sea] … and the 2016 UNCLOS Tribunal Ruling.” It did, however, highlight Indonesia’s strategic partnership with China and the mutual commitment to the bilateral relationship.

An attempt by the Chinese foreign ministry to give added legitimacy to their claim only prompted an even stronger statement by Kemlu on 1 January, rejecting China’s assertion that “Chinese fishermen had long been active in these waters” as “a unilateral claim with no basis in international law”.

Indonesia’s response to China’s illegal conduct in the South China Sea has broader implications, not just because Indonesia is an increasingly powerful state both in the Southeast Asian subregion and beyond. This response is also important because any pushback by Indonesia against China in diplomatic and strategic terms benefits Australia and its key Indo-Pacific partners the US, Japan, India, Singapore, and Vietnam in imposing further limits on China’s power.

China faces a more formidable challenge testing Indonesia’s resolve on the South China Sea than it does in comparison to the Philippines, Malaysia, or even Vietnam. Home to Southeast Asia’s largest armed forces, Southeast Asia’s largest economy, and de facto leader of ASEAN, Indonesia is not without diplomatic leverage or military capability to deter China if it so chooses to apply it.

Cognisant of such leverage, a member of Indonesia’s parliamentary (DPR) committee (Komisi I) overseeing Defence and Foreign Affairs, Charles Honoris, suggested a number of “stronger options” may be needed in order to deter China. Honoris suggested that Indonesia could review both its bilateral and multilateral cooperation with China, including cooperation on the Belt Road Initiative (BRI) and Regional Comprehensive Economic Partnership, as well as join with fellow Southeast Asian states facing similar territorial challenges to review ASEAN’s trade and investment cooperation with China.

It is interesting that Beijing has chosen to provoke Jakarta at this time. With presidential election schisms over, Jokowi has consolidated his power base in the DPR and appointed former opponents into key cabinet posts. Testing Indonesia on the defence of its maritime sovereignty with former general Prabowo Subianto as Defence Minister seems an injudicious move by China, reflecting perhaps a lack of broader understanding among Chinese officials on how old tropes about an “amorphous Chinese threat” can be manipulated by political elites.

Prabowo has long been seen as anti-Chinese, based on his human rights record and alleged links to anti-Chinese violence in 1998. A tough stance against China may be one way Prabowo could make his mark as Defence Minister, although his comments to date have been notably measured following a recent three day visit to China to discuss bilateral defence cooperation. In fact, Prabowo has attracted criticism for a perceived “soft” response on Natuna provocations.

So, how hard will Indonesia twist the dragon’s tail? That depends on how far China provokes Indonesia on Natuna, of course. With a re-elected President in his final term freed to implement priority policy agendas and a new Defence Minister seeking to make his mark in the portfolio, there may be a greater inclination for a tougher line on China.

Although one would not expect dramatic responses, Indonesia has a range of options at its disposal to impose costs on China for ignoring international legal norms and challenging Indonesia’s territorial integrity. Emboldened by success in securing Southeast Asia’s support for the “ASEAN Outlook on the Indo-Pacific”, an Indonesian-led vision of an inclusive and ASEAN-centred Indo-Pacific order, Foreign Minister Retno Marsudi may also be less inclined to do Beijing any favours with respect to its priority regional multilateral initiatives, such as the BRI or the highly protracted China-ASEAN South China Sea Code of Conduct.

In the meantime, Indonesian Navy (TNI-AL) has launched “Operation Combat Alert Natuna Sea 2020”, including the deployment of up to six naval vessels, whilst the Air Force (TNI-AU) has deployed four of its F16 fighters. On 8 January, Jokowi travelled to Raden Sadjad Air Force Base on Natuna Besar to receive a briefing from Commander Joint Regional Defence Command I (Kogabwilhan I) Vice Admiral Yudo Margono. In addition, the government has requested hundreds of Indonesian fishing vessels enhance Indonesia’s presence in Natuna waters.

Continued assertiveness by Beijing could potentially further sour Indonesia-China relations, a relationship long characterised by ambiguity and distrust. It could also precipitate a harder line by key ASEAN states, led by Indonesia, with regard to South China Sea issues.

Ultimately, a tougher line by Indonesia aligns well with the strategic objectives of Australia and its Indo-Pacific partners, who seek limits to Beijing’s coercive power. The question remains to what extent the Indonesian government will exercise agency and leadership on this issue.

Show Comments
Previous Article
Could Afghanistan be the stage for US-Iran conflict?
Next Article
Climate leadership: An idea whose time has come?