Covid-19 is a loser. Donald Trump is banking on civil unrest in America’s cities to drum up fear – and votes. 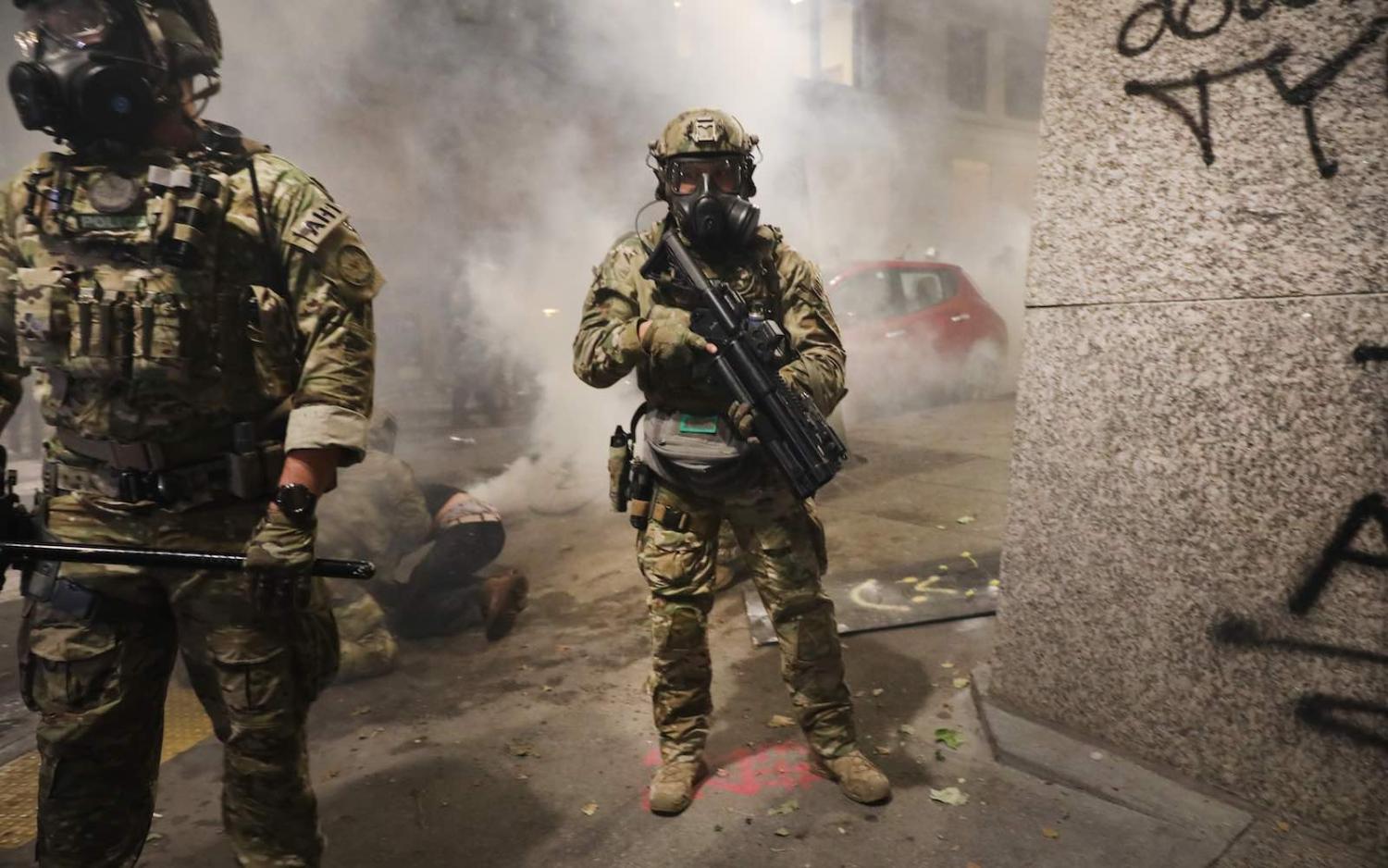 With fewer than 100 days until the next election, US President Donald Trump has made it clear that he’s done with the coronavirus. Last week, he shifted his talking points to align with the advice of public health experts, but he gave no indication that he actually planned to focus on improving the federal response to the pandemic. That issue is a loser for him.

In his bid for re-election, Trump is revisiting the theme of “American carnage” from his first inaugural address, and emphasising that he alone can restore order. In the tradition of populist demagoguery, Trump seeks to persuade Americans that fellow citizens petitioning their government for a redress of grievances are the enemy.

First, it’s possible, particularly for conservatives, to make a case for a federal intervention in Portland. Protesters in Portland had been engaged in nightly confrontations with law enforcement for weeks. There were persistent acts of destruction. Protesters broke windows and set fires, and reportedly threw water bottles, fireworks and rocks at local police. The Portland police responded with arrests and so much tear gas that protesters took them to court and won a judge’s order limiting how much tear gas the city’s police could use. While local officials believed that the size of the protests was declining somewhat in June, police and protesters were exhausted and appeared to be at standoff.

What Trump refers to as a “worse-than-Afghanistan” mess is escalating on his watch, and there are signs that the optics may not work in his favour.

Second, Portland has a history of extremist groups, and the protests included people who align themselves with Antifa, a loosely connected anti-fascist movement that Trump has called a domestic terror organisation. Further, Portland’s local elected officials, like those in nearby Seattle, are broadly supportive of the aims of the Black Lives Matter movement. Critics point to that support as synonymous with creating a permissive environment for protesters. In Seattle, the mayor initially allowed protesters to set up a police-free zone in the middle of the city (Capitol Hill Organized Protest) which had to be cleared by police after an ongoing outbreak of nightly violence.

The Trump Administration’s deployment of federal agents to Portland three weeks ago has been a tactical failure in terms of restoring order. But Trump succeeded in intensifying the confrontation between protesters and law enforcement in Portland. And the deployment of federal troops reinvigorated protests and episodic violence in other cities across the country (Seattle, Oakland, Aurora, Austin and Richmond).

And yet, it seems unlikely Trump’s message is going to find a responsive audience outside of his hardcore base.

While reasonable people can debate the appropriateness of a federal intervention, it’s difficult to defend the aggressive posture and behaviour of the Department of Homeland Security (DHS) personnel deployed by the Trump administration. Legal experts explain that if there’s a legitimate federal interest (ie. protection of federal property and personnel), federal law overrides state law. However, to the extent that DHS agents are patrolling the streets and detaining people by forcing them into unmarked vans, that is not only unlawful, but best described as kidnapping.

Trump, however, argues that DHS has done “a fantastic job” in Portland, and he has threatened to send federal agents into other cities:

It’s not clear whether Trump will follow through on these threats, but it’s a risky political move. What he refers to as a “worse-than-Afghanistan” mess is escalating on his watch, and there are signs that the optics may not work in his favour.

Black Lives Matter is unlikely to serve as an effective enemy for Trump. The movement is playing a long game, has consistently disassociated itself from violence, and has shifted into mainstream culture.

Further, Trump’s overreach is motivating creative acts of civic resistance. Federal law enforcement officers in Portland are being confronted nightly by a “wall of moms”, who link arms, sing protest chants as lullabies and protect the protesters. The mothers were recently joined by some leaf-blowing dads, who use cordless leaf blowers to push the tear gas away from the protesters.

Trump’s decision to use the Department of Homeland Security to advance his political agenda falls neatly into a larger pattern of using federal government agencies for personal advantage. Outrage is warranted, but likely not necessary to ensure his defeat in November. It’s simply not possible – even for a master showman like Trump – to change the subject from an intensifying pandemic that has killed 150,000 people in the US and is not going away anytime soon.

Previous Article
Europe, united in recovery – for now
Next Article
Which side would the US public choose in an India-China conflict?

The online environment is fundamentally toxic and piecemeal solutions will continue to fail to protect the vulnerable.
The Interpreter 30 Dec 2021 08:00

A coup in February sparked countrywide protests and challenged the region to respond.
Nick Bisley 14 Dec 2017 12:14

The author’s imagining of how climate change might transform the US is as unsettling as it is convincingly imagined.