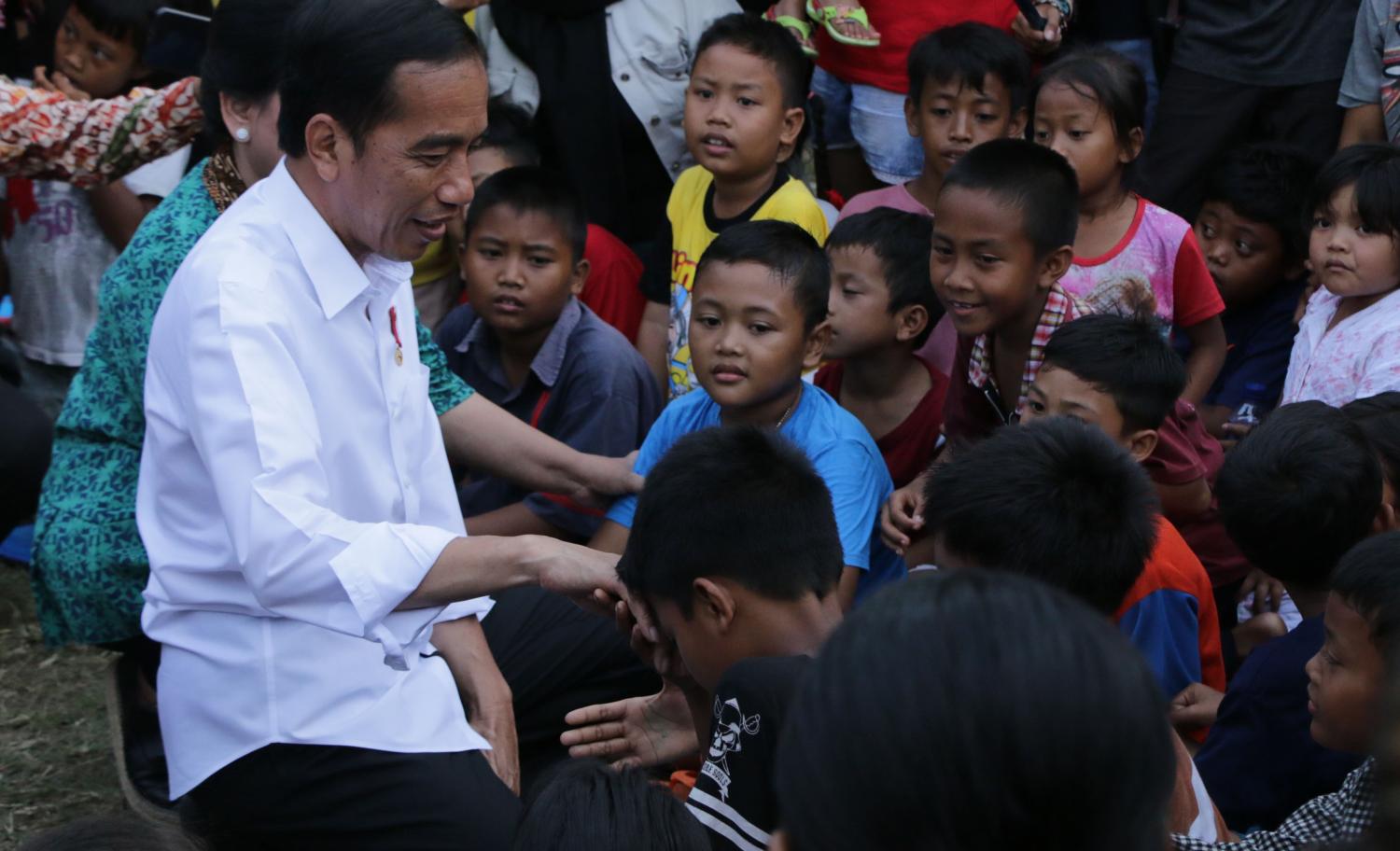 For Joko (Jokowi) Widodo, the first Indonesian President elected from outside Jakarta's elite, the combination of disruptive global forces and the intrinsic features of Indonesia's contemporary polity tested both his leadership and the nation's stability in 2017.

It became abundantly clear that individual elites would pursue political gain at the expense of national unity in a dangerous intensification of populist politics.

Indonesians witnessed the triumph of identity politics and the invocation of threats reminiscent of the Suharto-era by opponents of Jokowi and his close political ally, incumbent ethnic Chinese governor of Jakarta, Basuki Tjahaja Purnama (Ahok). These opponents succeeded not only in their quest to defeat Ahok in the election run-off, but to eliminate him from political contest through a criminal conviction of blasphemy.

In a phenomenon by no means unique to Indonesia's democracy, the corrosive effects of social media served to bolster the political extremes. In Indonesia's case, it was predominately hardline Islamic elements, conservative nationalists and political opportunists who mobilised against the incumbent governor, buoyed by online vitriol.

Three aspects of Indonesia's contemporary polity are worthy of close attention in the year ahead and beyond. First, the growing political force of Islamic coalitions outside the mainstream Islam-based parties; second, the ongoing political influence of high-ranking security force officers almost two decades after the end of the New Order military-backed regime; and third, the enduring manner in which anti-Chinese sentiment is used as a means to delegitimise political opponents.

The mobilisation of hundreds of thousands of Muslim anti-Ahok protestors in November and December 2016, repeated in February and March 2017 (the latter in far lesser numbers), accompanied by a rise in racially and sectarian-charged hate speech, provoked legitimate concerns within the Indonesian government about the country's social cohesion. The tumultuous political developments prompted some international observers to fear Indonesia was lurching towards an Islamic state.

For political analysts, groups such as Islamic Defenders Front (FPI) have traditionally been understood as proxy militia groups, or more profanely, 'rent-a-thugs'. Backed financially and logistically by former military officers and political figures, they could be both mobilised and shut down relatively easily by their political masters.

However, the danger that became more apparent throughout last year was that in an era of ubiquitous social media, reining in militia groups was not unachievable and containing the spread of their radical sentiment was potentially more challenging. Informal coalitions of different Islamic-based groups could mobilise in large numbers to challenge democratically-elected leaders and ultimately the pluralist basis of the Indonesian state.

In the context of increasing social unrest, the political allegiance of Indonesia's security forces became a key variable in determining the outcome for the Jokowi administration. The political contest was notable for the very different roles played by former Indonesian armed forces (TNI) Commander, General Gatot Nurmantyo, and Indonesian National Police (POLRI) Commander, General Tito Karnavian. Indeed, their roles in the playbook belied an orthodoxy in some Western diplomatic circles that the military and police were (conveniently) a spent political force in Indonesia.

Nurmantyo's inflammatory comments at the time of the first anti-Ahok protests appeared to unnerve Jokowi. Unsure of the TNI Commander's loyalty and as rumours of coup plots swirled, media speculation emerged that Jokowi was considering Nurmantyo's dismissal. Nurmantyo's generally provocative behaviour further prompted concerns among civil society organisations about the TNI Commander's political machinations, if not his deference to civilian executive authority.

Karnavian, by contrast, proved an indispensable balancing actor for the President against destabilising elements. POLRI's pursuit of charges against FPI leader, Muhammad Rizieq Shihab, and his careful management of the protests cemented Karnavian's place as trusted Jokowi confidant and his authority over domestic security concerns. Senior military figures aside from Nurmantyo also acted to stabilise Jakarta's heated political climate. The FPI leader was reportedly summoned by a powerful former TNI officer loyal to Jokowi and presented with an ultimatum: cease provocations and leave Indonesia or face an indeterminate period of detention.

The role of senior TNI and POLRI officers throughout Jakarta's turbulent election year underlines how much civilian politicians – particularly those from outside Jakarta's elite military circles – continue to rely on the support of senior security force figures as political balancing actors and key intermediaries. Conversely, despite TNI's exit from formal politics in 2004, the political aspirations of senior officers can prove a highly destabilising element in post-authoritarian Indonesia.

Perhaps one of the most disturbing aspects of Indonesia's recent political developments was the rise of anti-Chinese sentiment. Anti-Ahok elites were successful in invoking a Suharto-era narrative based on the 'triangular threat' posed by Indonesian communism, mainland China and the ethnic Chinese minority. With its roots in Indonesia's political history, characterised by a deep enmity towards Beijing and its support for communist subversion in Southeast Asia, opponents of Ahok also successfully exploited the racism resident in hardline Islamic circles and in negative public perceptions about the economic dominance of the ethnic Chinese, as well as questions about their national loyalties.

What to expect in a year of simultaneous provincial, district and municipal elections?

The exploitation of primordial sentiment for political gain looks set to intensify ahead of elections scheduled for June. This, of course, has broader implications, not just for Indonesia's social cohesion and investor confidence, but also potentially for its foreign policy. The uptick in anti-Chinese rhetoric and offensive remarks by senior officials, such as Nurmantyo, will have been watched closely by Beijing. Similarly, Indonesia's neighbours will monitor developments in the coming year with some anxiety about Indonesia's trajectory as a moderate, Muslim democracy and its significance as a large Indo-Pacific state committed to a rules-based order in the context of heightened geopolitical tensions.

In the race for a percentage of the vote on 27 June that will enable parties to nominate presidential candidates, influential retired and serving security force officers will continue to act as pillars of support for Jokowi in his quest for a second term or, conversely, as destabilising actors in pursuit of personal political agendas. In 2019, Indonesia may well again see a president or vice president with 'Jenderal (Purn)' in his title.

Finally, the mobilisation and political influence of issue-based Islamic coalitions outside the mainstream Muslim parties, such as the National Mandate Party (PAN) and Justice and Prosperity Party (PKS) is something that will require close scrutiny. Evidence of greater cross-fertilisation between Sunni militia groups such as FPI and Salafist elements would present a worrying trend in terms of radicalisation, if not for the future viability of Indonesia's democracy.

Friction between the panel and audience and Australia’s climate change policies was on display – and plenty more, too.
Helen Clark 11 Jul 2017 16:18

Vietnam regards naval activity by larger nations like India and the US in the area as a useful deterrent against China.
Teddy Winn 10 May 2022 14:00