Tackling a deadly disease is a challenge enough without old prejudices standing in the way of cooperation. 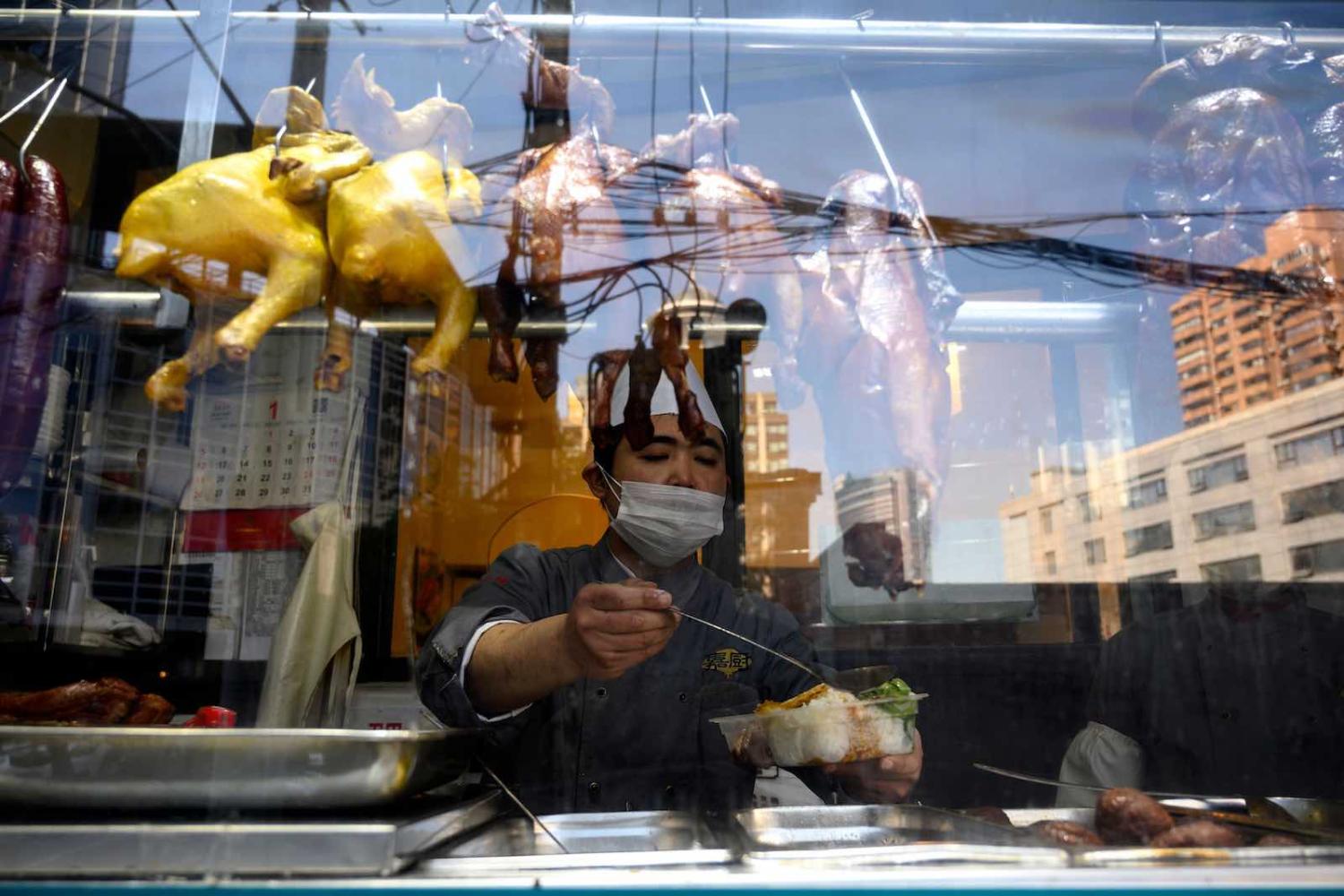 Apparently sparked by ignorance over the COVID-19 coronavirus outbreak, a woman wearing a face mask was allegedly assaulted and called “diseased” this month at the Grand Street subway station in New York City’s Chinatown. Meanwhile, on the other side of the world, a man sitting next to a Chinese-British writer on the London underground jumped up and rushed away, saying “I’m not sitting next to the coronavirus.”

Earlier, at one of Rome’s popular tourist sites, a café posted a sign saying “all people coming from China are not allowed access in this place”. A notice on the window of a nail salon in Vietnam read “Sorry we don’t accept Chinese customers for coronavirus.” And a restaurant in Hong Kong declared on their Facebook page that going forward they would take orders only in Cantonese or English, and not Mandarin – a not-so-subtle way of saying mainlander customers were not welcome.

More and more people of Chinese origin, and in a good number of cases, even people of other east Asian descent, have experienced this kind of xenophobic hysteria across the world since the outbreak of the novel coronavirus epidemic.

The alarming intensification of Sinophobia, to a certain extent, is a reaction to the rise of an authoritarian superpower, which is also the world’s second largest economy.

While quite a few mainstream media outlets in the West have called out the panic based on ignorance and racism, such sentiment still echoes. A regional French newspaper ran a front-page headline warning of “yellow alert”, alluding to the century-old racist phrase “yellow peril”. An op-ed titled “China is the real sick man of Asia” appeared in the Wall Street Journal. (Chinese authorities subsequently expelled three reporters from the Journal, an overreaction not least because the newsroom and opinion section are operated separately).

This kind of derogatory language, which historically has symbolised bigotry toward Chinese, is all too familiar. Bruce Lee, for example, in a 1972 movie with settings in the 1910s Shanghai, famously kicked a sign "Sick Man of East Asia" which insulted Chinese people as disease-stricken “weaklings”.

Sadly even today, the click bait of sensational photos and videos showing “weird” food culture, presumably in China, without serious verification, still flood social media when a health crisis such as this one takes place. Among them, a video showing a Chinese woman taking a bite of a cooked bat became almost the symbol of the root cause of the current outbreak, as the spread of the virus was believed to have begun at a Wuhan seafood market where wildlife trade was also happening. The true story behind the video, however, is that it has nothing to do with Wuhan, and it was not even set in China. The woman, host of an internet travel show, was posing for the camera trying a local delicacy in the Pacific island nation Palau back in 2016, an act not that different from what Anthony Bourdain did on his CNN show Parts Unknown. Nor does placing blame on culinary culture alone – even allowing that most Chinese don’t tuck into “unusual” dishes – does not explain other public health emergencies.

With 28 countries so far reporting confirmed cases of the virus, caution over the mysterious deadly illness is expected and natural. Yet it is important to emphasise that Chinese people are the victims, not the culprits, of this epidemic.

The alarming intensification of Sinophobia, to a certain extent, is a reaction to the rise of an authoritarian superpower, which is also the world’s second largest economy. In recent years, an increasingly assertive China has unsettled its neighbouring nations, prompting deep suspicion and mistrust in the region, and among its main rivals in the West. Such sentiments, unfortunately, have spilled over to innocent people of Chinese origin or descent, and the current virus outbreak appears to have compounded the problem.

Meanwhile inside China, as they suffer from this crisis and the economic loss it has caused, citizens are making every effort to get through the hardship, with China’s social media buzzing with stories including donations of critically needed medical supplies, efforts to take stranded people shopping, and the sharing of vital information to help one another out. Construction teams have worked around the clock to build new massive hospitals in a matter of days, and doctors have stayed on shifts to the point of exhaustion.

And more impressively, over the last two months, doctors and scientists have pushed back against the stern ruling Chinese Communist Party structures in a backlash; reporters and grassroots netizens have taken risks pushing the envelope of censorship – even in the face of attempts to control information. The general public has found a renewed urgency in trying to hold the authorities accountable, seeking transparency and prodding the officials into action.

Viruses don’t discriminate, they affect everyone, regardless of one’s colour, nationality, or language. From SARS to MERS, from H1N1 to Ebola, like any patients impacted by diseases in any corners of the world, Chinese people deserve empathy, respect, and help from the international community. By trading panic and hatred for compassion, it will be easier to achieve a shared goal of defeating the pathogen. “Don't do unto others what you don't want done unto you” is a quote often attributed to Confucius – but it is a sentiment that is heard around the world.

The seafood you bought from your local market could have been caught by a slave.
Nick Bisley 31 Jan 2017 15:27

Hard power at the service of America is now the centrepiece of US international policy.