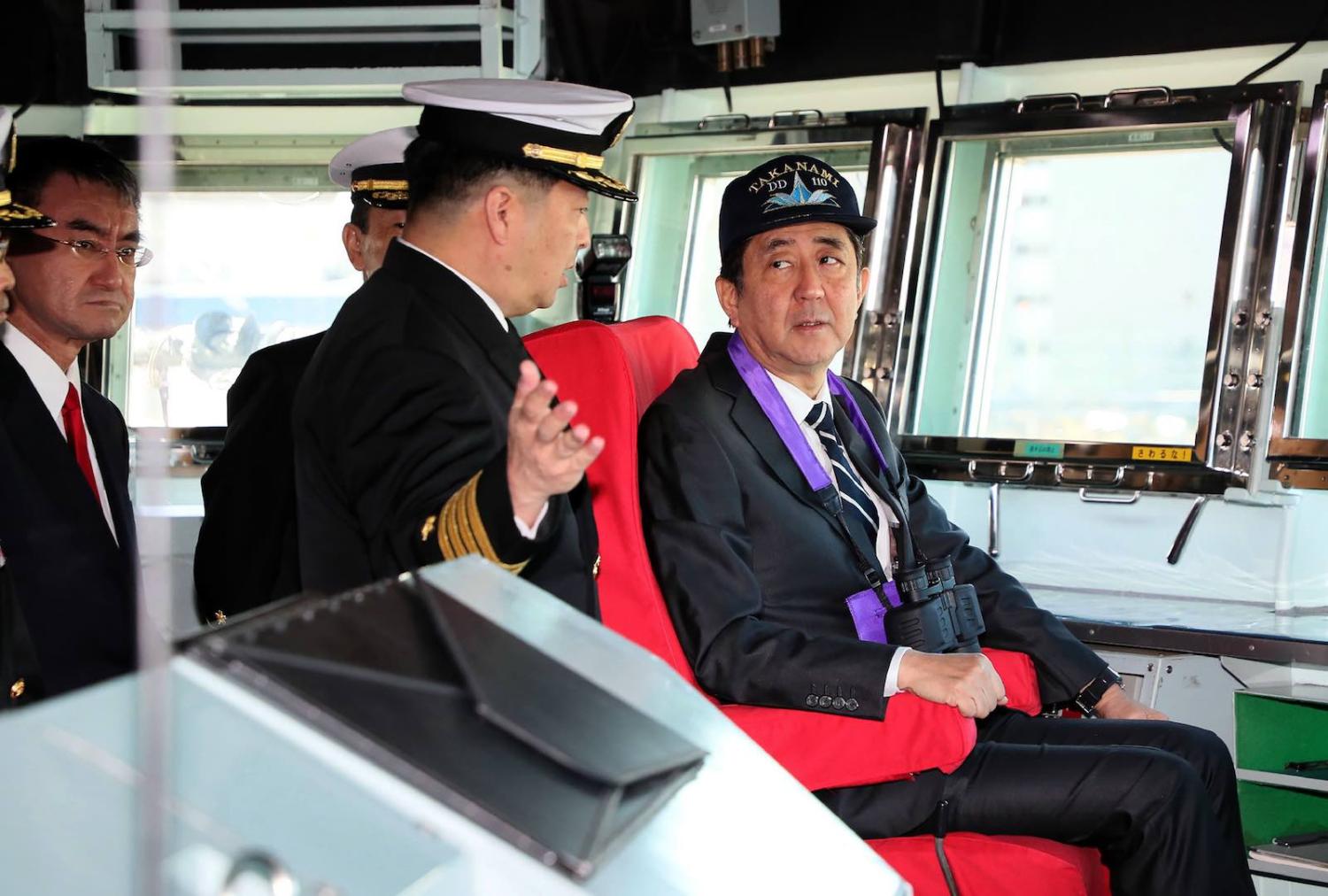 The last day in September in 2021 will mark the end of the current term for Abe Shinzo as President of the Liberal Democratic Party (LDP), and Prime Minister of Japan.

Due to LDP policy that a president cannot serve more than three consecutive terms, the next 18 months will most likely be Abe’s last opportunity as Prime Minister to pursue his cherished goal of amending Article 9 of the Japanese constitution. After dealing with corruption allegations in his own party at the end of last year, preparations are in place to pursue a minor amendment to the famous article.

Abe certainly has a powerful base. He became the longest serving Prime Minister last November and has now won six elections (upper and lower house) in a row. His longevity, due in part to a weak opposition, has provided political stability in Japan. Yet notably, Abe had an eight point drop to 41% in the most recent Mainichi newspaper poll in February, which is the sharpest fall in two years. He will be hoping that the Tokyo Olympics will give him a bounce in the polls and allow him to call an early election in the lower house.

Article 9 according to Abe is a limitation on Japan’s rights to have a fully functional defence force which includes offensive military capabilities.

Unlike previous LDP prime ministers, who were discreet in their intentions to amend Article 9, Abe has been open about his long-term plan. His focus, which was heavily influenced by his maternal grandfather and former prime minister Nobusuke Kishi (1956–1960), is that the 1946 Constitution was imposed upon Japan by the United States-led occupation forces. Article 9 according to Abe, therefore, is a limitation on Japan’s rights to have a fully functional defence force which includes offensive military capabilities. From this perspective, Japan cannot be a “normal state” until Japan has a fully functional armed force.

It is worth noting that Abe has taken a cautious approach on the amendment issue. He is only advocating for an additional clause that acknowledges the existence of the Self Defense Forces (SDF). The strategy, which is to make the change as minimal as possible with the view to reduce opposition, is indicative of the delicate political manoeuvring that is ongoing in Tokyo.

Drafting of the third clause is highly political and is being closely scrutinised. One draft being discussed is “The provisions of the preceding two paragraphs do not hinder the exercise of the right to self-defence.” Even this seemingly innocuous statement is problematic in Japan. The SDF, which has been in existence since 1954 when a high court ruling interpreted that this was within the interpretation of Article 9, is not universally recognised as in the spirit of the constitution. Nonetheless, the SDF has been accepted as legitimate by the then Socialist Party since 1994, and the SDF is associated with international peace keeping efforts and assistance during natural disasters in Japan so has a high profile and a positive image in the public arena.

Abe’s chances of pushing through even moderate changes to the cherished 1946 “Peace Constitution” are not guaranteed, however. The requirements for constitutional change are a formidable challenge; two-thirds majority in both Houses of the Diet, and at least 51% support in a referendum. Currently the LDP/Komeito coalition have a two-third majority in the Lower House, but only 141 seats of 245 available seats in the Upper House. It means tricky political negotiations with the People’s Party (Kokuminto) and the Constitutionalist Party (Rikken Minshuto) to secure sufficient support in the Diet.

The additional complication is that Abe’s coalition partner, Clean Government Party (Komeito), has traditionally opposed any amendment of Article 9. As a consequence, a push towards an amendment will be divisive within Komeito and may damage the party and indeed lead to a rupture in the coalition. Although Komeito is a small party (only holding 29 seats in the Lower House and 28 seats in the Upper House), its support is crucial. As well as providing numerical support to achieve a powerful two-thirds majority in the Lower House of the Diet, Komeito has served to make the LDP more accommodating and therefore, more acceptable to Japanese voters.

Even if the above political conundrums are resolved, the major obstacle to amendment is the extraordinary emotional responses Article 9 generates from the public. For many Japanese, Article 9 is an unambiguous statement that Japan will never again be an aggressor nation. The fact that the 2015 Peace and Security legislation, that allowed SDF forces to assist allies in certain circumstances, sparked mass protests on a scale not witnessed since the 1970s, does not bode well for even a minor amendment to a referendum.

Opponents would view such an attempt as a precedent for a more substantial amendment in the future and therefore would resist with substantial, high profile public protest. Polling, which is always problematic, demonstrates the difficulty in gauging the results of a referendum. In a public opinion poll by Sankei Shimbun and the FNN (Fuji News Network), in January this year, for example, 44.8% of respondents answered in favour of the constitutional amendment by Prime Minister Shinzo Abe and 40% were opposed. A month later, a telephone poll conducted by the Mainichi Shimbun suggests that 56.5% expressed opposition while 33.3% were supportive.

Will Abe attempt to push through his amendment after the Olympics? At this stage it is too early to do more than speculate, but it is likely despite the obstacles in the way.

Previous Article
A US-Taliban deal: What price for peace?
Next Article
Be vigilant to reawakened racism in the face of a viral outbreak

Australia and Japan are currently more united in mutual caution than shared strategic ambition for the bilateral defence relationship
1 Dec 2016 18:01

Twice as many people move to Japan than to Australia, now Japan is finally set to accept foreign labourers.