It’s time for a “Quad” of coast guards

This modest proposal could help bring stability and security to the Indo-Pacific, without the military fanfare. 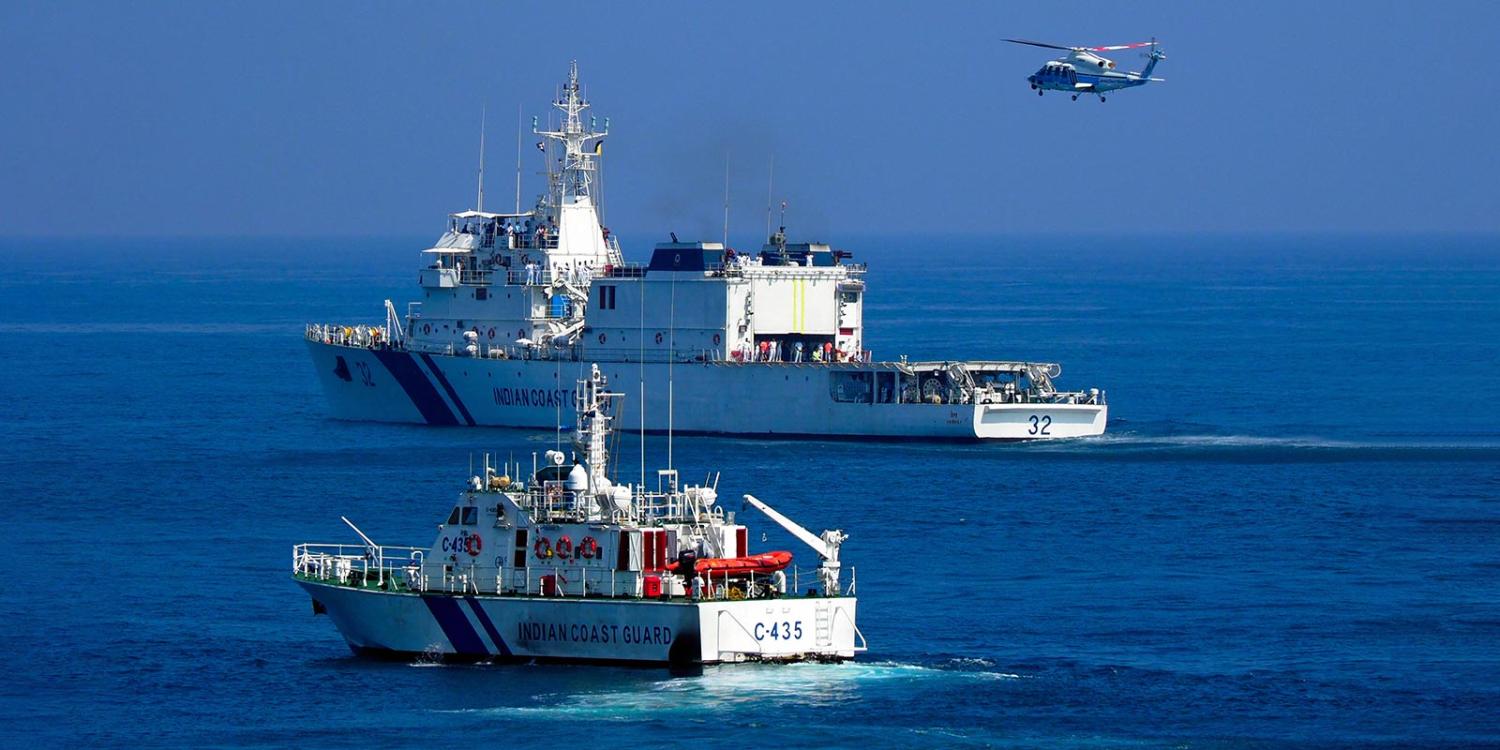 The so-called Quad group of Indo-Pacific maritime democracies – Australia, India, Japan, and the United States – is a valuable grouping, although it is still underutilised in many ways. One of the most effective ways that these countries could work together to enhance maritime security in the Indo-Pacific would be through coordinating the work of their coast guard agencies.

Much attention is now focused on naval cooperation as a way to stabilise a region that has been destabilised by a rising and often assertive China. There is no doubt this is extremely important, but a great deal of the legwork in maintaining maritime security is increasingly falling to coast guard agencies. The so-called “white hulls” of the region are often on the front line in dealing with issues such as piracy, illegal fishing, humanitarian and disaster relief, search and rescue, and the smuggling of drugs, people, and arms.

Australia needs to find innovative ways to help enhance the capabilities of our friends and partners in Asia, the Pacific, and the Indian Ocean.

White hulls are also increasingly being used in roles traditionally reserved for navies. The maritime boundary disputes in the East China Sea and South China Sea are now often played out between coast guards from China and other countries. This trend will likely only continue in the future, as white-hull vessels take an ever-greater share of responsibilities, often with the support of traditional naval assets.

There may be a similar trend between other countries. Navies have long been at the forefront of security cooperation, but navy-navy cooperation can sometimes carry serious limitations, driven by both cost and politics. The primary purpose of naval ‘grey hulls’ is to fight wars, and some countries are cautious about how much they cooperate on an operational level. Coast guards are therefore not only useful for maritime law enforcement, but can also be a convenient tool for international cooperation.

Australia’s coast guard agency, the Australian Border Force, runs on a hybrid basis, deploying some dedicated ships and aircraft, but heavily supplemented by Australian Defence Force assets. Its status as a civilian agency still garners it many benefits in dealings with other countries.

Coast guard agencies across the Indo-Pacific are increasingly finding ways to work together. The Heads of Asian Coast Guard Agency Meeting (HACGAM) is a regional grouping that provides opportunities for networking and information sharing among coast guards of its 22 member states.

The 16th annual HACGAM summit, to be hosted by Australia in 2020, will be an important opportunity for Australia to strengthen its operational links with other coast guards across Asia (although HACGAM is limited in its reach – the grouping does not include many coast guards in the Pacific and Indian oceans with which Australia needs to build links).

Coast guards are also increasingly working together bilaterally. The Indian and Japanese coast guards have been conducting joint exercises off southern India since 2000, a testament to the value those countries see in this form of cooperation.

Indeed, the Japan Coast Guard is often at the forefront of the country’s efforts at maritime capability-building in the region, partnering with several countries in Southeast Asia and the Indian Ocean. Japan’s constitutional restrictions on militarism mean that the Japan Coast Guard has considerably greater freedom to deploy to distant waters and partner with other countries, as compared with the Japanese navy.

The Australian Border Force has also been active in developing relationships throughout the region in recent years, mostly on a bilateral basis. There remains a big gap, however, in coordinating various regional capacity-building activities being undertaken by Australia, India, Japan, and the United States.

This is where the Quadrilateral group comes in. It provides a valuable forum for sharing perspectives among senior officials of the four countries. Some remain cautious about the grouping, especially wanting to avoid it being perceived as a military alliance. This is why India has been hesitant about participation by the Royal Australian Navy in the annual Malabar naval exercises.

Quadrilateral cooperation through the countries’ coast guards could provide an answer to this political problem. As principally law-enforcement agencies, coast guards can provide many practical benefits in building a stable and secure maritime domain, without the overtones of a military alliance.

A Quad of coast guards from Australia, India, Japan, and the United States could focus on fishing, smuggling, and other maritime law enforcement without carrying the political baggage that accompanies cooperation among navies. This could enhance coordination among them and potentially provide a core group for collaboration with other coast guards across the Indo-Pacific, including in the South China Sea, Pacific and the western Indian Ocean.

Australia needs to find innovative ways to help enhance the capabilities of our friends and partners in Asia, the Pacific, and the Indian Ocean. Cooperation and coordination through the Quad would be an effective way of leveraging our limited resources.

Previous Article
“Security Brexit”: Johnson follows Trump in the Persian Gulf
Next Article
70 years of the Geneva Conventions and why we need them more than ever

Reform in Saudi Arabia: will MbS squib it?

Saudi Arabia’s young tyro is trying to keep up with citizens who are demanding a lot more of their rulers and system.
Philippa Nicole Barr 18 Oct 2021 12:00

Most nations will breach new air quality guidelines from the World Health Organisation. Better coordination is a must.
Dymples Leong 25 Jun 2020 13:00