ASEAN will never be in the business of naming and shaming, but its past way of doing diplomacy is evolving. 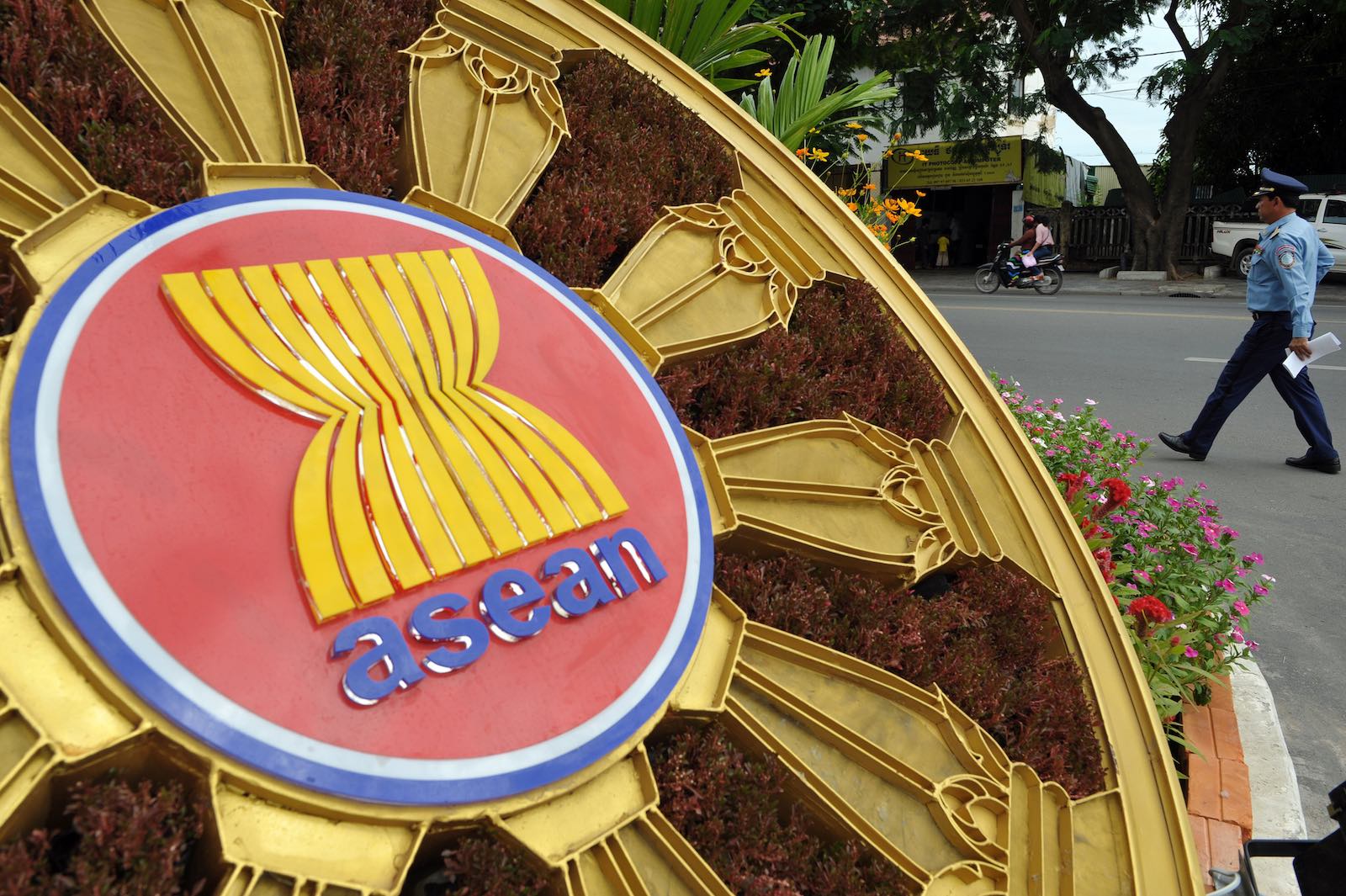 Now is not the first time that the principle of non-interference has prevented ASEAN taking a stance on Myanmar (Photo: Tang Chhin Sothy via Getty)
Published 29 Apr 2019 12:30   0 Comments       Follow @becjbarber

This week, diplomats from Australia and the Association of Southeast Asian Nations will gather in Malaysia for the 31st ASEAN-Australian Forum. Even with the Australian government so keenly focused on the upcoming federal election, the meeting is an opportunity to discuss ASEAN’s role in tackling the crisis in Myanmar’s Rakhine State that shouldn’t be missed. Caretaker conventions do not prevent the Australian government from using its influence internationally to promote and protect human rights.

The situation in Rakhine State has been under the international spotlight since the exodus of over 700,000 Rohingya refugees into Bangladesh in 2017, yet there is little sign that the situation is improving. The Rohingya are still denied basic human rights, the violence is ongoing, and it doesn’t appear that refugees will be returning home any time soon.

Above all, despite extensively documented violations of international human rights and humanitarian law by the Myanmar military, there is no immediate prospect of any of the alleged perpetrators being held to account.

ASEAN’s not said much about the crisis so far, beyond bland statements in support of Myanmar’s efforts towards peace, or stressing the need for a durable solution, or “expecting” that Myanmar’s Independent Commission of Enquiry will independently and impartially investigate alleged human rights abuses.

Australia hasn’t said much either. Following a visit to Myanmar in 2018, Foreign Minister Marise Payne said simply that Australia was working with Myanmar to “encourage efforts towards peace and reconciliation”. She didn’t say anything about allegations of genocide, or the need for accountability, or the fact that the violence is ongoing, or about the need to build an environment to which refugees can safely return.

In commentary on ASEAN’s role on the Rohingya crisis, much has been made of the “ASEAN Way” – the principles of absolute sovereignty, non-interference and consensual decision-making that have traditionally guided the interaction between ASEAN member states.

Now is not the first time that the principle of non-interference has prevented ASEAN taking a stance on Myanmar. In 1992, a Malaysian government official justified ASEAN’s softly-softly approach to Myanmar’s military regime by explaining that “we prefer to do things quietly, the ASEAN Way, so as to give face to the other side.” When Myanmar applied for ASEAN membership in 1996, Thailand and the Philippines objected because of Myanmar’s human rights record. The other member states disagreed – Malaysia’s Prime Minister Mahathir Mohamed saying at the time that “ASEAN must resist and reject” such attempts to “apply pressure on a potential candidate” because it was “not a part of the ASEAN Way”.

One can only assume that Australia’s reluctance to take a stronger stance on Myanmar’s treatment of the Rohingya is, at least in part, in deference to the ASEAN Way.

But recent years have seen evolution within ASEAN. There has been increasing reference to human rights and fundamental freedoms, to constructive engagement, and to being “action-oriented” and responsive. The ASEAN Community Vision 2025 envisions an ASEAN “empowered … to seize opportunities and address challenges”, and undertakes to ensure its people enjoy human rights and fundamental freedoms. The ASEAN Political-Security Blueprint 2025 commits to “enhancing the ASEAN Regional Forum [ARF] as an action-oriented mechanism that develops concrete and effective responses to … common challenges”, and to responding to crises “in an effective and timely manner”.

There is an inherent tension between the commitment not to interfere in the affairs of others and the commitment to promote and respect human rights.

There is an inherent tension between the commitment not to interfere in the affairs of others and the commitment to promote and respect human rights. Where there are credible allegations of human rights violations committed by an ASEAN government against its people, which principle gives?

This tension is garnering increased recognition within the region. In 2006, Mahathir said that the “secret for ensuring ASEAN’s future survival” lay in its ability to manage “continuity and change”, and that ASEAN’s principles might “require refining or updating in order to be relevant and responsive” to changing needs. The same year, an Eminent Persons Group established to report on the ASEAN Charter advised that “ASEAN may need to calibrate the traditional policy of non-intervention”. In 2018, 132 parliamentarians from across ASEAN issued a statement calling upon ASEAN to “press the [Myanmar] government and military to end all forms of human rights violations against Rohingya” – evidencing an increasing willingness from within the region to preference human rights over non-interference.

In 1999, Aung San Suu Kyi said that ASEAN’s “policy of non-interference is just an excuse for not helping”. With ASEAN’s commitments to human rights and fundamental freedoms and to being action-oriented and responsive, this should not be the case today.

ASEAN has made plenty of suggestions about what a more proactive approach might look like. The ARF’s Preventive Diplomacy Workplan provides a list of “optional and voluntary preventive diplomacy mechanisms”, including a “good offices role”, expanding the function of the ARF Experts and Eminent Persons, fact-finding and observer missions, mediation and facilitated dialogue. Other possibilities include a strengthened mandate for the ASEAN Intergovernmental Commission on Human Rights, or a regional criminal tribunal – filling what the Special Rapporteur on human rights in Myanmar recently referred to as the “purgatory of international inaction” on accountability for crimes against the Rohingya.

ASEAN will never be in the business of naming and shaming, but there is a balance to be found between ASEAN’s traditional principles and its interest in being able to respond to contemporary challenges. As a founding member of the ARF and a contributor to ASEAN’s work on preventive diplomacy, Australia should ensure that all these issues are on the table for discussion this week.

Show Comments
Previous Article
Tsai wins US sympathy, but what about Taiwan’s voters?
Next Article
Japan: grasping for hope in a new imperial era