Taiwan’s President portrays herself as the only reliable choice against an assertive China. 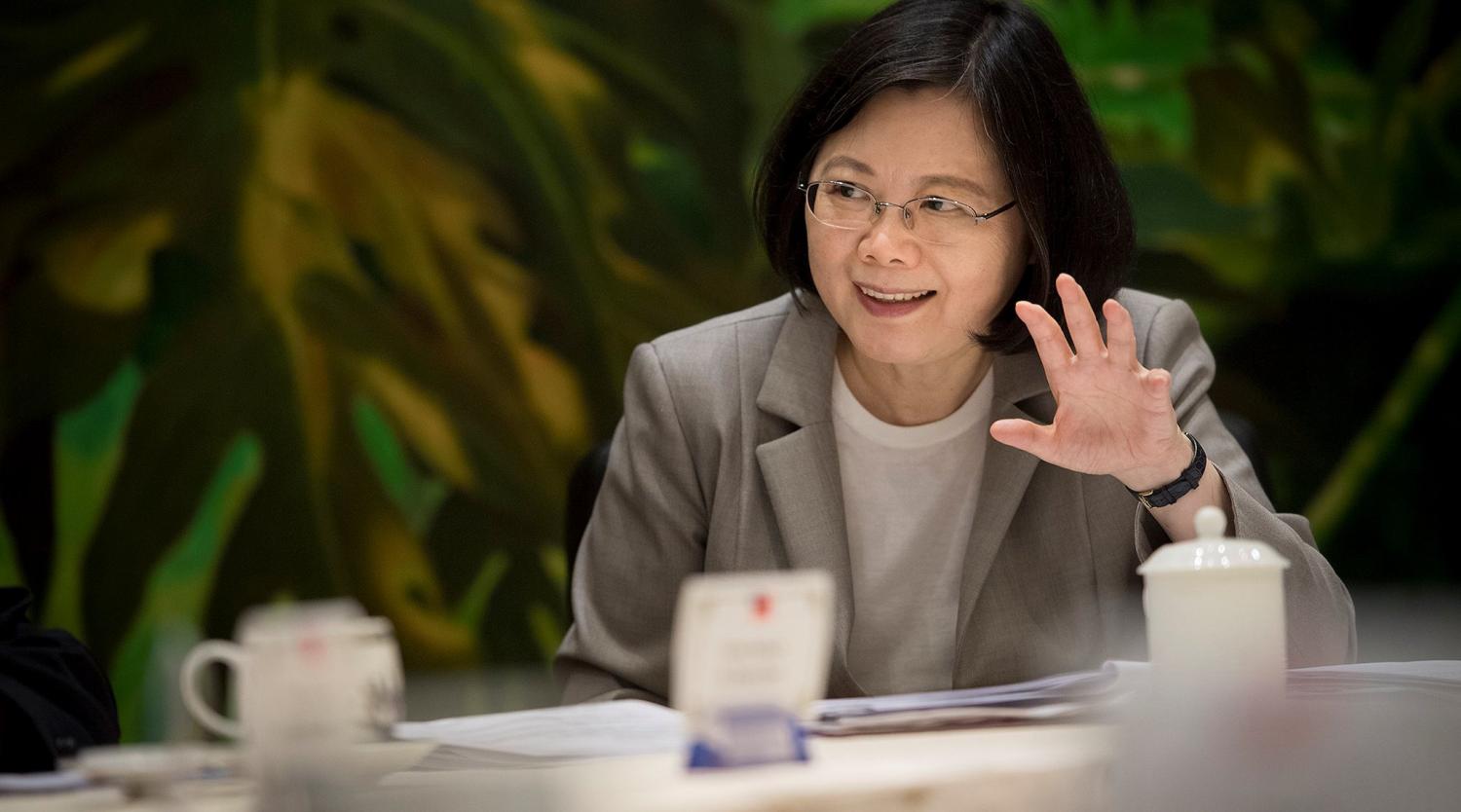 With presidential elections set for January 2020, the race for Taiwan’s top job is getting under way, and incumbent President Tsai Ing-wen is feeling the heat.

Confronted by low popularity and primary challengers from within her own Democratic Progressive Party (DPP), Tsai has resorted to playing the China card, portraying herself as the only reliable choice when it comes to safeguarding Taiwan’s interests against an increasingly assertive Beijing.

In order to do so, she is consolidating Taiwan’s – as well as her own – ties with the US, with a particular emphasis on the self-ruling island’s role in the Trump administration’s “Free and Open Indo-Pacific” strategy.

“Taiwan, the United States and other countries pursuing a similar policy really share the same core objectives in the region. That is to promote economic linkages, prosperity and enhance our sense of shared security, while staying true to our values and interests,” Tsai said during a video call with US think tanks this month.

That event marked the 40th anniversary of the Taiwan Relations Act passed by the US Congress when America formally ditched the Republic of China and established diplomatic relationship with Beijing.

So much, yet so little, has changed in the intervening decades.

For China, the issue of Taiwan remains the “most sensitive” controversy in its relationship with Washington. President Xi Jinping is understood to have repeatedly warned Trump not to side with Taiwan at a time when Tsai’s pro-independence government, which came to power in 2016, has undone most of her predecessor Ma Ying-jeou’s Beijing-friendly policies over eight years.

Chinese officials are understood to have channeled their displeasure to the White House after a visit to Taiwan by US Deputy Assistant Secretary of State Alex Wong. During that trip, Wong praised Taiwan’s democracy and, to Beijing’s dismay, took a shot at Xi’s tightening grip of power. “Dynamic, broad-based and sustainable growth can never hinge on the whim of a dictator,” he said.

Not long after he returned from that trip, Wong ceased his role on the Indo-Pacific and has since focused on North Korea. But Chinese pressure did not stop higher-level US officials voicing support for Taiwan, most notably Vice President Mike Pence and Secretary of State Mike Pompeo.

Apart from cosying up to American officials and policymakers, Tsai has also sought to maintain close ties with the few remaining diplomatic allies that recognise Taipei rather than Beijing as the sovereign government of China.

Weeks after Xi visited Italy, France and Luxembourg, Tsai toured the Pacific nations of Palau, Nauru and Marshall Islands, with a combined population of less than 100,000.

The contrast between the two leaders’ visits could not be larger. While the Chinese leader is constantly accused by Western powers of economically exploiting countries along his Belt and Road initiative, Tsai faces criticisms from within Taiwan for spending millions after millions to aid diplomatic allies.

Adding to the pressure is the possibility of China taking more diplomatic allies away from Taiwan. Frustrated by Tsai’s rejection of the so-called 1992 Consensus that Beijing says defines the “One China” principle, Beijing has stepped up efforts to lure countries away from Taiwan, with five already having switched side since Tsai came to power. Australian media has speculated that Solomon Islands is pondering such a move, with some legislative candidates in a general election earlier this month promising to review ties with Taipei.

That more diplomatic allies could leave Taiwan is probably a matter of time unless Tsai is replaced by a pro-China president in next year’s election, a scenario that looks increasingly likely, according to the polls.

Han Kuo-yu, an anti-independence mayor of Taiwan’s second-biggest city, is leading most polls. While Han has stopped short of unveiling his candidacy, his recent moves are more than obvious. Not only did he just finish a week-long tour to the US – a gesture seen as necessary for the biggest security provider of the island – he also visited Hong Kong, Macau and two mainland Chinese cities in an official capacity.

China experts in the US have a lot more respect for Tsai than Han – she the firm anti-Beijing elite versus he the pro-China populist – but whether Taiwanese voters share the same affection remains to be seen.

Previous Article
An Australian accent abroad? Foreign policy under a Shorten government
Next Article
The chance for Australia to urge ASEAN to act on the Rohingya crisis

The virus is making a slow comeback in countries once hoped to be free of the disease, making quick action essential.
Jonathan Pryke 10 Feb 2021 13:30

The achievements of the Pacific Islands Forum should not be missed amid the rancour. There is still a chance for repair.
Ramesh Thakur 12 Jul 2019 12:00

Nuclear weapons have dubious operational utility and discarding treaty obligations would leave the stench of hypocrisy.