The UK has made a premature break with what should be a collective response to a crisis in Europe’s near-abroad. 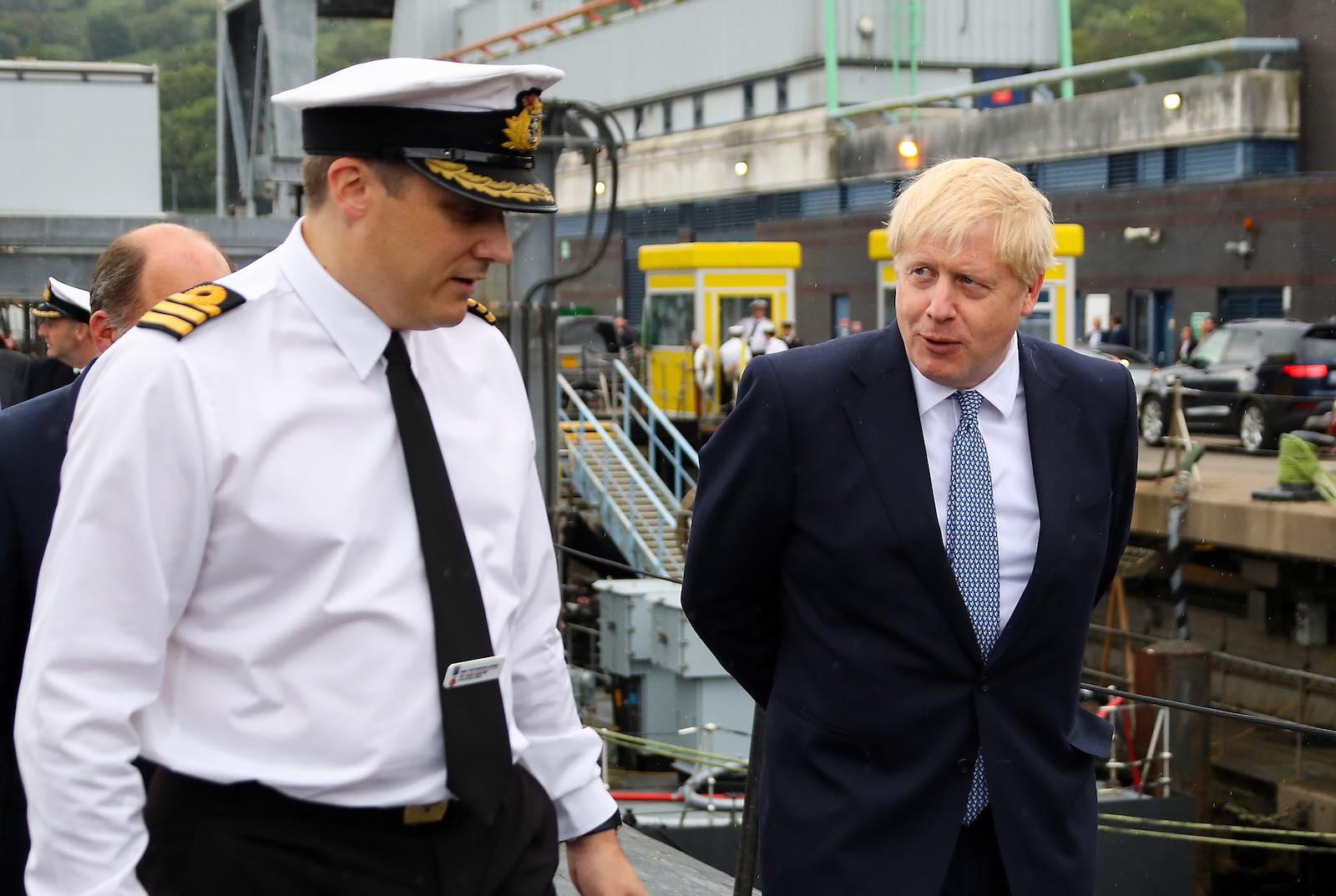 Boris Johnson has abandoned any pretence that his type of Brexit would exclude security and defence matters (Photo: UK Ministry of Defence)
Published 9 Aug 2019 13:00   0 Comments

In aligning himself with US President Donald Trump with regard to policing the Persian Gulf, new British Prime Minister Boris Johnson has abandoned any pretence that his type of Brexit would exclude security and defence matters. This is in sharp contrast to the position of Theresa May before him, with her government always insisting it was willing and eager to pursue security matters with its European partners, regardless of the UK’s membership status in the European Union.

It is evident that the EU as such, as well as its two remaining major military powers, Germany and France, will not and cannot join the US in any kind of military action against Iran at this time. All three were actively involved in the negotiation and conclusion of the nuclear deal which severely limited Iran’s capability for developing nuclear armaments.

After the experience with Boris Johnson as foreign secretary, nobody in Brussels believes a word he says, except maybe that he will risk a no-deal Brexit.

The Joint Comprehensive Plan of Action, as the deal is formally known, and the subsequent conclusion by the International Atomic Energy Agency that Iran was fulfilling its obligations, was considered one of the rare successes of the EU Common Foreign and Security Policy (CSFP) and its spin-off, the EU Common Security and Defence Policy (CSDP). Yet the abrupt about-face by the Trump administration – cancelling the US participation in the JCPOA with reference to other unsavoury parts of Iranian foreign policy, which had been intentionally excluded from the deal as nuclear armament was considered the overriding concern – left Europe high and dry.

Fully aware of the obvious mischief by Iranian and Iranian-backed forces throughout the Middle East, the EU, as a main bastion of the defence of international law and the respective obligations by all parties, cannot participate in any hostile action against Iran. Yet hostility is a clear consequence of the US withdrawal from the JCPOA and subsequent measures by Washington, in the form of export restrictions and boycotts.

This was made abundantly clear by both France and Germany, and before Johnson took the top job in the UK, then–foreign secretary Jeremy Hunt was always careful to call for a European (not Western- or NATO-centred) approach to the Gulf. French Foreign Minister Jean-Yves Le Drian went on record saying that a European mission in the Gulf would be “the opposite of the US initiative about maximum pressure on Iran”. Germany, wary of foreign military entanglement after the difficult situation its participation in the Western alliance in Afghanistan has created for the governing CDU-SPD coalition in Berlin, was even less inclined to join a US-led force, more so under Trump.

Certainly, part of the responsibility for the now hopelessly botched, proposed all-European police force in the Gulf lies with the complicated procedures when invoking CSFP and CSDP measures. EU unanimity is still required for the first and basic decision to go ahead, whereas majority votes are only allowed to set the operational details.

However, there were signs that French-German dynamism was developing towards an EU operation. German Defence Minister, and presumptive Chancellor, Annegret Kramp-Karrenbauer was unreservedly positive, while Heiko Maas, German Foreign Minister from the traditionally more pacifist coalition partner SPD, was at least not negative. It would have taken some time, as decision-making always does within the loose confederation of states that is the EU. But its interests in the Gulf – Europe’s near-abroad, particularly as regards security and refugees – are such that an all-European approach to looming military conflict there should have been the obvious answer.

Johnson’s premature decision to choose sides with Trump in the Gulf has precluded that. The statement by Hunt’s successor Dominic Raab that “we remain committed to working with Iran … to maintain the nuclear deal” must sound like pure irony not only in Teheran, but also in Brussels. After the experience with Johnson as foreign secretary, nobody in Brussels believes a word he says, except maybe that he will risk a no-deal Brexit.

As this major security policy–related example illustrates, coming even before Brexit, Johnson wants it all – insular sovereignty for the UK in Europe and a do-or-die alliance with Trump in the wider world. He might yet end up with none.

Show Comments
Previous Article
US, China now have a three-week window to avert trade talks collapse
Next Article
It’s time for a “Quad” of coast guards