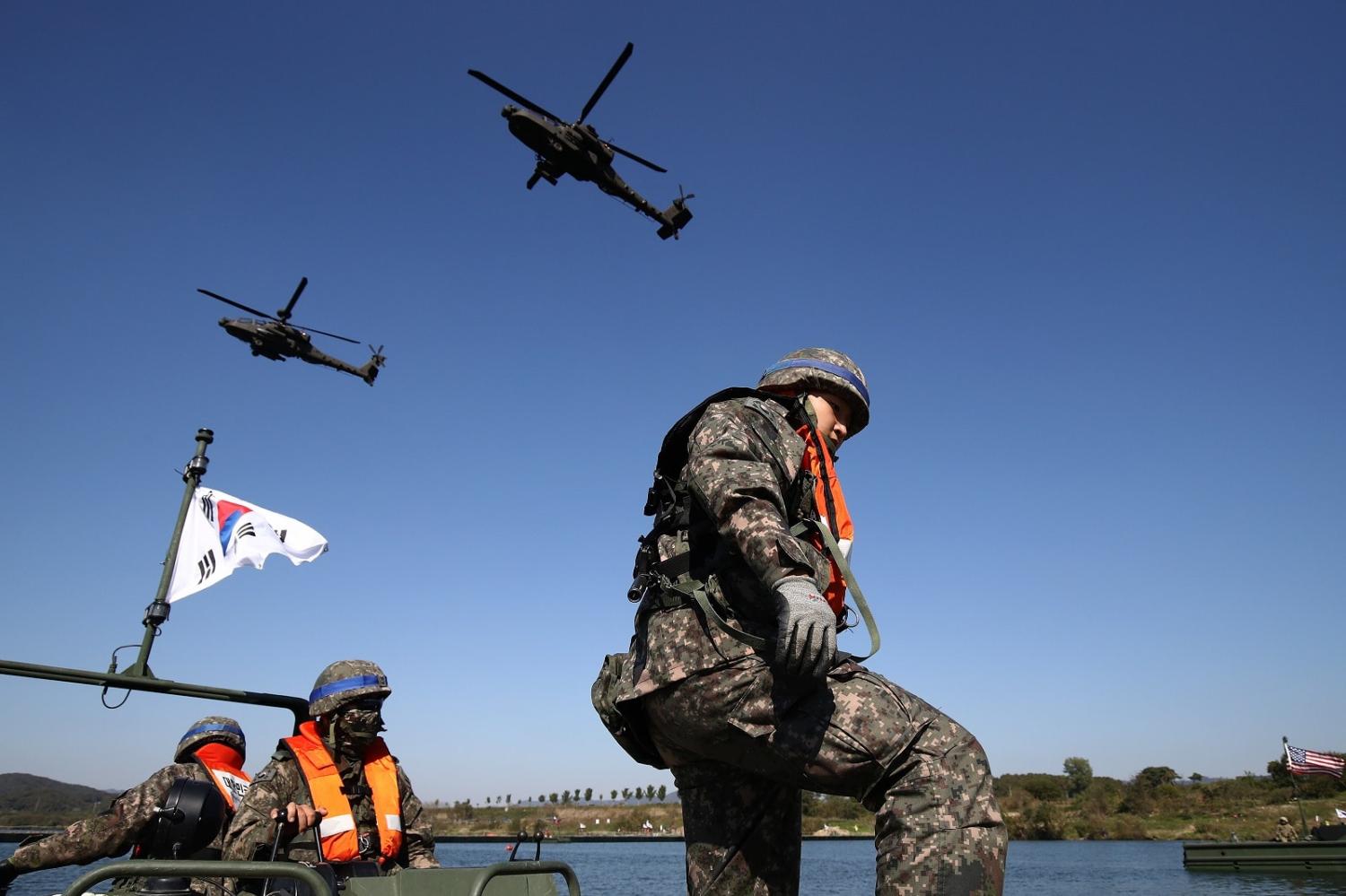 Tensions have been rising rapidly on the Korean Peninsula over the past few weeks. Military drills involving South Korea, the United States and Japan were met with strong retaliation by North Korea, which has continued through various armed provocations. The situation reached a dangerous new level on Monday morning, when North and South Korean ships exchanged fire.

The escalation in tensions began soon after the arrival of the USS Ronald Reagan aircraft carrier at Busan on 23 September. Two days later, North Korea launched its first ballistic missile in what would become a series of military acts, which included an intermediate-range ballistic missile test over Japan, artillery firing drills, fighter jet flight formations, and more.

The moves by North Korea have significantly increased the possibility that the September 2018 inter-Korean military agreement will become obsolete. Under that agreement, made at the time of a spate of summit diplomacy between leaders, the two Koreas decided to create buffer zones on either side of the NLL and to cease all live-fire and maritime manoeuvre exercises within these zones. The goal was to completely suspend all hostile military activity along the inter-Korean border.

However, events seem to be moving in the opposite direction now. South Korea accused the North of violating the military agreement through its recent artillery fire, saying the fate of the deal lies with North Korea.

If the agreement were to be dissolved, it is highly likely that the already tense military situation on the Peninsula would further escalate and turn the inter-Korean border into a volatile zone where accidental clashes could result in a potential all-out military confrontation. Such a scenario would not benefit either North, South, or the wider region. Warning shots could end up killing individuals, a missile could misfire, a ship could be accidentally sunk, a civilian-populated land area could accidentally be hit by a rocket. The possibilities for mistrust to spiral into miscalculation and disaster are frightening.

Expecting a positive response from North Korea while sticking to unrealistic expectations and old strategies will not result in a desirable outcome.

Although it is true that North Korea conducted many military provocations in response to the joint military drills involving the United States, South Korea and Japan, the latter group have also allowed tensions to rise by restarting exercises once again. This policy is not conducive to deterring North Korea or fostering a safer, more secure environment in Northeast Asia. The United States and allies know that North Korea does not respond well to joint military drills. Although the drills are arguably necessary to “maintain military readiness”, the excessive repeating of the exercises is not. Instead of having a deterring effect on Pyongyang, such behaviour only serves to anger the North and give it more excuses to continue military provocations. In this vicious tit-for-tat cycle, it’s difficult to see a peaceful escape.

South Korea should make clear its continued commitment to the 2018 agreement and refrain from militarily engaging North Korea further. The United States should also take serious note of Kim Jong-un’s recent statements regarding the “irreversible” nature of the country’s nuclear status. Expecting a positive response from North Korea while sticking to unrealistic expectations and old strategies will not result in a desirable outcome.

If the two Koreas remain stuck in this cycle of escalation, no good will come of it. North Korea’s rhetoric and its military show of force has made it clear that the country will not be easily deterred by words, threats, military drills or sanctions. The answer should not be more military action, but a focus on objectively and realistically re-evaluating the current North Korea strategy and shifting back towards diplomacy and dialogue. The disappointment from efforts in recent years cannot be an excuse not to continue to try, and try again.

Previous Article
Where the chips fall: in containing China, the US can leave Australia out
Next Article
Jerusalem, the rules-based order and deal-making

No statement of strategy since before the Cold War has been so inward-looking.
Xueyin Zha 17 Mar 2020 14:00

​​​​​​​A profit-free corner of the internet is going through a rapid and controversial process of privatisation.
Paula Hanasz 26 Jun 2017 15:29