It is difficult to see how the Administration can renege on JCPOA, but the damage may already have been done.

In 2015, now-President Donald Trump said of the Iran nuclear agreement (otherwise known as the Joint Comprehensive Plan of Action [JCPOA]) that 'Never ever, ever in my life have I seen any transaction so incompetently negotiated as our deal with Iran. And I mean never.’

Of course, Trump has a penchant for believing that every deal he didn’t make, and that Obama did, is by definition bad. It is a measure of the man that he defines himself in part by what he can deny others, in this case his desire to roll back Obama-era initiatives in order to deny the former president as much of a legacy as he can. Trump is also surrounded by senior ex-military officers such as Secretary of Defense Jim Mattis and National Security Adviser HR McMaster who see Iran as one of, if not the major security threat to the US and its allies in the Middle East. A slew of regional allies such as Israel and Saudi Arabia agree with this assessment and take every opportunity to remind Trump of it.

So it’s easy to see why Trump has put Tehran on notice that the White House is contemplating some action regarding JCPOA. What is less clear is how he intends to use JCPOA as the vehicle by which to send Tehran a message that the Obama days have ended.

The difficulty lies in the fact that, not only is it bad form to unilaterally modify multilateral agreements, but also that the Trump Administration has already twice accepted that Iran has abided by the agreement. Indeed, what is unusual in this imbroglio is that Washington is not complaining about non-compliance, rather it dislikes the deal itself. So a New York property developer has looked under the bonnet of the nuclear agreement he inherited and doesn’t like what he sees. But while the only measure of success in property development is the generation of profit, the measure of success in international security treaties is certainty. So while re-negotiation may work on Fifth Avenue, it doesn’t work the same on Vali Asr Avenue.

The Administration has been laying out its arguments for re-visiting the agreement by trying to place what is a non-proliferation deal within a broader discussion about Iran’s regional behaviour and military capabilities. Needless to say, the Iranians are having none of it. President Rouhani flatly stated that JCPOA was not up for re-negotiation, while Foreign Minister Zarif described the demand as absurd and said that if Washington wanted to amend the deal then Tehran would seek parallel amendments. For their part, the Europeans have indicated that they believe Tehran has complied with their side of the agreement and have no plans to repudiate a deal they believe is working.

One would think that this is simply bluster on the part of Trump, a short-term, anti-Obama tactical play to reinforce in the minds of his Gulf allies and Israel that the White House has little interest in a cooperative relationship with Tehran. There is also an argument that this is part of a broader plan to incrementally ratchet up economic pressure on Tehran so that it eventually decides that the benefits of remaining within the agreement are not materialising. But to use an exhaustively negotiated agreement that your own Administration has twice said is being honoured by Tehran as the instrument is damaging and short-sighted. Negotiations rely on good faith.

By going down this path, the Trump Administration is sowing doubts that Washington believes it is not beholden to agreements signed by previous administrations. It is difficult to see how the Administration can renege on JCPOA, but the damage to Washington's reputation may already have been done. 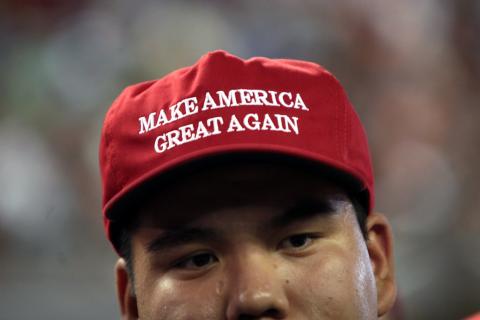