Instead of a source of great tech power competition, lithium should be key to a collective fight against climate change. 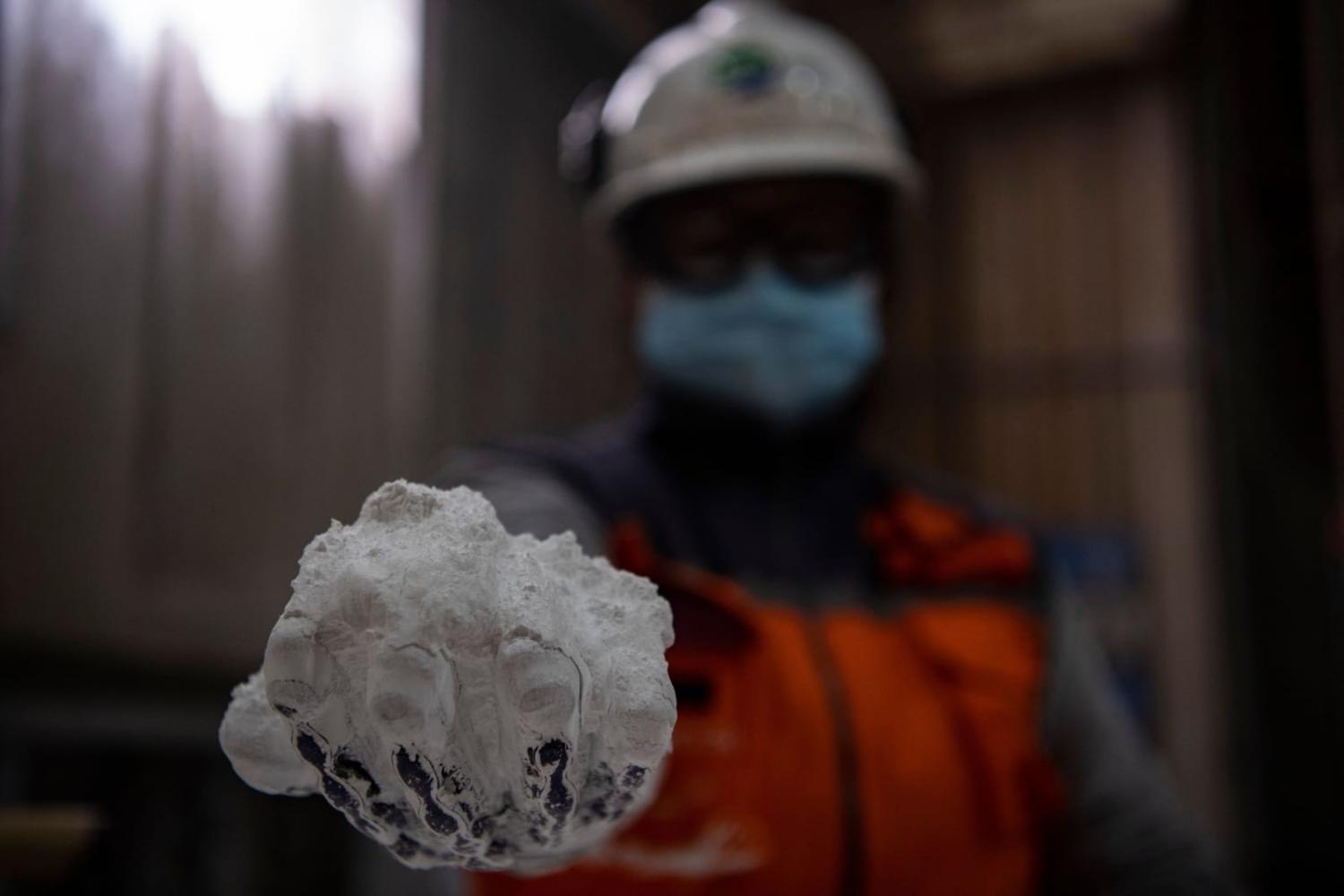 Today, it could be argued that to control lithium – white oil as it were – is to control nations (Martin Bernetti/AFP via Getty Images)
Published 25 Jan 2023

“Control oil and you control nations,” former US Secretary of State Henry Kissinger once said. Today, it could be argued that to control lithium – white oil as it were – is to control nations. Lithium has become a critical mineral in green technologies, with lithium-ion batteries used to power electric vehicles, and to store wind and solar energy.

China’s lithium dominance has caused concerns. Both the European Union and the United States have prioritised building greater self-sufficiency in raw materials, lithium included, in their industrial policies, aiming to curb their reliance on China and boost homegrown green technologies. This exposes China’s vulnerabilities in its transition to clean energy.

Can and should China be contained?

A global supply chain based on global collaboration – sourcing the best supplies based on the principle of efficiency – exposes its intrinsic vulnerability, especially when the geopolitical landscape is shifting. Concerns for security in supply chains have overtaken efficiency and economic returns.

From the supply side, Australia enjoys a powerful position in lithium. On the demand side, however, because power is concentrated in a single large buyer – China – this is a vulnerability.

Global supply chains in several high-tech industries which are considered significant in “national security” are facing fracturing and decoupling. The semiconductor industry, for example, is currently undergoing major upheavals.

Forming a “lithium cartel” among lithium-rich nations – like OPEC for oil-rich nations – could be used to contain China. However, the quality of the lithium deposits, and, therefore, the costs of extracting and producing lithium compounds, are vastly different among the lithium-rich nations, meaning it would be challenging for them to agree on a unified price and production quota. Australia supplies 46 per cent of global lithium due to the low cost of lithium mining, and lithium has become Australia’s sixth most important commodity export. Export revenue for 2022–23 is projected to be triple the previous year and almost fifteen times two years before. China is Australia’s largest buyer. Forming such a cartel would not benefit Australia economically.

A united alliance among Western countries could potentially contain China. However, this option is not likely to work either. The European Union has already pitched to loosen restrictions, aiming to accelerate permits for new projects in green technologies, in response to the US $369 billion Inflation Reduction Act, which offers huge industrial subsidies aimed at boosting green technologies in the United States.

Is containing China the best option for the world?

Over the past decade, China has invested heavily in transitioning to clean energy, including developing technologies and production know-how covering the entire lithium supply chain. It has paid substantial environmental costs through trial-and-error innovation and has now developed dominant advantages in not just the scale of mass production, but also green technologies used in lithium processing. It is debatable whether that cost should be repeated by other countries.

Maybe the world would be a better place if more effort was given to searching for alternative materials and innovating how to recycle used lithium batteries.

Lithium shouldn’t be the centre of a competition between the great tech powers but, rather, a key component in a collective battle against climate change. The world is in desperate need of collaboration.

How can Australia best position itself?

Judging from the supply side, Australia enjoys a powerful position in lithium. On the demand side, however, because power is concentrated in a single large buyer – China – this is a vulnerability for Australia.

Processing lithium has been considered unsustainable on Australia soil because of high electricity and labour costs, and a lack of expertise. Australia was locked in a “dig it and ship it” business model in the lithium supply chain, until recently when China’s electric vehicle and lithium battery industries demanded more lithium.

Cognizant of their supply chain vulnerabilities, Chinese lithium battery makers and related manufacturers have invested in overseas lithium mines, including in Australia, promising to bring clean technologies to help Australian lithium miners move to a higher value-added “extracting + processing” model. On January 9, Tianqi Lithium Energy Australia, a joint venture (JV) between China’s Tianqi Lithium and ASX-listed lithium miner IGO, announced a bid of $136 million to acquire Essential Metals – a deal described as a perfect match between Tianqi’s “world-class lithium chemical processing technology” and IGO’s “Australian experience in mining lithium ore”. The bid has been welcomed by the shareholders of Essential Metals, but whether it can be approved by the Foreign Investment Review Board remains to be seen.

Resistance to Chinese investment in countries with lithium mines has already occurred in other countries, such as Canada and Chile.

Australia needs to develop a policy on lithium that best serves its own national interest, including protecting its economic returns in the short term and transitioning to clean energy in the long run.

Previous Article
Japan and ASEAN: 50 years of maritime strategy
Next Article
Chinese aid to the Pacific: decreasing, but not disappearing

Links and stories from around the Pacific by The Interpreter team.
Sarah Logan 18 Dec 2017 11:54

Skripal: the weight of evidence

The alternatives to Russian culpability in the nerve agent attack strain credulity.