It’s time for APEC to hit the refresh button to remain relevant in the region. 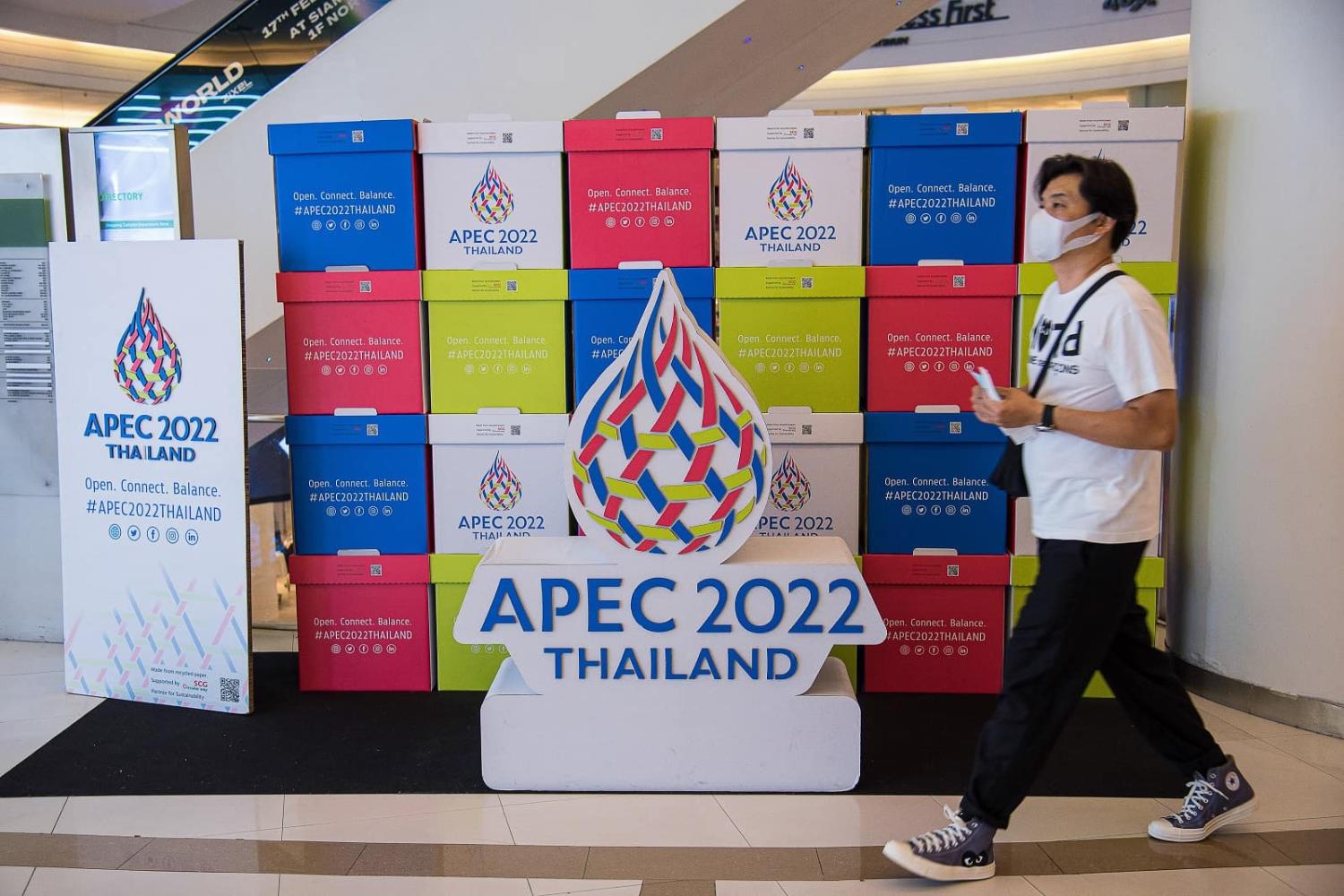 In a region that has over the years seen the emergence of multiple forums and agreements with an economic dimension – ASEAN, ASEM, APEC, RCEP, TPPA, CPTPP – the Indo-Pacific Economic Framework for Prosperity (IPEF) could easily join, as one tweet put it, this Asian alphabet soup. The question is whether IPEF, launched in May this year, would complement or instead displace existing regional economic institutions.

Critics have cited the informal structure of Asian institutions, the region’s preferred consensus-based approach to decision making, and the non-binding nature with which Asia implements decisions as weaknesses. It does not help that progress is sometimes hampered as a result. Hence, the relevance of these regional institutions has been questioned.

The Asia-Pacific Economic Cooperation (APEC) receives just as much criticism, if not more. Coincidentally, APEC just released a Chair’s statement on the Ministers Responsible for Trade meeting in May. For those unfamiliar, a Chair’s statement is released when parties fail to reach a consensus on a joint statement, which seems to have been an almost recurring theme for APEC since the 2017 Leaders’ summit in Da Nang.

The “ASEAN Way”, adhered to by most institutions in the region including APEC, appears to thrive.

As a counterargument, APEC advocates reference its success in reducing trade barriers through trade liberalisation, as well as improving domestic regulatory frameworks, while enhancing inter-state economic cooperation. More importantly, international relations scholars such as Amitav Acharya argue that approaches to regionalism in Asia, such as APEC’s, are in keeping with the preferred manner and sensibilities in this part of the world.

Hard approaches to regionalism, such as the EU’s, have found difficulty gaining traction, whereas the “ASEAN Way”, adhered to by most institutions in the region including APEC, appears to thrive. It makes institutions such as APEC attractive and relevant.

However, IPEF represents an existential threat to APEC, despite some of its elements bearing similarities to a US-style free trade agreement. Great effort has been taken to tout IPEF as anything but an FTA, yet its four pillars – economies that are connected, resilient, clean and fair – may eventually take on dimensions that mirror FTAs like the TPPA and CPTPP, such as in trade facilitation, digital economy, anti-corruption and transparency, competition policy and regulatory governance.

Nevertheless, IPEF possesses subtle but important differences. Its major departure lies in its approach. Compared to previous US FTAs, which were single undertakings, it has been reported that the parties to IPEF have the freedom to choose which pillars they commit to, though each will be expected to accept all the obligations under that pillar. This is a major shift and signifies US recognition that Asia works differently.

Certainly, it would be premature to speculate on IPEF’s future, but judging by its scope and approach, it does pose a significant challenge to APEC, which deals with similar areas. IPEF’s advantage is that its potential membership better matches the emerging and dominant Indo-Pacific narrative. As an example, India is present in IPEF, while conspicuously absent in APEC, despite previous attempts to join.

This is by no means a criticism of APEC. The grouping has indeed achieved much in the past three decades. Its contribution towards creating a multilateral rules-based order has been significant. However, circumstances have changed significantly since the 1990s. The Indo-Pacific has, to a large extent, displaced the Asia-Pacific as the dominant construct. Even the Association of Southeast Asian Nations (ASEAN), despite some early reluctance to do so, has had to acknowledge this by establishing the ASEAN Outlook on the Indo-Pacific (AOIP).

There seems to be an admission that the process needs to be reinvigorated. Maybe APEC as a whole does too?

With the changing nature of the regional order, the growing competition – particularly between the United States and China – may upend existing regional institutions and frameworks. Those such as ASEAN and the Asia-Europe Meeting (ASEM) may endure if their members still see benefit in retaining them, considering they are more multifaceted. APEC’s fate is less clear.

If this trajectory does play out, then expect a slow death with many more Chair’s statements in the offing. Perhaps APEC, encumbered with trying to save the multilateral trading system as it has done many times before, has yet to see this problem. This is unlikely. There must be some realisation among APEC’s leadership that if IPEF becomes reality, it may only be a matter of time before APEC members, some of whom are traditional allies to the United States, come knocking on its doors.

An excerpt of the Chair’s statement on the Free Trade Agreement of the Asia-Pacific is telling:

Cognizant of APEC’s role as an incubator of ideas, there remains challenges, gaps and areas of divergence among APEC economies in regard to some elements of the FTAAP agenda, but, at the same time, an emerging consensus is on the need for a refreshed conversation on FTAAP in the light of the pandemic.

There seems to be an admission that the process needs to be reinvigorated. Maybe APEC as a whole does too? APEC must continue to adapt to the emerging economic and geopolitical realities, at the least to ensure its continued relevance.

Previous Article
Wong’s own brand of diplomacy: will it work?
Next Article
ASEAN and pandemic recovery: Economy before strategic rivalry

Lessons from the recent cyclone in Timor-Leste

Without a vision for sustainable development and action on climate change, there can be no “building back better”.
Rodger Shanahan 24 Apr 2017 12:04

On Anzac Day it is worth spending just a little time thinking about the tasks we may call on our present and future service members to perform.
Rikki Kersten 14 Dec 2016 14:30