Australia’s new foreign minister has a complicated road ahead in convincing Southeast Asia she’s a conduit for change. 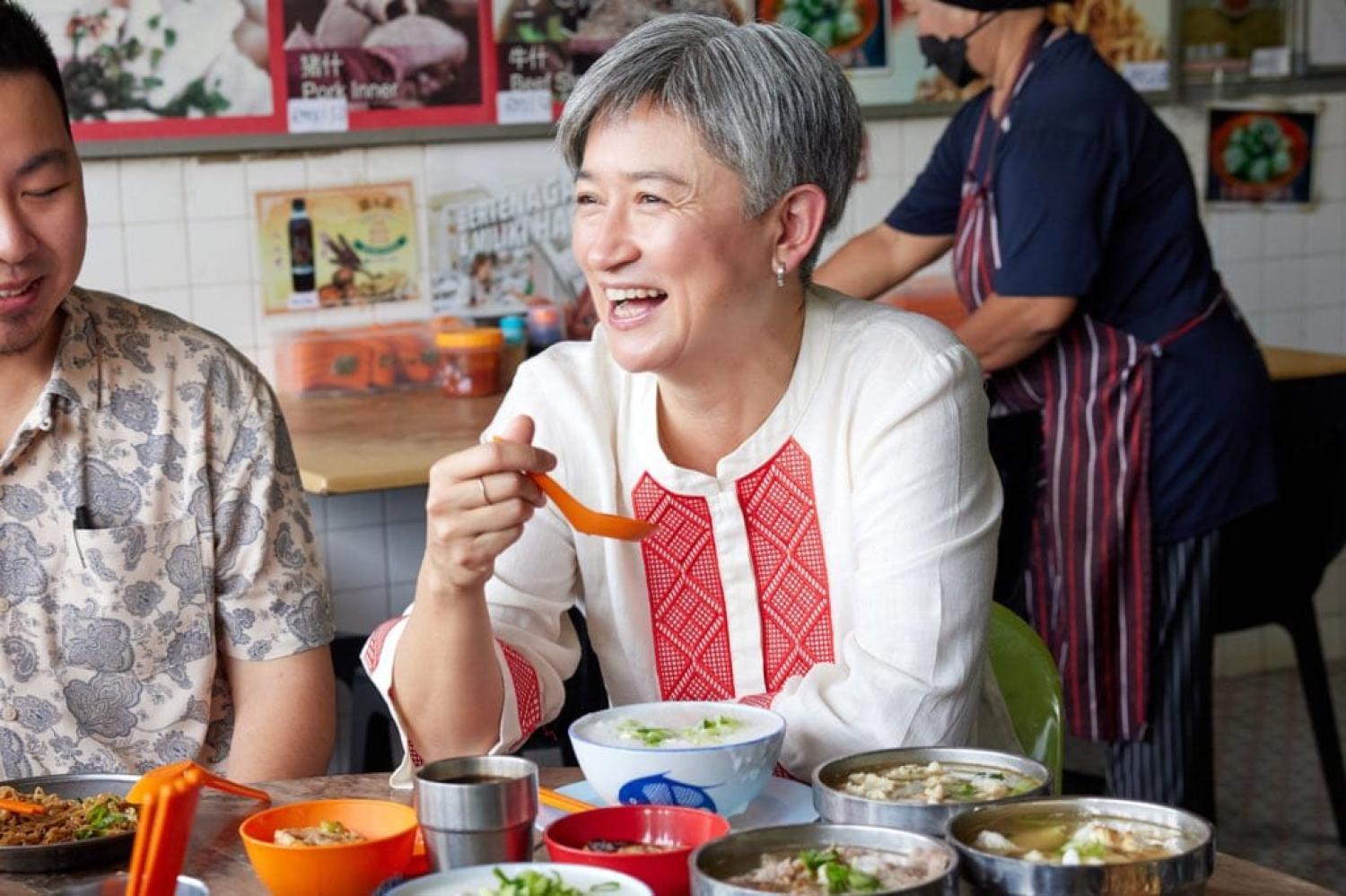 Australian Foreign Minister Penny Wong has travelled non-stop, more or less, since her appointment on 23 May, having flown off to Tokyo for the Quad leaders’ summit one day after she was sworn in. Wong is clearly trying to “reset” ties with countries in the neighbourhood, i.e. the Indo-Pacific region.

Perhaps her most interesting travels, however, are to Southeast Asia. In a significant speech in Singapore last week Wong said all the things the Association of Southeast Asian Nations (ASEAN) wanted to hear – about ASEAN centrality, how the region will be strategically central to Australia’s future, and how Australia must find its security in Asia, not from Asia. “And that means, above all, in Southeast Asia.”

The question is: will this personal narrative – or “soft power” in international relations speak – work in Australia’s favour?

That is the formal part. The informal part is even more interesting.

Everywhere Wong went, her message was the same. She is of Asian heritage, with a Malaysian Chinese father; she spent her childhood in Sabah, so she understands Southeast Asia; and Australia has changed, it is now part of Asia. As Wong said on a trip to Malaysia:

One in two Australians are either born overseas or have parents who were born overseas so this is a very Australian experience. It matters that Australia speaks to Southeast Asia in a way that recognises that we are part of this region and our futures are shared.

In other words, Australia is truly multicultural and people from non-white backgrounds have their rightful place under the country’s political sun.

So far, this informal message has been wildly successful on social media. If one kept track of what people were saying in Vietnam, Indonesia and especially Malaysia, there is no doubt that the personal narrative about her own background did resonate with many netizens from the region.

Wong backed up her informal message with a video message delivered in Bahasa Indonesia, the most widely spoken language in the region. In her visit to Malaysia, she purposely made a side trip to Kota Kinabalu, on the island of Borneo, to visit her “hometown” where she spent her childhood before moving back to Australia with her mother. She went for a local breakfast with her brother (who still lives in KK) and later visited the grave of her grandmother.

By openly embracing her Southeast Asian roots, she is telling the region that not only is Australia part of the region, but the region is directly represented at the highest level of the Australian government by someone who “gets” the region.

So, the question is: will this personal narrative – or “soft power” in international relations speak – work in Australia’s favour?

Viewed pragmatically, this sort of approach won’t work at the elite level in Southeast Asia. Sure, ordinary people in the region are probably happy that a person of Southeast Asian background is now the public face of Australia’s diplomacy, but what they want probably can’t be delivered by Penny Wong. For example, a constant complaint I hear is how difficult it is to get an Australian visa, even a tourist visa. There is also the issue of educational scholarships for countries in the region – there are never enough to meet the demand. Some opposition groups in certain ASEAN countries probably want Penny Wong to push for stronger democracy, and more human rights and transparency. And take a harder line on Myanmar. Many of these issues are unpopular with the majority of the region’s policy elites.

If there is one thing Southeast Asian countries hate, it is this – forcing them to take sides.

The biggest problem is the widely held perception among the Southeast Asian elites that Australia is “deputy sheriff” to the United States and will always support the US position when the chips are down. Many are sceptical that Wong (or anyone else) can change this position in the foreseeable future. Their thinking is reinforced by the AUKUS agreement and the Quad security arrangement. They also think that with the challenge posed by the rise of China in Southeast Asia and the Pacific, Australia will have no choice but to move even closer to the Western camp in the foreseeable future.

ASEAN dynamics are mostly driven by self-interest. If there is one thing Southeast Asian countries hate, it is this – forcing them to take sides. They fundamentally do not see the rise of China the way Australia sees it. In their worldview, they will just live with China and the West and maximise the benefits of working with both sides. For most Southeast Asian nations, taking one side against the other is a lose-lose proposition and they don’t like Australia pushing them to take a harder line with Beijing.

Most ASEAN countries don’t really care who the face of Australian diplomacy is. They like the personal history of Penny Wong and it may be easier for her to connect with the power brokers in the region, but they will look to see a continued change to the composition of Australia’s parliament to be convinced that “multicultural Australia” has truly shifted where power lies.

Laos dams bad news for those downriver on the Mekong

Vietnam and Laos have what is described as a 'traditional friendship'. Don’t let the soft title fool you.