Amid the Ukraine sanctions showdown, an Indian trade deal looms as a pre-election win for the Morrison government. 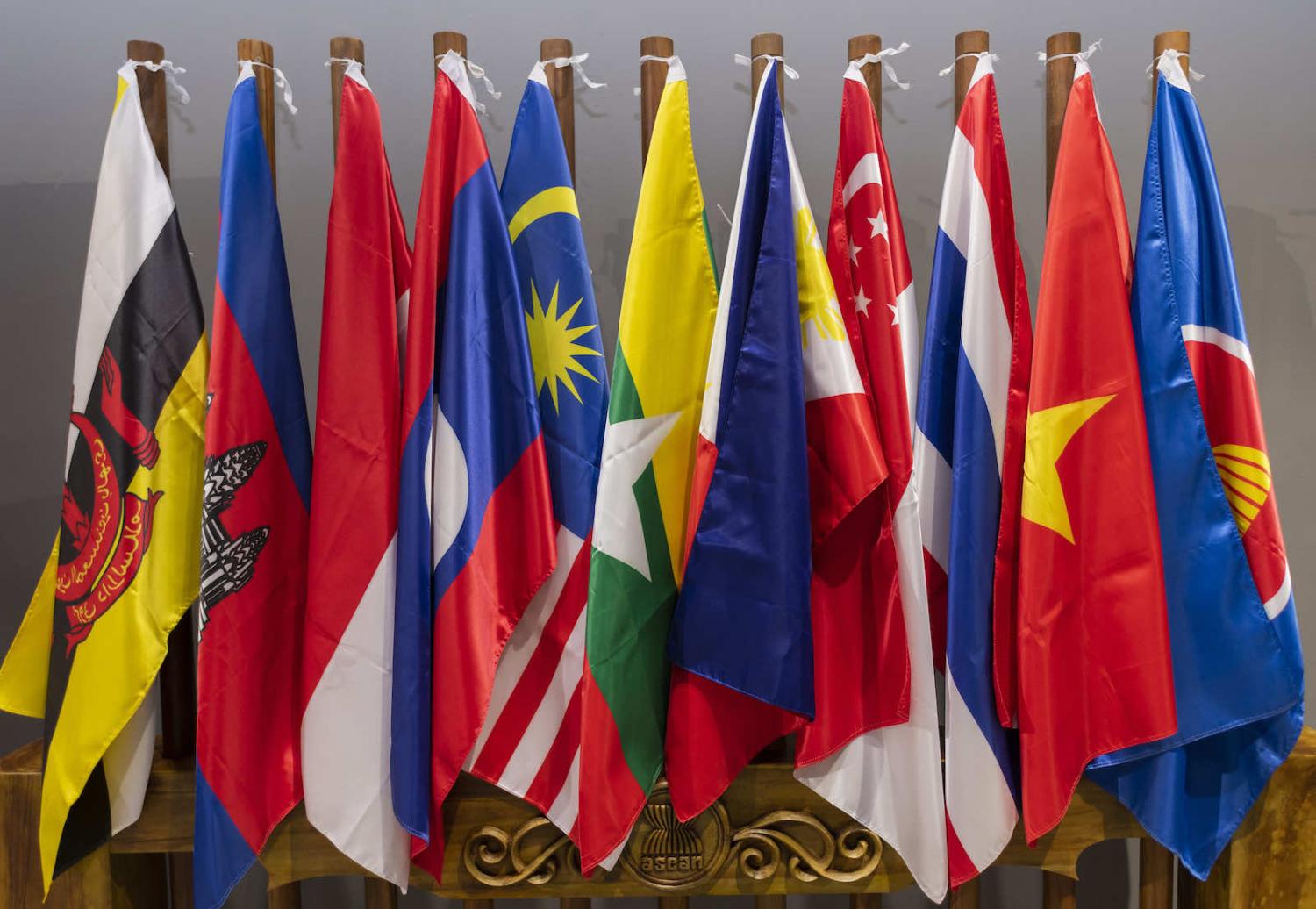 The Morrison government has committed almost $700 million to new non-Covid initiatives in Southeast Asia over the past two years, seeking to rebuild regional ties largely in response to uncertainty about China.

While that spending wasn’t specifically aimed at boosting education and tourism in time for the reopening of borders under way this month, it does not seem to have done anything to reverse a downturn in the attraction of Australia’s top two services exports in our closest Asian neighbours.

These things are hard to measure especially in such a diverse region. But the latest annual State of Southeast Asia report now provides a four-year database on attitudes to Australia buried in its broader survey of other bigger regional issues (see more below).

And while the report, produced by Singapore’s ISEAS–Yusof Ishak Institute, is not a specific assessment of, for example, tourism demand, its survey of elite opinion across regional thinktanks, business and media make it more relevant as a measure of how well Australia’s latest refocus on Southeast Asia is going.

Australia’s ranking as the first choice for a scholarship-funded (i.e.: no fees) university education has halved in four years from 21.2 per cent to 9.9 per cent. It has gone from clear third choice after the United States and a European Union country in 2019 to a contested fourth spot with Japan, China and New Zealand, or any other Southeast Asian country also sneaking up. The European Union/United Kingdom is the rising first choice.

This seems quite challenging when the Department of Education, Skills and Employment has just released its discussion paper on diversifying the foreign student base. Put crudely, it involves telling universities to find new students in youthful places such as the Philippines and Vietnam to replace overdependence on the region’s most populous countries China and India (see more below).

Foreign tourism has suffered far worse than foreign education (despite the university complaints) due to the pandemic border closures. But the ISEAS–Yusof Ishak Institute report also shows a trend decline in Australia as a preferred holiday destination choice. Like education, it has halved from 10.7 per cent to 5.1 per cent. Japan comes first at 22.8 per cent and New Zealand continues to beat Australia at 9.5 per cent.

Australia has substantially increased spending on cooperation initiatives with the Association of Southeast Asian Nations and individual member countries in the past two years. This reflected concern about the Pacific aid tilt eroding work in Southeast Asia; the rising influence of China; and then more recently ASEAN concern about being supplanted by the “Quad”.

Southeast Asia will always be Australia’s gateway to Asia but we still have work to do winning hearts and minds.

The roughly $500 million in late 2020 was focussed on infrastructure, particularly in the Mekong region, and the $161 million announced last year was initially focussed on initiatives to bring students to Australia. That comes on top of $1 billion in combined annual aid; $90 million related to Covid-19; and country initiatives such as the $1.5 billion standby loan to Indonesia, the strategic partnership with the military-dominated government in Thailand, and the Vietnam economic engagement program which was fleshed out this week with the launch of the Australia Vietnam Policy Institute. This tilt really began with the ASEAN Leaders Summit in 2018, which then prime minister Malcolm Turnbull curiously virtually ignored in his memoir.

Despite all that spending and attention, Australia is only ranked as the region’s best Covid partner by 4.7 per cent of respondents, with China remarkably ranked as the best by 57.8 per cent, followed by the United States at 23.8 per cent.

And despite having high quality trade agreements with five ASEAN members, a pan regional agreement and providing significant funding for implementation of the ASEAN-based Regional Comprehensive Economic Partnership, Australia is only chosen as the global free trade leader by 1.4 per cent. This compares remarkably with 24.6 per cent nominating an increasingly coercive China and 30 per cent naming the United States despite the Biden administration’s nervousness about free trade.

Australia has only gained some ground in the choice of preferred third party to deal with US-China rivalry. It is up a bit to 10.3 per cent after Japan, which has suffered a significant fall, and the European Union, the longstanding favoured third party partner.

The nature of this survey requiring an absolute choice removes room for subtlety when there are big powers and lesser countries in the mix. The weighting system gives a relatively bigger voice to smaller ASEAN countries and there are diverse responses from individual members. But the report amounts to rare real time feedback during an important diplomatic policy reset. And the bottom line is that while Southeast Asia will always be Australia’s gateway to Asia, we still have work to do winning hearts and minds.

Lowy’s Sam Roggeveen has neatly made the case that the Ukraine conflict shows conventional state-on-state military violence has not gone away in the modern globalised era. At face value, that is hard to deny as the Russian troops move into battle formation.

The Ukraine showdown looks like more of a threshold test for the mooted power of modern economic sanctions than traditional military power.

But when the United States has made it clear that it will not be sending troops to fight this distant battle, the Ukraine showdown looks like more of a threshold test for the mooted power of modern economic sanctions than traditional military power.

Despite Prime Minister Scott Morrison’s buy in, Australia is a bit player in reining in Russia and in fact is more likely to be an overall beneficiary from any commodity shortage caused by Western sanctions or a Russian embargo. Apart from Germany’s swift decision to suspend the new Nord Stream 2 gas pipeline from Russia, the sanctions so far seem more aimed at showing Western capacity for coordination and calibration than the equivalent of a financial missile launch.

Russia may be a shadow of its former Soviet economic self, but it is still a top ten economy with a key role in global energy supply when inflation is already taking off. So, with Russia fortified with increased foreign reserves since the 2014 Crimea annexation, it will likely require a massive sanctions deployment to offset the reluctance of the United States to use conventional military power.

Shutting Russia out of the global banking system and then copping a retaliatory shutdown of gas to Europe will be the real test of whether economic sanctions have changed the calculations about state-on-state military power.

It’s now more than seven years since then prime minister Tony Abbott promised an Indian free trade agreement within a year as he shared the joint optimism of being a relatively newly elected leader with his Indian counterpart Narendra Modi.

And that optimism was three years after negotiations had started under the previous Labor government in 2011.

It is now six months since Abbott, in his present-day role as Prime Minister Scott Morrison’s special trade envoy to India, forecast an early harvest agreement by December last year to cover the 100 items making up about 98 per cent of two-way trade between the countries.

So, it was interesting to see Trade Minister Dan Tehan forecast an agreement with the courageous preciseness of  “in the next three weeks” in the middle of an ABC radio interview this week.

Trade Minister Dan Tehan seems to have gambled on something more substantial than an early harvest agreement.

After 11 years and the false hope of a placebo deal via Indian participation in the Regional Comprehensive Economic Partnership, Tehan seems to have gambled on something more substantial than an early harvest agreement. What that looks like with an election fast bearing down on ministerial careers and political legacies remains to be seen.

While the ISEAS–Yusof Ishak Institute’s State of Southeast Asia survey raises questions about how to diversify Australia’s international student population, so do the newest numbers.

The latest data from the Department of Education, Skills and Employment shows the total number of international students was down 17 per cent at the end of last year compared with a year earlier.

It is a bit early to draw conclusions from this, apart from that Chinese and Indian (the second largest source country with 17 per cent of the total) interest remains strong despite being the target of the parallel diversification discussion paper released by the department this month.

While the paper reflects concerns about a better experience for domestic students and aspects of Australia’s skill needs, it is nevertheless relevant to economic diplomacy. Educating foreign students is a key soft diplomacy tool in shaping attitudes towards Australia, it provides talent for Australian offshore business expansion and was the country’s fourth largest export pre-pandemic.

So how the universities manage to implement the clear instruction to reduce dependence on students from some countries, overall and in specific courses, potentially has strategic implications beyond the classroom.

The discussion paper is quite blunt about the risks and the requirement for universities to develop a clear implementation plan that will be audited. For example, it argues:

Market concentration presents a clear risk to the sustainability of revenue streams for institutions that are dependent on a small number of source countries and have flow on effects for student experience on campuses and in classrooms.

And the paper also notes that some universities are particularly at risk of over dependence. For example, seven universities take more than half their international students from a single country within the top five source markets of China, India, Malaysia, Nepal and Vietnam.

With little direct mention of the China question, the paper also notes:

While the world is distracted by the old Cold War-style showdown in Europe, the ISEAS–Yusof Ishak Institute’s survey also provides some interesting insights into the state of play with superpower rivalry in the theatre where the United States says it wants to focus.

The Biden administration’s many high-level visits to the region appear to be paying off with the United States gaining ground in the top line battle for influence.

As already noted, the rise in the free trade leadership stature of the United States from 14.5 per cent during the Trump years to 30 per cent today is a big win for an administration with a relatively thin new economic policy framework for the region. And the United States has received a similar boost as the leader of a rules-based order at 36.6 per cent this year compared with 24.5 per cent only last year.

So much for the hope – the reality is that China is still seen as the pre-eminent and rising power across both the strategic and economic domains.

And while there is a high level of concern about China’s rising economic and strategic influence ranging from 64–76 per cent, this has actually declined slightly over the past year.

Previous Article
China and the Ukraine crisis
Next Article
Why was it left to Kenya to speak up for multilateralism?

Local women immediately saw getting food to survivors was practical help in the chaos after the devastating disaster.
Alex Oliver, Danielle Cave 9 Mar 2020 15:00

None of the assessments done to date have looked at why women remain under-represented in senior roles.
Murali Krishnan 31 May 2019 10:00