Why was it left to Kenya to speak up for multilateralism?

Kenya’s UN envoy Martin Kimani was a sensation at an emergency Security Council session—with a message for all nations. 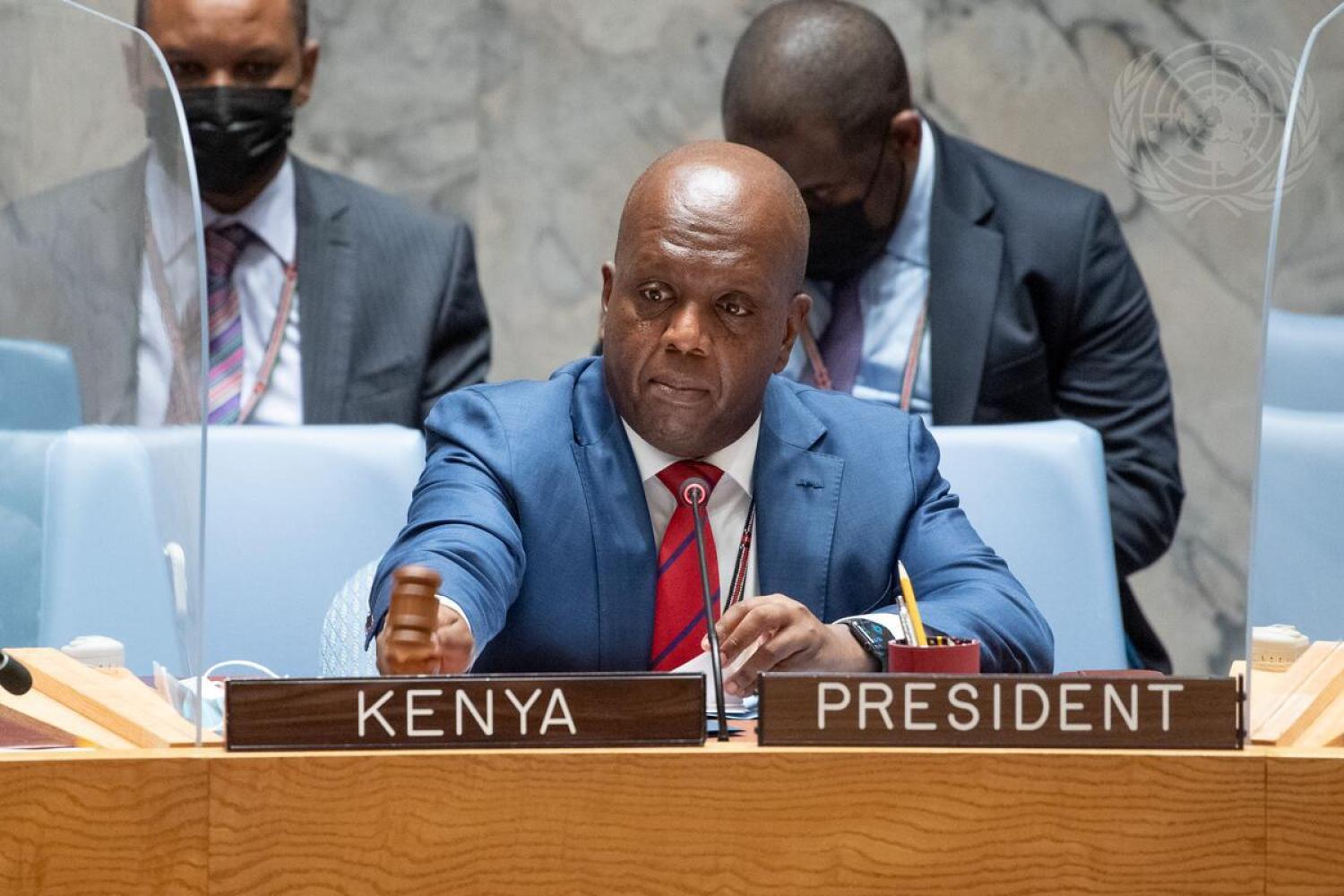 In a long speech this week, Russia’s President Vladimir Putin crossed the Rubicon by recognising the “independent” republics of Luhansk and Donetsk in eastern Ukraine, creating the pretext for what is now a full-scale Russian invasion of its neighbour.

But Putin’s was not the only significant speech delivered that day. In an address to an emergency session of the UN Security Council which has since gone viral, Kenya’s Permanent Representative Ambassador Martin Kimani invoked his nation’s struggle for independence from the British Empire to castigate Russia’s attempts to reconstitute its own empire and urge the world to renew its commitment to seeking peace and security through multilateralism.

While it failed to move Putin from his predetermined course in this unfolding crisis, Kimani’s elegant and morally forceful speech deserves to be heard and heeded. Learning more about the man also helps us to better understand the importance postcolonial nations attach to the United Nations and the diplomatic world so often hidden from the public view.

A world in which multilateralism is “on its deathbed”, as Martin Kimani lamented, is a world where norms are disregarded and might makes right.

Kimani embarked his career on a well-trodden path for aspiring diplomats. Prior to his doctoral studies, he worked as a political risk advisor and peace and security consultant. He commenced his PhD in 2010 under the supervision of the great don of British strategic studies, Sir Lawrence Freedman. Kimani’s thesis concerned the role of the Catholic Church, Christian symbolism and racialism in the 1994 Rwandan genocide. Following his studies, Kimani worked as a Permanent Representative to the UN Environment and Human Settlements programs before, in September 2015, being appointed the Director of Kenya’s National Counter Terrorism Centre and Presidential Envoy for Countering Violent Extremism.

These appointments brought Kimani into close contact with executive power. In March 2018, he was given the role of Secretary of Strategic Initiatives within the Executive Office of the President (Uhuru Kenyatta succeeded Mwai Kibaki as Kenya’s President in 2013). Kimani was then nominated as Kenya’s Permanent UN Representative in December 2020. As part of the vetting process, Kimani caused something of a stir when it was revealed that he listed President Kenyatta as a personal reference on his CV. The Parliamentary Report which vetted Kimani and other diplomatic nominees also stated he is the recipient of the Elder rank of the Order of the Burning Spear, an award given for exemplary services to the public.

Kimani’s experience and qualifications suggest the diplomat’s deep commitment to seeking peace and security through institutional means. Indeed, as Kimani’s speech – which Freedman suggested he most likely wrote himself – indicates that countries such as Kenya can rarely afford the indifference or hostility to multilateralism that larger states often display. For states previously subject to colonial occupation or threatened by neighbourly aggression, the effectiveness of the United Nations is often what separates peaceful conflict resolution from tragedy (an example of the latter is depicted in the recent film Quo Vadis, Aida? set during the 1990s Srebrenica massacre in Bosnia-Herzegovina).

As Kimani forcefully underscored in his speech, the borders of Kenya and almost every African country were drawn in “the distant colonial metropoles of London, Paris and Lisbon, with no regard for the ancient nations that they cleaved apart”. These nations could not typically achieve independence against colonial masters and lasting peace through the barrel of the gun. They had to appeal to members of the international community, all of which fought their own battles for self-rule. A world in which multilateralism is “on its deathbed”, as Kimani lamented, is a world where norms are disregarded and might makes right.

The world’s major powers have opted overwhelmingly for unilateralism – at a stretch, “minilateralism” – as their starting point for the issuing of sanctions or frenetic last-minute attempts at diplomacy.

Kimani’s speech was widely applauded and shared online. Despite being somewhat overshadowed by debate about Kenyatta’s much anticipated Sagana Declaration address, it was also celebrated at home. The news website Tuko hailed Kimani’s speech “as one of the best to have ever been delivered before a United Nations Security Council meeting in recent times”, while Citizen Digital called Kimani “bold and poised”. The Standard, Kenya’s oldest newspaper, commended the Ambassador for his boldness in an editorial. Several websites penned hasty biographies of their new diplomatic star. Perhaps the most insightful comment was made by an anonymous individual below the line, who said that:

Kenya’s argument is very compelling, almost all the borders Kenya is sharing with its neighbours, divides communities. For instance, KE-TZ [Kenya/Tanzania] borders divide Maasai, Kuria, Digo peoples who live on both sides of the border. Imagine if one day we felt like redrawing our borders.

Kimani’s speech deserved praise but it also raises a troubling question: why did it require a nation with no direct stake in this crisis to speak up for multilateralism? The world’s major powers have opted overwhelmingly for unilateralism – at a stretch, “minilateralism” – as their starting point for the issuing of sanctions or frenetic last-minute attempts at diplomacy. When announcing fresh sanctions against Russia this week, Scott Morrison said that “Australians always stand up to bullies”. A pity then, that Australia is seemingly mute about Quad partner India’s disappointing Security Council statement urging a “mutually amicable solution” (perhaps Ukraine could amicably hand Luhansk and Donetsk to Russia?).

The United Nations at which Martin Kimani serves will be impotent if it is treated as such. But instead of consigning it to irrelevance, the international community – especially its largest states – should draw on the experience of its dedicated diplomatic corps and the rich historical experiences of its members.

Dubai’s surface has the qualities of a mirage, still reflecting easy riches but is, in reality, abandoned and uncertain.
Stephen Blank 4 Sep 2018 16:00

The largest military exercises in decades will see hundreds of thousands of troops in something approaching real combat.
Melissa Crouch 3 Feb 2021 14:00

Democracy campaigners tried to play by the military’s rules. They suffered for it anyway.