A Chinese warship’s use of a laser on an Australian surveillance plane was no accident but purposeful aggression. 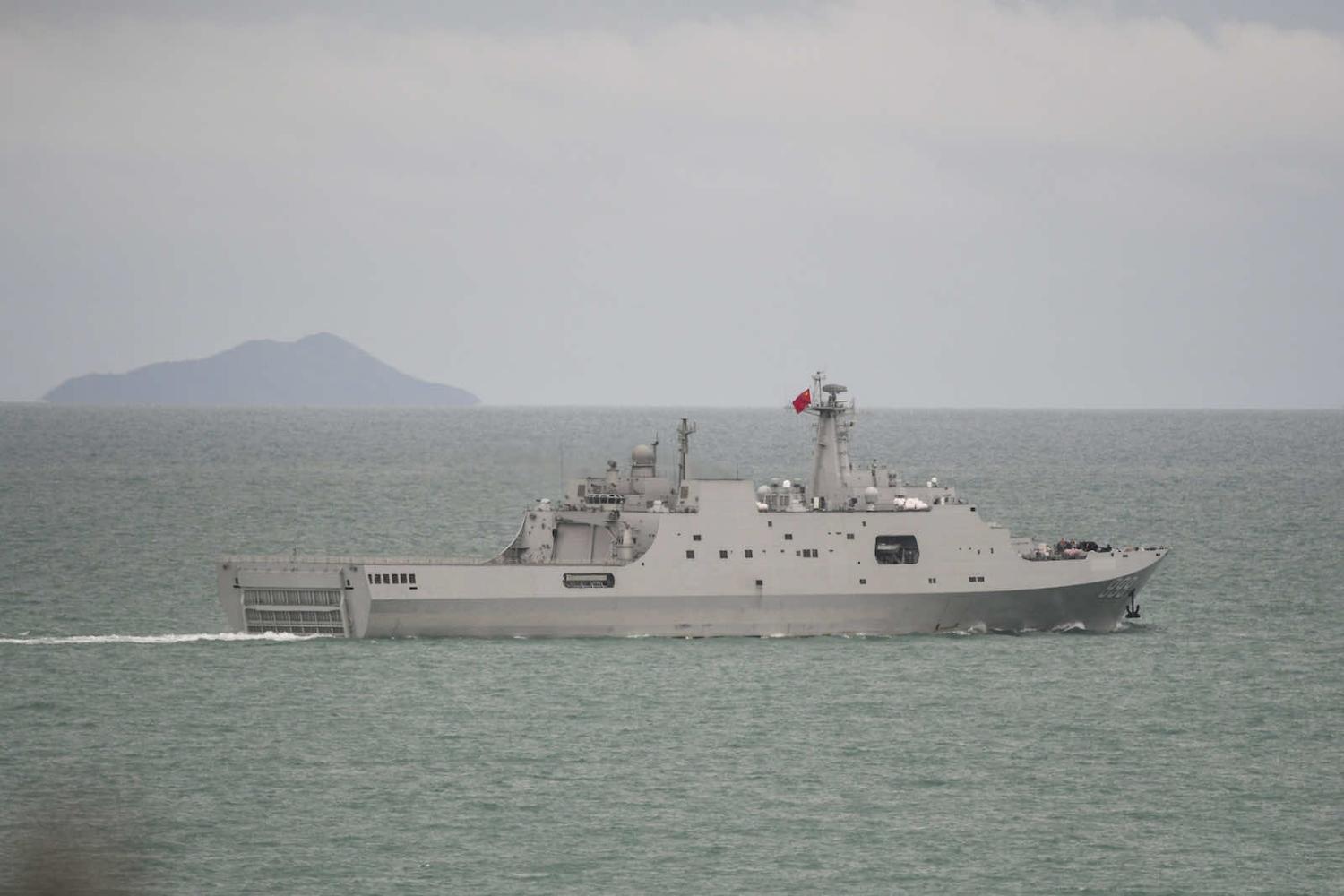 A PLA-N Yuzhao-class amphibious transport dock vessel transiting the Torres Strait on 18 February, a day after the reported lasing of a RAAF P-8A (Department of Defence)
Published 25 Feb 2022

Just after lunchtime Thursday 17 February, China for the first time undertook grey zone actions in the seas close to Australia. There have been many earlier cyber intrusions targeting Australian government and commercial sites but this was the first time physical actions have been taken against Australia outside the disputed maritime areas in the northern hemisphere. Given China first tries a new approach and then steadily increases its usage, such Chinese actions may become “normal”.

Australia’s concern is that the laser is of military standard and by implication not eye safe and able to cause permanent eye damage or temporary blindness. Such lasers are for unrestricted use only in war – in peacetime strict safety protocols need following. The use of lasers for dazzling or blinding aircrews flying maritime patrol aircraft was first used by the Soviets in the late Cold War. The Jinggang Shan is apparently fitted with a Soviet-era designed optical fire control system.

The PLA-N is a highly disciplined navy and there will be several CCP political officers on board both ships to advise each captain and make sure all actions taken are strictly in accordance with Party guidance.

Chinese fishing vessels have used commercial-grade lasers before against Western aircraft and helicopters in the disputed East and South China Seas. However, these are probably eye safe lasers which may dazzle at night but not normally cause permanent damage.

China has not denied laser use, instead opting to confuse matters. The Chinese government argues that the Australian aircraft in its intelligence collection mission flew close to the ships and also dropped sonobuoys in the vicinity. In response, Australia noted the nearest the P-8 came was 4 kilometres and it was before that, at 7 kilometre range, when the laser was used.

Meanwhile, the Chinese Communist Party media outlet Global Times has asserted that dropping sonobuoys would force any nearby underwater Chinese submarine to surface. Navies worldwide would like anti-submarine warfare to be as easy as that, but it is not. Moreover, the ships were in the shallow Arafura Sea, on the Australian continental shelf, at a location with a water depth of about 50 metres where submerged submarine operation would be problematic.

This incident may seem a minor matter but there are several concerning implications.

First, for the People’s Liberation Army-Navy (PLA-N) to use a high-powered laser in such a deliberate manner is a serious step. In possibly causing injuries to aircrew, it is an act of aggression, not just intimidation. The PLA-N is a highly disciplined navy and there will be several CCP political officers on board both ships to advise each captain and make sure all actions taken are strictly in accordance with Party guidance. This means this is not an accident but is a purposeful act, authorised at the highest levels.

Second, China’s grey zone actions in the last couple of years seem to be becoming more violent, with the worst the killing of 20 Indian soldiers. The use of military-grade lasers is now becoming frequent with recent incidents involving the United States, both at sea and from the shore, and Japan. The overall trend suggests further deterioration into increasingly violent grey zone incidents.

Third, the incident used a fire control system. In the naval domain, such use can be considered as a hostile act. This is not the first time the PLA-N has caused such concerns.

Fourth, the use of this lasers in this manner appears in contravention of the 1995 Protocol on Blinding Laser Weapons to which China became a party in 1998. China already appears to be ambivalent about abiding by treaties, a move seemingly following Russian President Vladimir Putin’s lead. However, purposefully disregarding globally agreed law of armed conflict agreements is a most serious matter. It raises grave questions of how the Chinese armed forces might act in the future, including during a war.

Last, such incidents would ideally be avoided in the future. Ultimately this is in the power of the Chinese Communist Party, however, its cavalier attitude is worrying. Given this, the options are to deter or defend.

In terms of deter, other nations are unlikely to return “fire”, that is lase Chinese aircraft given safety concerns and treaty agreements. Accordingly, the Australian government’s efforts to publicise the event are a good first response. This has forced China to recognise its actions, even if dismissive of concerns.

Such efforts should be undertaken each time China transgresses. In the court of global public opinion, such incidents become examples of China deliberately behaving badly, simply “wolf warriors” afloat. Such incidents could also be bought up for discussion at United Nations forums and International Red Cross international humanitarian law meetings.

Previous Article
Why was it left to Kenya to speak up for multilateralism?
Next Article
Keeping Australian uranium out of Russian hands – and bombs

This week's links also include updates on the asylum seekers and refugees on Manus and a possible revival of the ABC's shortwave radio services.
Frances Kitt 15 Jan 2018 12:32

A collection of links and stories from the aid and development sector.