Australia has a lower war-to-aid ratio, but the US is more transparent about its failure against the Taliban. 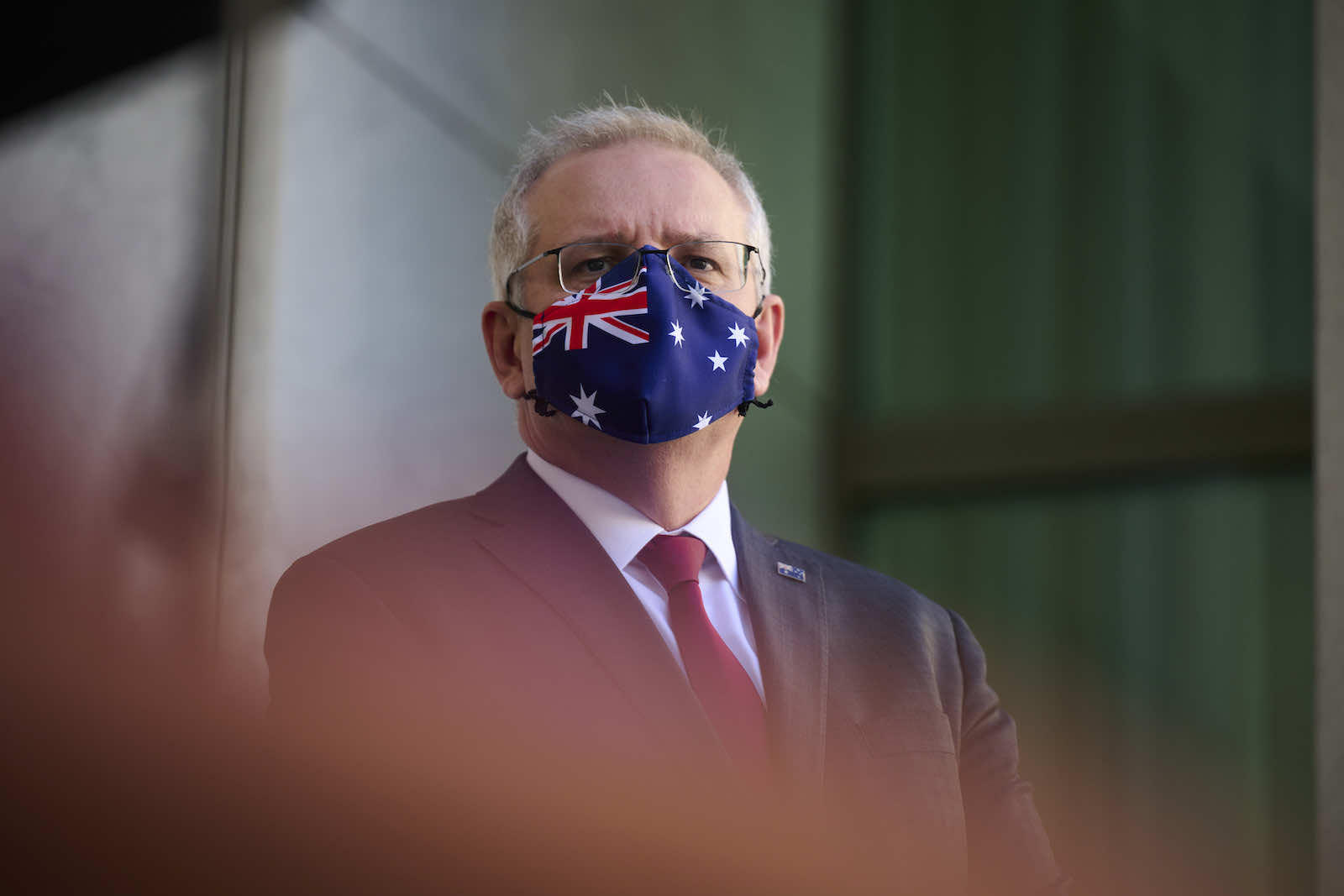 Bob Carr recalls in his Diary of a Foreign Minister how a senior Australian intelligence official told him bluntly in 2013 that the war against the Taliban was failing.

“We spent a billion dollars in Uruzgan province … We could have achieved the same result if I had been sent up there with $10 million to distribute bribes,” the official reportedly said of his regular visits to Afghanistan.

In his mordant style, Carr notes in response “the largest coalition in history … for nothing. It does not bear thinking about.”

Apart from confirming the bipartisan nature of the disastrous Afghan departure and the cynicism of the intelligence experts now leaking against Joe Biden, the anecdote also raises the question of how to assess the financial cost of the whole troubled exercise.

The US Special Inspector General for Afghanistan Reconstruction John Sopko says the actual war has cost US$837 billion, although when interest, health care and other war costs are taken into account the Brown University Cost of War project says that should be almost $2.3 trillion. That’s a lot more than the annual size of the Australian economy.

Reconstruction and aid has cost an extra US$145 billion, including US$83 billion building the Afghan National Army which is almost three times Australia’s annual defence spending. But actual grassroots aid spending has been estimated at less than US$20 billion overall by economist Jeffrey Sachs, due to the way various security costs chewed into the aid budget.

Analysis can, of course, identify the price of everything and the value of nothing because war is expensive, and the recovery can be remarkable.

Meanwhile, Australia’s war effort is estimated to have cost $10 billion, but with no official figure unlike the commendably transparent United States. And $1.5 billion has been spent on aid, which is down to $51 million this year.

Afghanistan’s GDP this year was forecast to be about US$20 billion before the Taliban takeover with about 40% of that directly due to foreign aid spending.

So even the lower end cost to the US of $1 trillion for the war amounts to an annual average of about five times the US$10 billion non-aid Afghan economy today and vastly higher multiples in the earlier smaller economy years or if the broader method of calculating the war cost is used.

The lower end average annual US war spending of about $50 billion is about 15 times the gross non-military aid of US$3 billion ­– or closer to 50 times Sach’s estimate of what was spent on average each year in the community.

At least Australia’s war to aid ratio appears to be less than ten times, although that might be said to be another example of free riding on the US security alliance.

This sort of analysis can, of course, identify the price of everything and the value of nothing because war is expensive, and the recovery can be remarkable, as post-war South Korea has demonstrated. Various human development indicators in Afghanistan have also improved significantly during the time and this is hard to value.

But amid the tragic evacuation from Kabul, these figures (which still don’t account for European and global agency military and aid spending) provide good reason for thinking about how this money could have been better used. 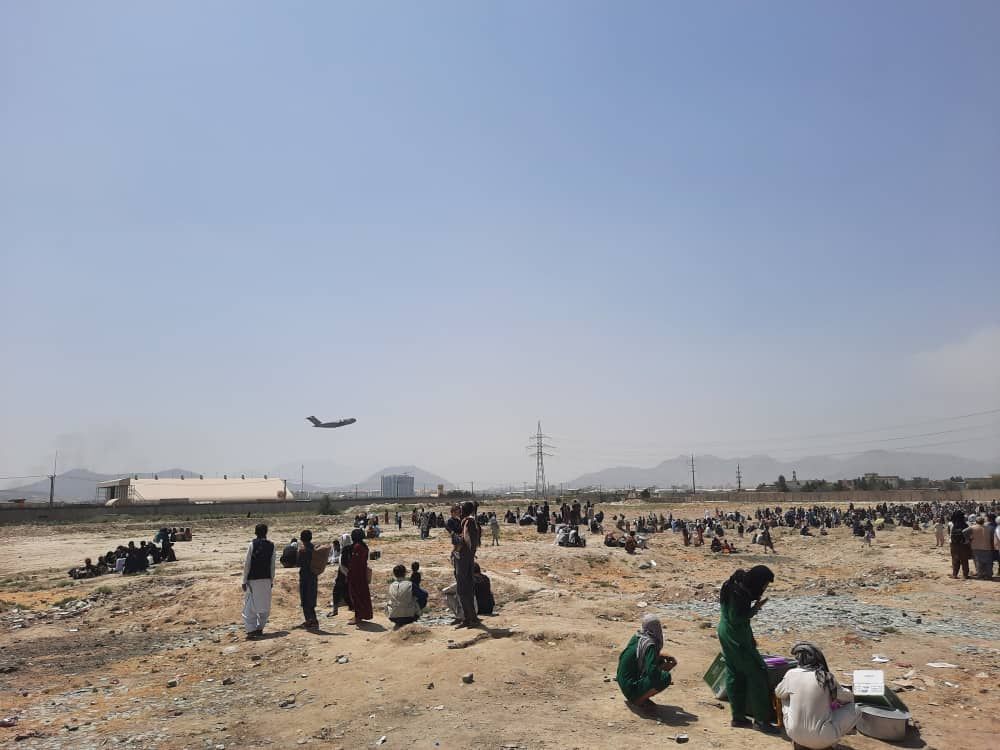 If the goal was to rebuild and leave behind a country that can sustain itself and pose little threat to US national security interests, the overall picture is bleak. The US government had less influence over Afghan institutions than it hoped – not due to the amount of resources it gave, but due to how the US government used them.

The irony about the increasingly poor returns from this multi-trillion dollar investment in a more stable, liberal Afghanistan is that the same Western powers are now set to use their economic power directly to pressure the Taliban regime – but with comparatively small change. After conceding the war-plus-some-aid model didn’t work, they are threatening to withhold access to US$460 million in new International Monetary Fund funds and US$9 billion in Afghan foreign reserves.

And finally, how does the even more pragmatic suitcase full of money solution for dealing with the Taliban from Carr’s intelligence official stack up these days?

Well, the Inspector General is not impressed:

It became increasingly apparent that Afghan officials themselves were corrupting reconstruction efforts, exacerbating conflict, and driving many Afghans into the arms of the Taliban.

Seven years after he touted a rapid turnaround trade agreement with India, former prime minister Tony Abbott has lost none of his enthusiasm for doing business in the world’s biggest democracy.

Abbott discovered India as a backpacker and has now taken to declaring it will be a big part of his remaining public life in what will be an interesting contrast with his peer ex-PMs. Indeed, he is aiming to fashion a role for himself in a burgeoning India relationship the way former prime minister Bob Hawke did with China after leaving office. He told a recent Australia-India Business Council (AIBC) event after returning from India as the Morrison government’s special trade envoy that he wanted to secure an “early harvest” trade agreement by the end of this year.

Abbott has now gone further than 2014 by declaring that the early harvest should put 100 tariff lines representing 98% of two-way trade on a clear path to zero.

That, in itself, is a brave call given Australia started negotiations on a trade deal in 2011, Abbott as prime minister forecast it should be finished in a year in 2014 and Australian trade officials spent 2019 unsuccessfully trying to keep India in the Regional Comprehensive Economic Partnership as a fall back to no bilateral deal.

But Abbott has now gone further than 2014 by declaring that the early harvest should put 100 tariff lines representing 98% of two-way trade on a clear path to zero tariffs.

And just to set the bar a little higher, he has contrasted the 150% tariff on Australian wine exports with the 2.5% tariff on coal exports and declared, “Really this is a little bit unreasonable.” He says the new commerce minister Piyush Goyal, who knows Australia from his time as energy minister, “absolutely is someone we can do business with.”

Had an extensive meeting with @HonTonyAbbott, Special Trade Envoy of the Prime Minister of Australia.

The former prime minister’s enthusiasm for building a new strategic relationship on a comprehensive trade deal is quite a contrast to the way the conventional wisdom on economic engagement had shifted to more targeted sectoral, regional and non-trade initiatives in areas such as investment. For example, there’s been a lot of effort on technology cooperation in places such as Bengaluru outside the protectionist heartland.

Indeed, former Department of Foreign Affairs and Trade secretary Peter Varghese created the intellectual framework and the roadmap for a more strategic targeted approach as an alternative to a comprehensive agreement in his 500-page report released in 2018.

But circumstances have certainly changed with the two countries discussing supply chain cooperation in response to the joint threats of China and Covid and taking part in more joint naval exercises.

At the very least, Abbott might be able to count on some cheaper wine to drink when he settles into his promised regular passage to India.

The price of national interest

The Morrison government’s potential path to running a Pacific phone company is now rolling through federal parliament with the legislation making it clear the government will call the shots on any equity investment.

Legislation giving Export Finance Australia the power to go beyond loans and guarantees to owning a shares in businesses specifically refers to “important infrastructure investments in the Indo-Pacific or export-linked projects in Australia”, although other business appears to still qualify. 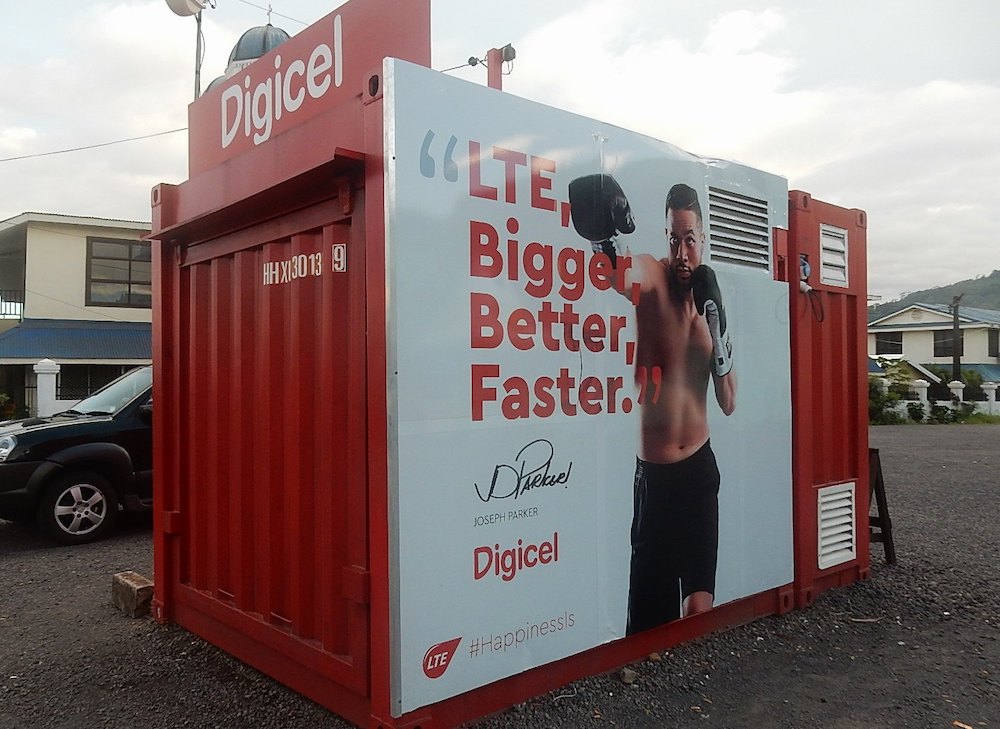 Investment support for critical minerals development and the provision of guarantees for foreign currency loans to various offshore projects are specifically mentioned as likely projects to get support. The legislation says: “Equity investments are a suitable form of financial support for important projects that support Australia’s national interests, when other financing tools are either unavailable or inadequate.”

This change would potentially allow EFA to join Telstra in buying Digicel Pacific and head off the potential for a Chinese company to get a communications foothold in the region.

It would also potentially allow the government to use its $1.5 billion Australian Infrastructure Facility for the Pacific as a vehicle for any such investment which would be overseen and potentially also supported financially by EFA.

But it makes clear that this equity investment power – which takes Australia down the road of having a fully-fledged development finance institution like some other countries – remains fully under the control of the government via EFA’s National Interest Account.

One of the curiosities of the legislation is that it, in effect, puts a value on what constitutes a project worthy of the national interest by declaring that these equity investments should normally be $20 million or more.

Whether that puts China’s multi-billion dollar infrastructure-building Belt and Road Initiative on notice remains to be seen.