Abe’s drive to “bring back Japan”

The former prime minister was a policy entrepreneur in debates that will guide the country’s future. 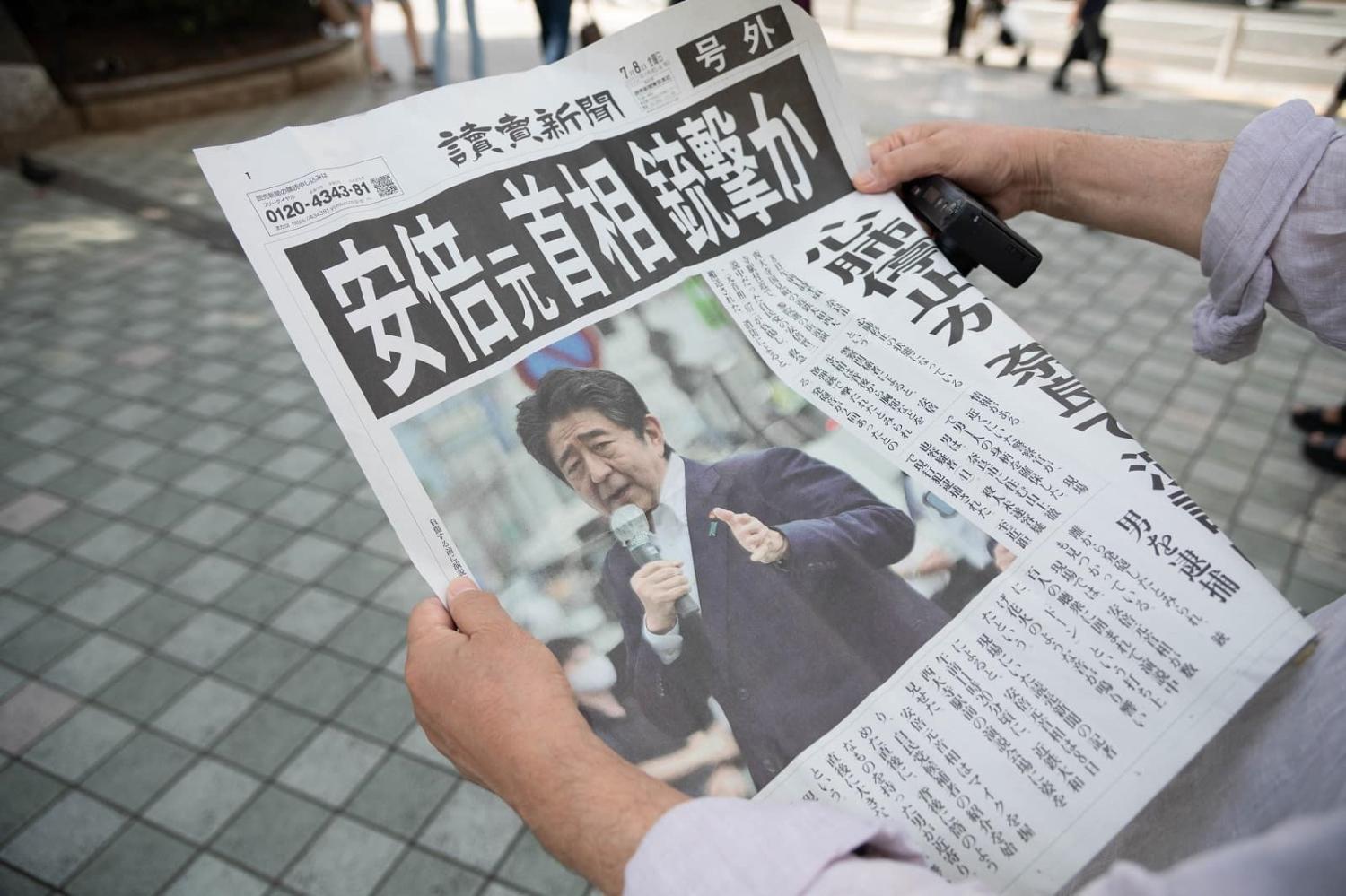 The ruling Liberal Democratic Party was victorious in Japan’s Upper House election held on Sunday, but it was the killing of former prime minister Abe Shinzo during a campaign speech two days before that will shape the immediate future for the country. Prime Minister Fumio Kishida described Abe’s shooting as “a cowardly and barbaric act”, and indeed, the cost is not only to Japan’s democracy but the Indo-Pacific region.

Leaders and experts have praised Abe’s extraordinary accomplishments as prime minister, especially his incubating role in the Quad, having first held office in 2006–07, and again for an almost eight-year stretch between 2012 and 2020. Tomohiko Taniguchi, Abe’s long-serving foreign policy adviser and speechwriter, described the former prime minister as a leader who understood that Japan had to enhance its economy, reinvest in the US–Japan alliance, and expand its diplomatic ties by reaching out to Australia and India as a means to withstand growing Chinese power in the years to come.

Abe’s passing may consolidate his faction of supporters in the LDP but also create a vacuum in the wider politics of the party.

While Abe stood aside as prime minister in September 2020, he continued to be a parliamentarian as well as a policy entrepreneur. Abe advocated for an increase to Japan’s defence budget to almost 10 trillion yen within five years, or two per cent of GDP. He also argued that American strategic ambiguity regarding the defence of Taiwan was untenable. During this election campaign, Abe continued to push strongly more than anyone in the LDP for an amendment to Japan’s constitution, related to the Article 9 provisions to “never” maintain land, sea, and air forces, “as well as other war potential”. As if throwing a stone into a pond, Abe’s enthusiasm to touch upon taboos or sensitive security issues created ripples, which stimulated controversial political discussion among the public.

Abe’s passing may consolidate his faction of supporters in the LDP but also create a vacuum in the wider politics of the party. Abe led the largest conservative faction, Seiwa-kai, which holds 94 members, outnumbering other factions including that of the current Prime Minister, Kōchi-kai, with 45 MPs. Seiwa-kai includes key political figures in the Kishida administration, such as the Chief Cabinet Secretary Matsuno Hirokazu, Defence Minister Kishi Nobuo, and Economy, Trade and Industry Minister Hagiuda Kōichi. It also includes LDP executives Chairperson Fukuda Tatsuo and Secretary-General Seko Hiroshige.

Although the faction has power based on its numbers, it was Abe’s leadership to assemble those MPs and ensure they found a place in the Kishida administration. It will be a challenge for the faction to maintain its influence without Abe’s astute guiding hand.

Abe’s open and receptive personality may have been his most valuable diplomatic resource. How much did his rapid establishment of an intimate personal relationship with President Donald Trump and the stabilisation of the US–Japan alliance curb China’s attempt to change the status quo? Or moderate Trump’s alliance scepticism, for that matter? Abe was criticised for deepening relations with Russia, and his receptiveness did not extend to Seoul during the Moon administration. And as many analysts have pointed out, Abe’s decision to visit Yasukuni Shrine in the face of concerns expressed across the region about its position as a symbol of Japan’s wartime militarism blurred his effort to promote the country’s role as a defender of the liberal and rules-based order in the Indo-Pacific.

That said, Abe leaves an enduring legacy. Japan’s increased diplomatic activism would have been unthinkable without Abe’s leadership, through initiatives such as the Free and Open Indo-Pacific or the striking of a Strategic Partnership Agreement with the European Union as well as resurrecting the Trans-Pacific Partnership agreement under the Comprehensive and Progressive Agreement for Trans Pacific Partnership. As American observer Michael Green has argued, Abe also made significant domestic reforms to Japan’s security institutions that are now embedded in the system. The centralised authority of policymaking for the Prime Minister’s Office enables future prime ministers to implement a whole-of-government approach. Abe sought to enhance the alliance with the United States and pass peace and security legislation that activated a limited form of the right of collective self-defence.

Abe’s approach to diplomacy also won nationwide support. The largest opposition party, the Constitutional Democratic Party of Japan (CDP), has declared it will seek to establish a free and open Indo-Pacific conference as a framework to discuss rulemaking for freedom of navigation and airspace in the region, which is essentially an endorsement of Abe’s foreign policy from 2012 to 2020. The CDP has also supported an increase in defence budgets.

It is too early to speculate about the impact of Abe’s death on public attitudes towards the policies he sought to advocate.

Abe long agitated for constitutional reform although was not able to garner support for a formal amendment during his time in office. But public sentiment has shifted gradually. According to NHK polling, support for a constitutional amendment has increased from 29 per cent in 2018 to 35 per cent in 2022, whereas opposition has dropped from 27 per cent to 19 per cent – although in general, uncertainty still prevails about the fate of Article 9. The CDP has gone from rejecting any amendments to a position where it has pledged to actively discuss and consider revisions.

It is too early to speculate about the impact of Abe’s death on public attitudes towards the policies he sought to advocate. Emotionally, the Japanese people may not change their views because of this tragedy. What Abe left was one pathway to “bring Japan back”. Making him a political martyr will only thwart democratic discussions. While it is exceptionally sad that the Japanese people have been robbed of Abe’s experience and wisdom in these debates in future, it is the duty of the living to guide Japan’s future based on his legacy.

Previous Article
Pacific Islands Forum meeting: the black cloud returns
Next Article
Wong’s own brand of diplomacy: will it work?

Japan’s advice to Australia to co-exist with China

Could the Australian response to Japanese trade practices in the late 1970s be a blueprint for dealing with China now?
2 Aug 2017 15:24