Foreign support for the rebuilding of Marawi City is necessary and most welcome but again will only address the latest symptom of this decades-old problem. 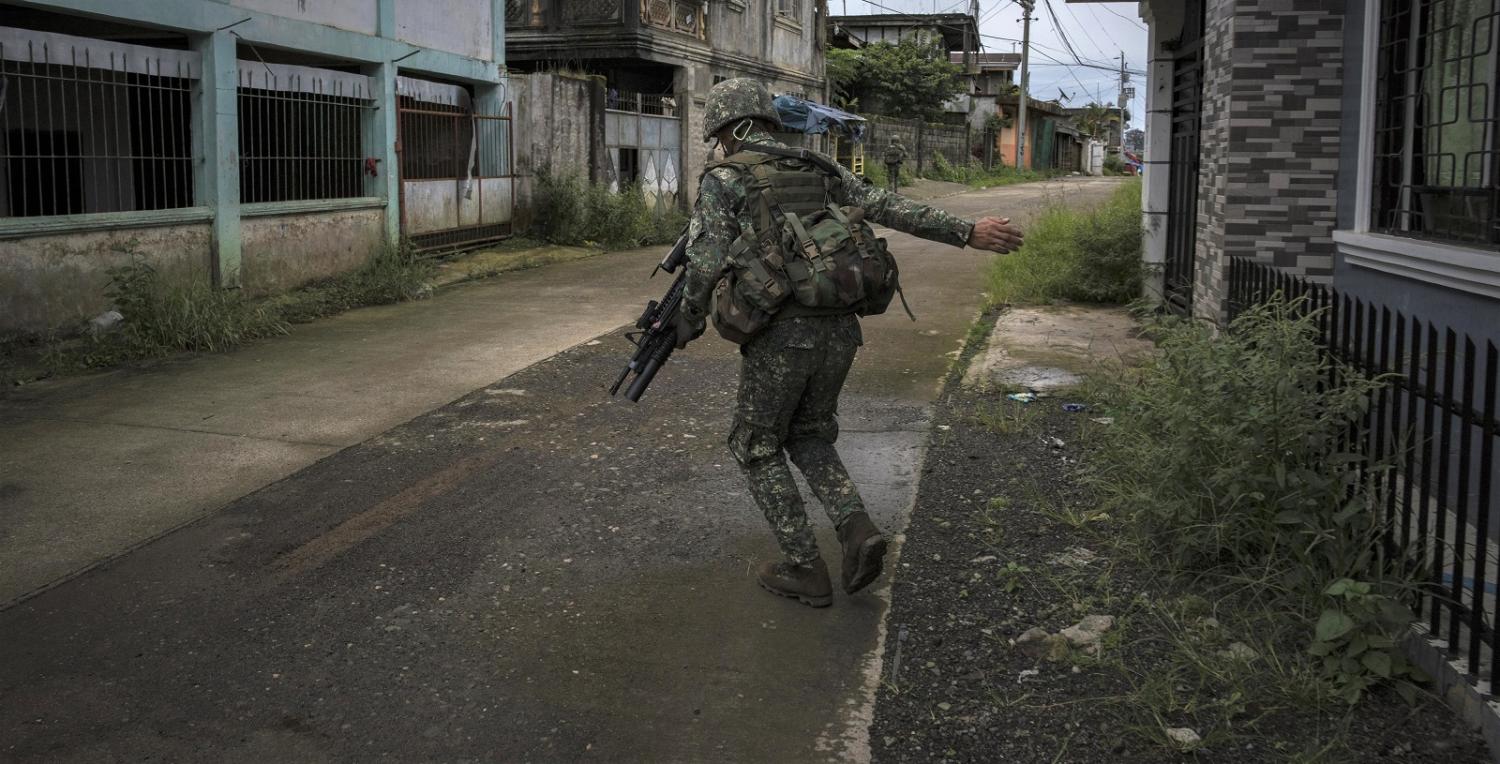 The longer the Marawi City siege lasts, the more the focus shifts to its larger regional implications. What happens if ISIS is able to establish a Southeast Asian beachhead in Muslim Mindanao? Some 10 weeks into the siege, the regional response, with Australia as a leading country, is becoming more coordinated and institutionalised. The number of countries involved, the rapidity of their response, and the new forms of cooperation being pursued reflect the depth and urgency of these regional worries.

These concerns have led to many firsts in regional counter-terrorism support to the Philippines including:

The United States has conducted joint patrols with the Philippines in the Sulu Sea and enhanced its long-standing counter-terrorism cooperation with the Armed Forces of the Philippines in Muslim Mindanao. The US and China have also donated weapons to be used in the Marawi campaign.

While necessary and most welcome, this counter-terrorism assistance likely will be of limited effect. The Armed Forces of the Philippines already has a significant asymmetry of force on its side compared with the terrorist group alliance in Marawi City, and all the terrorist groups fostered by the decades-old insurgency in Muslim Mindanao. Providing more arms, urban warfare training, Sulu Sea patrols and intelligence support will add to this asymmetry which, for decades now, has failed to end both the insurgency and the spawning of local terrorist groups. Despite the forces ranged against it, Mindanao remains a safe haven for terrorists from Indonesia, Malaysia and beyond.

In a similar vein, foreign support for the rebuilding of Marawi City is necessary and most welcome but it too will only address the latest symptom of this decades-old problem.

The only solution to the insurgency in Muslim Mindanao lies in a peace agreement between the Philippine government and the largest insurgent groups; an agreement that is constitutional, widely accepted by the Moro community and non-Muslim communities in western Mindanao, and implemented in good faith. President Duterte, as the first president from Mindanao, is the best-placed yet to help deliver such an agreement.  So far, however, his approach to this most elusive of goals has caused its own share of worries.

When the Marawi siege ends, foreign support should not end with it. Rather, it should be reoriented to supporting the search for a peace agreement and its effective implementation.

Malcolm Cook
Previous Article
Making sense of the known unknowns in the South China Sea
Next Article
Migration and border policy links: RAISE Act, Haitian immigrants in the US, ‘nexification’, and more

With so much information swirling around, especially on social media, just what should we believe?
Vijaya Ramachandran , Junaid Sadiq Masood 4 Oct 2019 06:00