Of maritime security and a rules-based order

All good in theory, but the operational logistics of multinational cooperation at sea will take more than narratives. 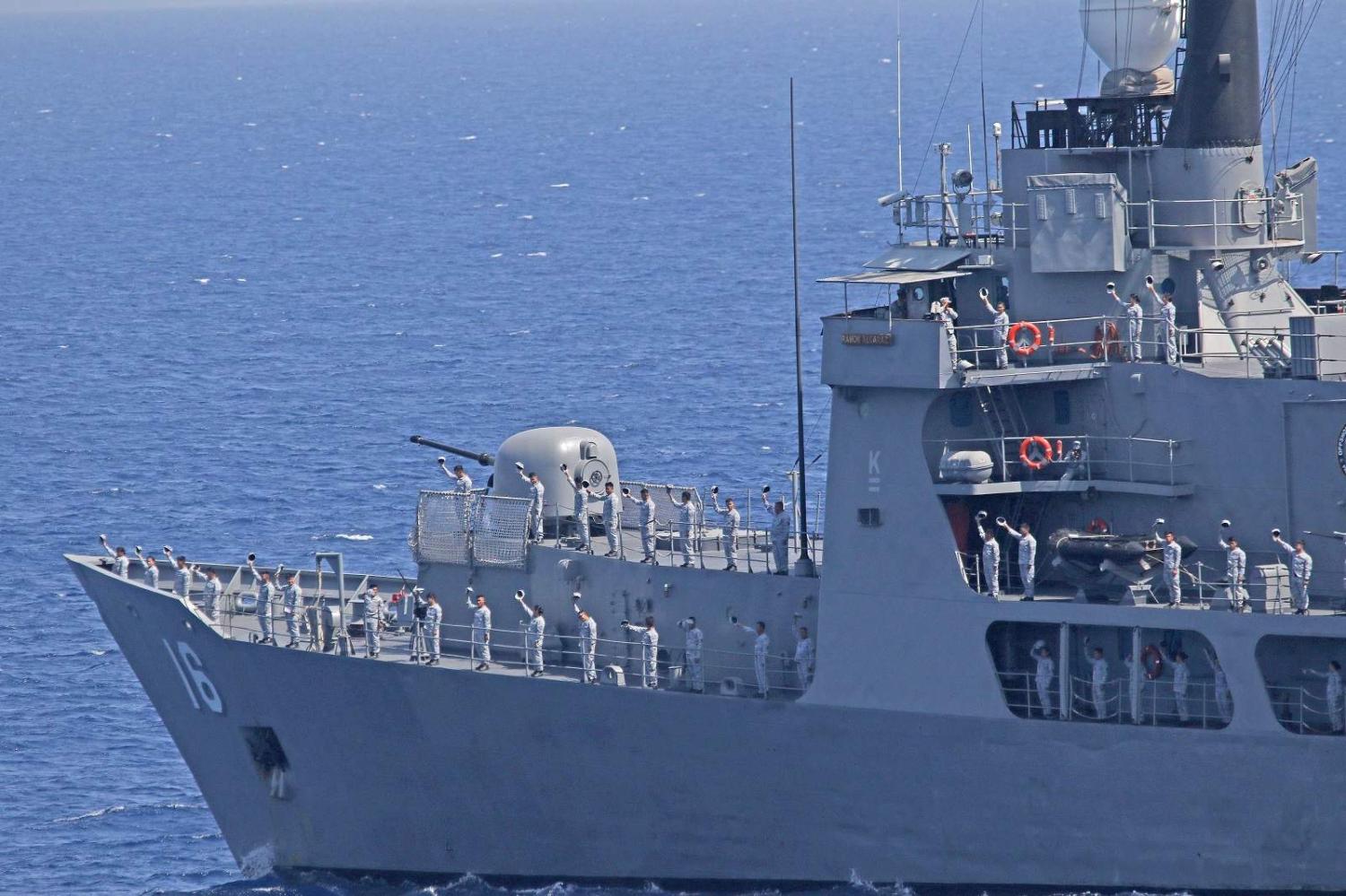 In the absence of clear guidance about how maritime cooperation is to be operationalised, navies engage in short-term arm’s length collaboration (Adam K Thomas/US Navy/Flickr)
Published 5 Apr 2022     Follow @abhijit227

Maritime scholars and practitioners often wrestle with the question of what a “desirable” architecture for maritime security should be, and how must it be properly implemented? The issue is complex, because although security is best delivered in collective and cooperative settings, there is often a lack of clarity about how cooperation between multinational security agencies should be practically operationalised.

Two aspects seem particularly knotty. First, how does one account for the material and strategic costs of military cooperation? It is no secret that naval collaboration entails political costs. India, which has long faced pressure from Russia to reduce strategic engagement with the United States (that in turn pushes New Delhi to lessen its military dependence on Moscow), is familiar with the costs of strategic cooperation. ASEAN, too, with a history of balancing between the United States and China, is conscious of the downsides of maritime collaboration.

But there is also a second and more complicated dimension. If integrative frameworks are rooted in national security and national interest, can region-wide maritime cooperation ever be functionally effective? Again, no answers are easily forthcoming. Notwithstanding the acknowledgement of the need for collaboration in the maritime domain, the political leadership in many countries is unclear about the extent of acceptable cooperation. Navies broadly know they must work together, but “to what degree”, “to what specific ends”, and “at what cost”, remains unexplained.

The preference for balanced interactions is markedly high in the Indian Ocean region, where many states regard non-traditional security as the holy grail of maritime operations.

In the absence of clear guidance about how maritime cooperation is to be operationalised, navies engage in short-term arm’s length collaboration, which does not translate into much over the longer term. Each side develops its own model of cooperative security, based entirely on the appreciation of national interests. On occasion, the military interactions are robust – such as during constabulary and humanitarian missions – but for the most part, maritime forces avoid working together in formats that risk provoking powerful players and disturbing the strategic balance of power.

The preference for balanced interactions is markedly high in the Indian Ocean region, where many states regard non-traditional security as the holy grail of maritime operations. Particularly in South Asia, human security and livelihood challenges are accorded priority over traditional security threats. Despite its record of aggression in the Indo-Pacific, China is widely regarded as an economic and security partner, and not as a threat to the rules-based order.

India, of course, is an exception to the consensus in South Asia. New Delhi recognises the China challenge in ways its neighbours do not. From an Indian standpoint, a Chinese maritime presence in the Indian Ocean has implications that go beyond naval confrontation. The realists in New Delhi know that Chinese dual-use ports under the Belt and Road Initiative are meant to establish Chinese power and hegemony in India’s natural sphere of influence, and shift the regional balance of power away from Delhi.

Yet the Chinese threat in India’s backyard is qualitatively different from the challenge in the South China Sea. Unlike in Southeast Asia, where Beijing aspires to full-spectrum dominance, China’s strategy in the Indian Ocean is one of incremental stakeholdership. If India used force against China, New Delhi (and not Beijing) would be seen as the aggressor.

In the Western Pacific, too, the picture is mixed. Southeast Asian states have resisted Chinese efforts to dominate the littorals, and even upped their collaboration to help fight irregular security challenges. But non-traditional security isn’t the low hanging fruit it was once assumed to be. Despite successes in counter-piracy and humanitarian relief, law enforcement agencies remain reluctant to jointly tackle armed robbery at sea, illegal fishing and other crimes that occur in coastal spaces. For all their professed zeal for integrated operations, navies and coastguards remain unwilling to allow foreign partners access into coastal waters.

The imperative to forge issue-based coalitions in a post-Covid world – where resources are scarce and commitments diverse – is bound to draw likeminded states into tighter embrace.

Against this backdrop, can the AUKUS trilateral security pact, the Quad and ASEAN succeed in creating the conditions for sustained cooperation in the Indo-Pacific region? The foregoing suggests it would be difficult. That, however, should not dishearten avid proponents of vigorous strategic collaboration, for country priorities are wholly circumstantial and shaped by the vagaries of geopolitics. India, which has consistently advocated “security and growth for all in the region” (SAGAR), is today more confrontational towards China (in the wake of the border crisis in Ladakh). Chinese aggression in Taiwan and Hong Kong has forced ASEAN also into hardening its Indo-Pacific posture.

But scholars and practitioners should beware of reducing maritime security to a simple contest of narratives. Those that insist the rules-based security order must focus on “enforcement” and “red lines” of acceptable conduct, should recognise that “order” rather than “strict rules” animates the policy preferences of many Asian states. We ought to be more creative in generating consensus around long-term cooperation. The aim should be to identify avenues for association and partnerships in areas where states may not necessarily agree on a way forward.

The imperative to forge issue-based coalitions in a post-Covid world – where resources are scarce and commitments diverse – is bound to draw likeminded states into tighter embrace. The need of the hour is for maritime forces to improve interoperability, expand collaboration in “hard” and “soft” security, and share the burden of littoral security. The habits of cooperation they now foster will hold navies in good stead when the threats begin to crystallise in ways that few today imagine or anticipate.

Previous Article
Bongbong Marcos closes in on the Philippines presidency
Next Article
Democracy or dynasty? Megawati delivers Jokowi a clip

News reports on the Hermit Kingdom too often confirm what the rest of the world thinks it already knows.
Dhruva Jaishankar 17 Mar 2017 13:24

The latest election results strengthen Modi’s hold on political power in India, but we can expect a lot more of the same in his approach to international affairs: some risk-taking, more energy, greater clarity, and a dash of showmanship.
Aaron L Connelly 18 Dec 2017 06:30