Talk of extending the Indonesian president’s tenure has earned a revealing rebuke from his political patron. 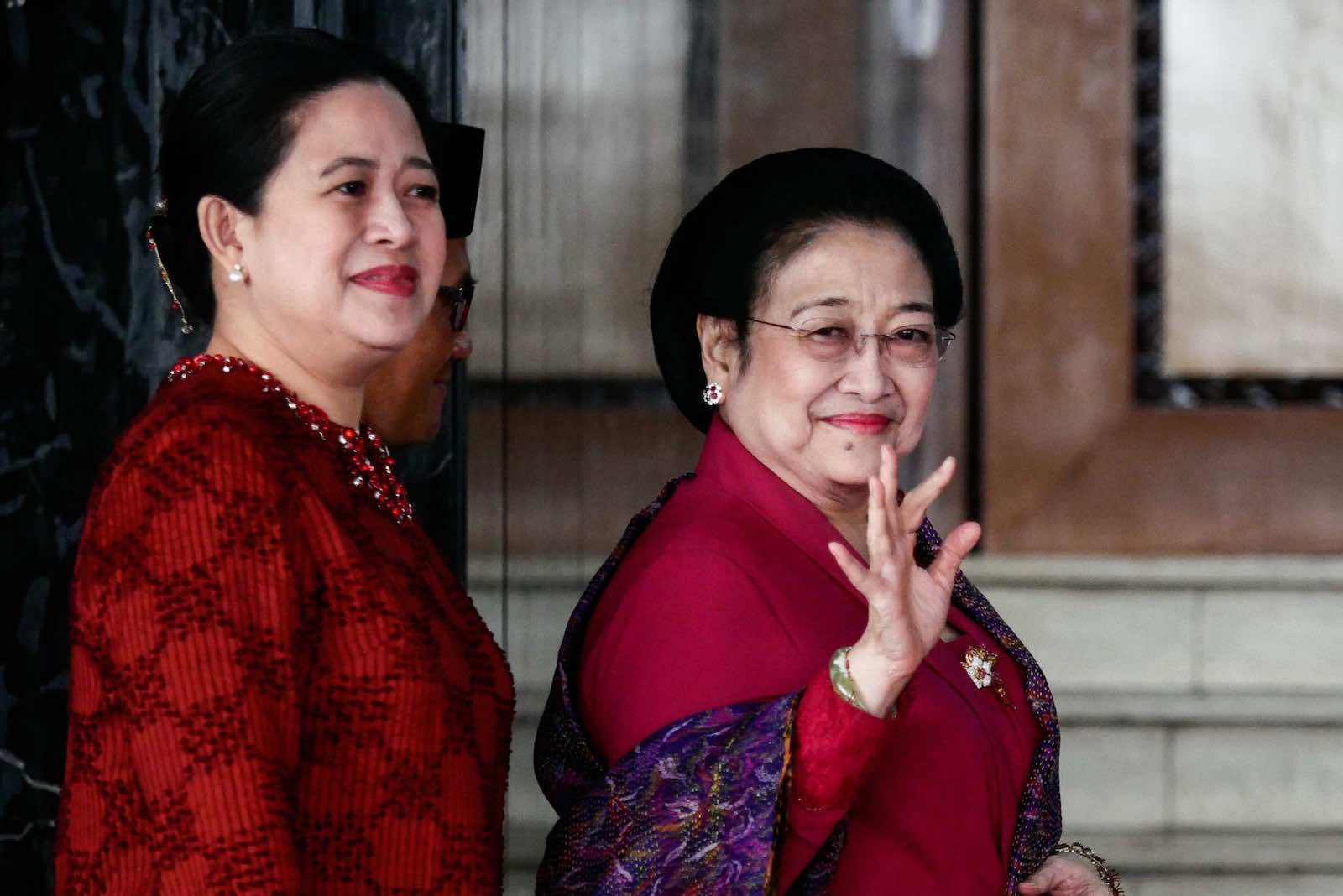 A terse commentary accompanying the video noted “it (was) more honourable to queue for cooking oil than be greedy about cabinet seats”.

The comment was intended to ridicule Megawati for being out of touch with ordinary Indonesians who had to queue to buy cooking oil following a policy bungle by the Ministry of Trade.  Instead of sympathising with them, Megawati had earlier criticised people for not trying cooking methods other than frying.

Unwittingly, however, the video also encapsulated the relationship dynamics between the president, commonly known as Jokowi and a card-carrying PDI-P member, and Megawati, his chief political patron and party leader.

In the video, Megawati enacted a hypothetical scene in which a nervous-sounding Jokowi tried to fob her off with four cabinet seats allocated to PDI-P, to which she answered with a resounding no. She mockingly mimicked the president’s speech idiosyncrasies, such as subtle lip-smacking and mini pauses in between words.

It was obvious to her audience, which included Jokowi and leaders from other political parties, that Megawati was treating the president like an underling seeking her approval in forming his cabinet after winning a second term in office. Her party cadres cheered on as she demanded that PDI-P receive the largest number of seats, while Jokowi and the party leaders let out uneasy laughter.

And the video was telling in another way: even now, three years on, Megawati’s ability to say no to Jokowi remains as strong today as it did in 2019.

This was amply demonstrated when Megawati objected to an attempt by several members of the political elite, notably leaders of the PKB, PAN and Golkar Party, along with Coordinating Minister for Maritime Affairs and Investment Luhut Pandjaitan, to have the 2024 elections delayed. The proposal has taken various forms but essentially amounts to an attempt to extend Jokowi’s tenure ­– either through delaying the presidential election or amending the constitution to allow him to run for a third term.

But the idea reportedly infuriated Megawati such that she retorted, “Do these people think this country belonged to their forefathers so they can do as they please?”

Toeing the line, other top brass at PDI-P echoed Megawati’s sentiment. Puan Maharani, Speaker of the House of Representatives as well as Megawati’s daughter and political heir, told party cadres in Surabaya that the elections would take place as scheduled in 2024. PDI-P Secretary General Hasto Kristiyanto claimed the pary and the president were as one against the proposed election postponement.

Far from being a democracy icon, Megawati remains the first and only chair of PDI-P since its inception in 1999.

Indonesia’s TEMPO newspaper and magazine has branded any attempt to extend Jokowi’s time in office as a clear and present danger to democracy. In an open letter to Megawati, the publication asked her to resist the move and “safeguard the hard-won democracy” for the nation, pointing out that as leader of the largest party in parliament, she was well-placed to do so.

The logic in identifying Megawati’s importance in repelling moves to circumvent the constitution is obvious, if ironic. Far from being a democracy icon, Megawati remains the first and only chair of PDI-P since its inception in 1999. Reminiscent of political practices during Suharto’s rule, PDI-P’s party congress has for the past 22 years consistently chosen Megawati as leader “by acclamation”. Since no one within PDI-P has ever mounted a challenge to her leadership, her sole candidacy is assured. She will eventually step down but at a time of her own choosing and will probably be succeeded by her daughter, Puan Maharani. Megawati’s main legacy for PDI-P will be that she has made it a political party for the Sukarno clan.

But Megawati’s own political career did not start out amid dynastic trappings. After her father was ousted by Suharto in 1967, the family spent the subsequent decades in political limbo, barred from politics until Suharto relented in the 1980s. In 1986, Megawati became chair of the Jakarta chapter of PDI ­– the precursor for PDI-P – and within a year she managed to win a seat in the House of Representatives. Her political rise through PDI was unsurprising, given that the party had been the result of the forced “fusion” by Suharto’s government of older parties with nationalist bend such as PNI, Murba, IPKI, Parkindo and Partai Katolik, all of which had traditionally aligned themselves with her father.

When Megawati won the party chair in 1993, beating Suharto’s preferred candidate Soerjadi, the government plotted her downfall, culminating in the 1996 schism, when the party was split in two rival camps. Her persecution at Suharto’s hands helped catapult her reputation as a new political rising star at a time that a movement was gathering unstoppable momentum towards democracy.

More than two decades later, Megawati has been called upon to defend the fruits of reformasi, though her own stewardship of PDI-P could hardly be said to be the same.