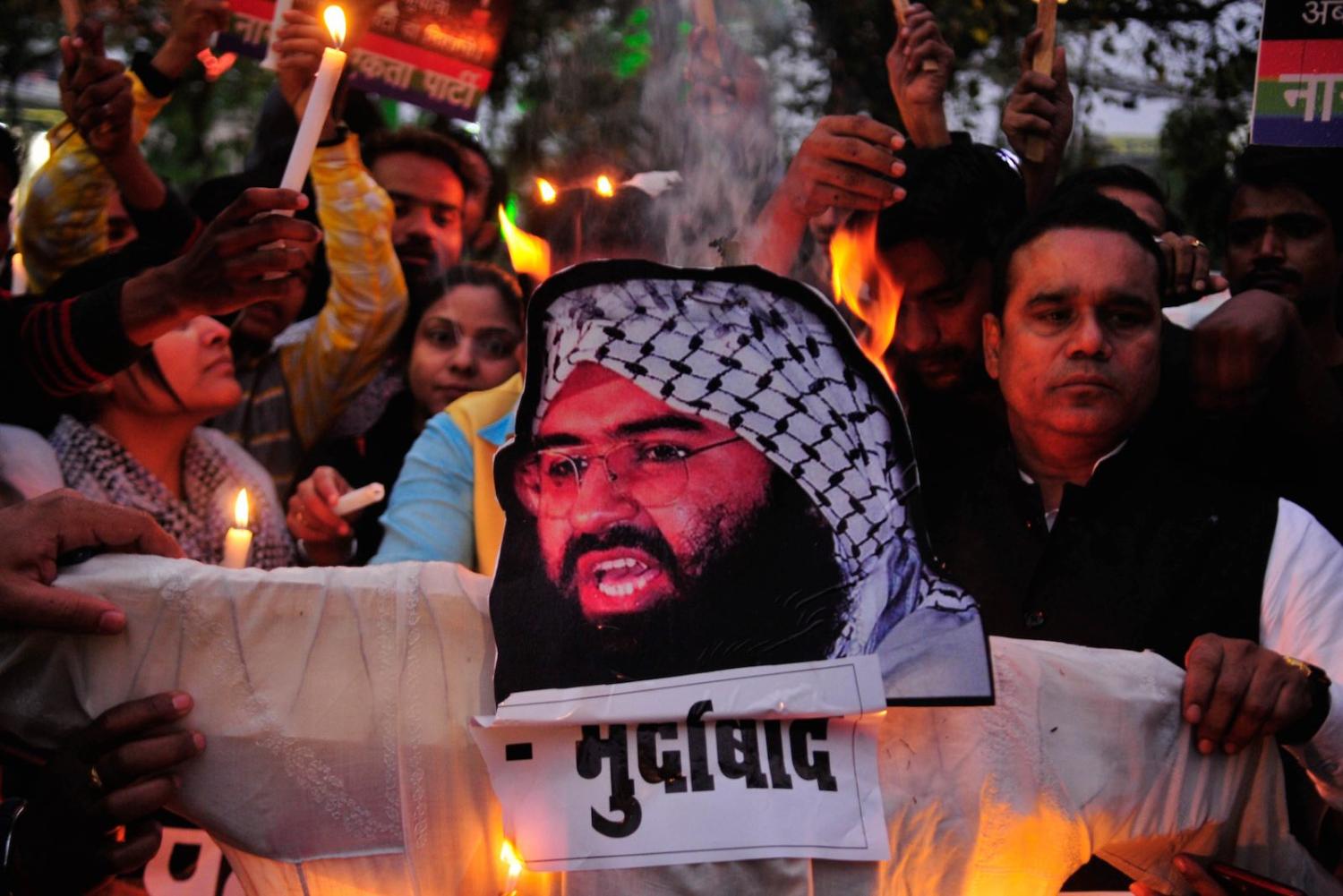 Four times Masood Azhar escaped the formal designation as an international arch-terrorist. Each time India had sought to add his name to a UN Security Council blacklist as the head of Pakistan-based militant group Jaish-e-Mohammed, China had cast a veto.

But in a sudden turn-around this month that came bang in the middle of India’s recently concluded general election, Beijing finally relented, handing New Delhi a significant diplomatic victory.

Jaish-e-Mohammed is the group responsible for some of the worst attacks on India in recent years, including the Pulwama terror attack in India-administered Kashmir in February that killed more than 40 Indian paramilitary police. The news on Azhar’s designation as a terrorist could not have come at a more opportune time for the ruling Bhartaiya Janata Party, allowing Prime Minister Narender Modi to further emphasise the national security card. A huge nationalistic fervor had already taken hold in the country following the air strikes against Pakistan in February. The BJP had recalibrated its campaign strategy, centering nationalism and underscoring the government’s hard line on terror.

With China’s objection lifted, Azhar has been added to what is known as the 1267 Sanctions List. Consequently, any of his assets will be frozen, a travel ban imposed, as well as an arms embargo by all UN member states. In theory, this will effectively mean total immobilisation of Azhar and a shutdown of his organisation and its institutions, such as terror camps and “madrasas” or Islamic seminaries, long accused of being a hotbed for radicalisation.

But is that a realistic possibility?

For the big picture, lost in the headlines was a sub-note in the declaration that China and Pakistan had worked jointly to delink the designation from the strife in Kashmir, as well as the Pulwama attack. The delinking allows Pakis­tan to carry on with support for the broad range of Pakistan-based Kashmiri separatists.

The conventional wisdom is that if the Jaish-e-Mohammed disappears off the radar, the Pakistani establishment could prop up other organisations or proxies.

More specifically for Jaish-e-Mohammed, apart from the optics, it is difficult to know what practical effect this labelling means. It is a moot question is whether the move will end the group’s ambition to carry out terror attacks on India or reduce the level of violence in the Kashmir Valley. Pakistan’s government has vowed to enforce the sanctions, but such promises have been made before.

Security chiefs in India believe that labelling Azhar does not carry real significance unless Pakistan changes its policy of providing a haven and financial support. The conventional wisdom is that if the Jaish-e-Mohammed disappears off the radar, as happened after it was accused of responsibility for the 2001 attack on India’s parliament, the Pakistani establishment could prop up other organisations or proxies.

Past experience offers little encouragement. The founder of the terror outfit Lashkar-e-Taiba, Hafiz Saeed, wanted by the United States and the subject of a $10 million, was released by a Pakistan court “house arrest” in 2017. Meanwhile, the outlawed Jama’at-ud-Da’wah, responsible for carrying out the Mumbai terror attack in 2008 that killed 166 people, is simply believed to be a front name for the notorious terrorist group Lashkar-e-Taiba. There are a multitude of examples.

Pakistan’s Prime Minister Imran Khan has adopted an indignant tone when confronted by the issue. “We can’t live in the past,” he said in a November interview with Indian television. “We also have a list of wanted in India … It is not in our interest to allow use of Pakistan’s territory for terror outside.” But although Pakistan has banned both Jaish-e-Mohammed and Lashkar-e-Taiba, the leadership of these groups has never been convicted of any crime. Whenever the international spotlight has fallen on Pakistan, the supposed crackdown on terror has meant these groups either adopt different nomenclatures, or their properties are later returned surreptitiously for lack of evidence.

Azhar himself is hardly a stranger to Pakistani “pressure”. He was arrested by security forces in December 2001 after pressure from India and other countries following attack on India’s parliament. However, a three-member review board of the Lahore High Court ordered he be released. He was once again placed under house arrest in Bahawalpur in December 2008 following Mumbai attacks, but was never charged and later the authorities even denied taking him into custody.

There are other forms of international pressure that might have great effect. The inter-governmental body Financial Action Task Force (FATF), with the job of combating money laundering and terrorist financing, has been tightening the screws on Pakistan.

Since June last year, Pakistan has been on the FATF “grey list” owing to its actions such as providing safe haven and financial support to terror group, restricting the country’s ability to obtain foreign capital (The Grey List: more trouble for Pakistan’s economy). At its last meeting in February, the FATF declared that Pakistan has not done enough to check the finances of terror groups such as Jaish-e-Mohammed and Lashkar-e-Taiba. Pakistan risks being pushed only the “black list” if did not do enough to revise its terror financing risk assessment.

Pakistan still has a huge amount of ground to traverse to convince the international community it is doing enough to confront terrorism. For India, there are no easy answers ahead of containing terror despite its symbolic diplomatic victory.

Previous Article
The importance of Taiwan’s diplomatic partners in Oceania
Next Article
Charting China, the (not always) super power

Technocratic, non-ideological leaders like Theresa May and Hillary Clinton are tempted to think you can take the politics out of politics by striving for consensus.
Henry Sherrell 2 Feb 2017 08:59

The Trump Administration presents the best opportunity we will ever have to present Australia as a place of welcome and innovation.