The virus is making a slow comeback in countries once hoped to be free of the disease, making quick action essential. 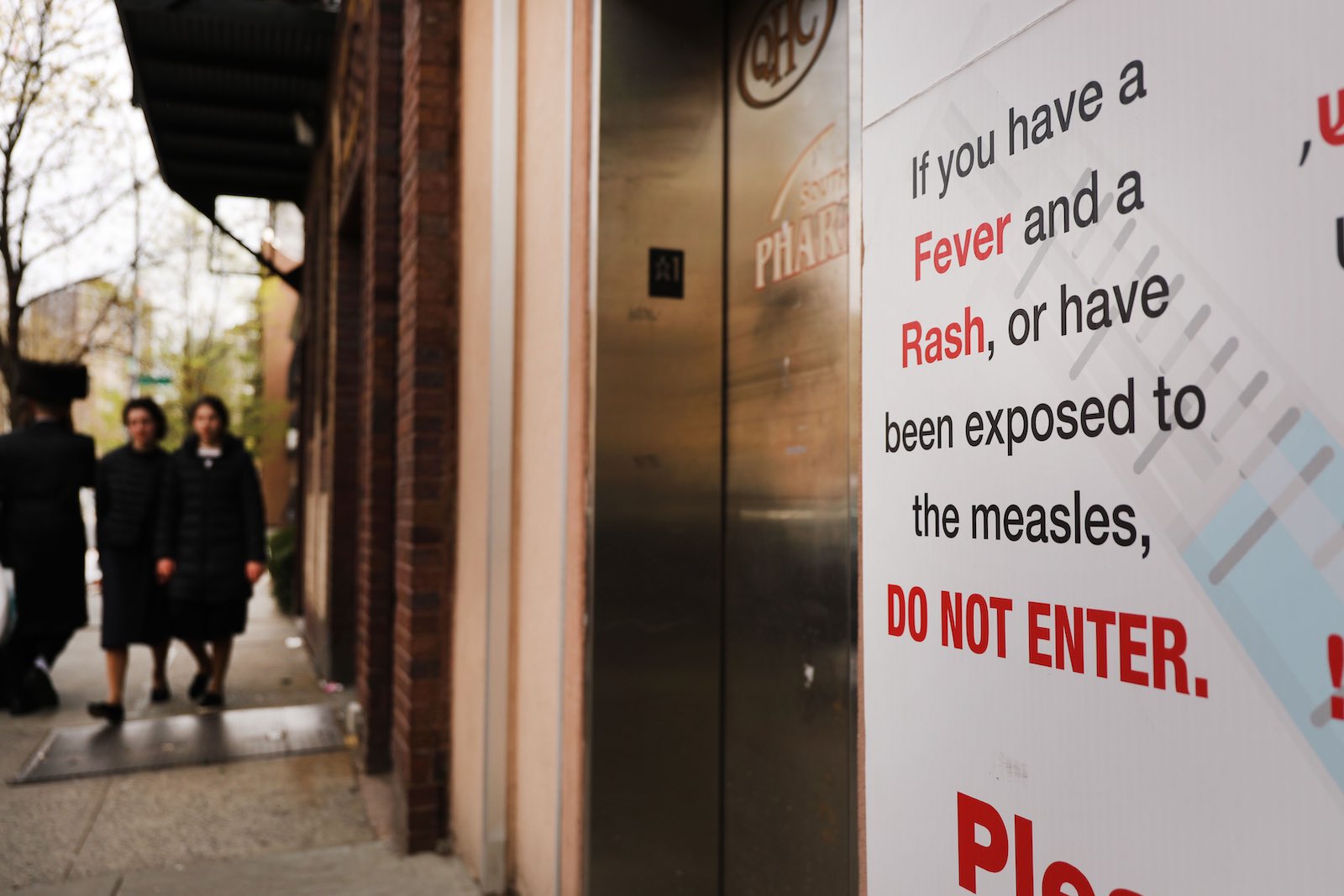 A recent surge of measles cases in the United States has seen outbreaks in 23 states and the declaration of a public health emergency in New York City. While measles was declared eliminated in the US in 2000, this latest upswing is part of an almost 300% rise in global measles cases this year.

Australia was declared free of measles in 2014. While the virus more commonly occurs in low and middle income countries, recent outbreaks in the US, Europe and Israel indicate a deeply concerning resurgence in the developed world. Following a spate of cases across Australia over the summer, an important question must now be asked: can Australians do more to prevent a serious outbreak at home?

Measles is a highly contagious and serious disease characterised by fever, cough, coryzal symptoms and rash; up to 90% of susceptible people with close contact to a measles patient will become infected. In serious cases, swelling and inflammation in the brain can result in brain damage or death, with more than 100,000 deaths recorded globally in 2017.

Outbreaks in the US commonly occur in communities with lower vaccination rates, including the Amish and Ultra-Orthodox Jewish populations. The recent outbreak among Orthodox Jewish communities in New York City originated with an unvaccinated child who had visited Israel, which battled 4000 cases in 2018, up from 30 the year before.

While the rise of anti-vaxxers has contributed to this global increase in measles transmission, the movement does not appear to have had much of an impact in Australia. Measles vaccination rates are nearly 93.5% in Australian children, keeping the country in the 90-95% target range required to achieve herd immunity against the disease. At this level of vaccination, it is extremely difficult for the virus to spread in a community, providing protection for children who are not vaccinated due to medical illness, conscientious objection or being too young.

Are Australians at risk?

Australia’s relatively high national and state vaccination rates can obscure areas where the percentage of fully immunised children drops below 85%. Decreasing immunity in people born between 1966 and 1994 is also of concern; while Australia’s current two-dose measles vaccine schedule provides lifelong immunity in more than 96% of people, a one-dose schedule was relied upon until the early 1990s, leaving those aged in their 20s to 50s at increased risk.

Growing rates of travel to at-risk locations further increases the likelihood of the virus crossing borders.

Growing rates of travel to at-risk locations further increases the likelihood of the virus crossing borders. Australia is currently experiencing a national measles spike, with nearly 100 confirmed cases this year, most likely due to tourists and travellers returning from overseas.

In 2012, a man returning to Australia from Thailand became the first case in an eight-month outbreak that ultimately affected 167 people across southwest Sydney. While most of the affected local government areas had vaccination coverage rates similar to the state average, these high-level geographic statistics lack the sensitivity to detect pockets of low immunity.

A post-outbreak review found that approximately 20% of cases were reported in people from the Pacific islands, particularly Samoa. While Australia does not collect immunisation data by ethnicity, staff working in school-based measles clinics during the outbreak reported that many students from the Pacific islands missed routine childhood vaccinations including the measles, mumps and rubella (MMR) vaccine, both before and after their arrival in Australia.

Raise the index of suspicion for measles

An expert panel convened in Sydney after the 2012 outbreak recommended strategies to address poor vaccine coverage in migrant communities, such as the inclusion of measles vaccination status in travellers’ health records ­– a strategy already used to control the spread of yellow fever in endemic countries. Other experts have called for more research into the drivers of low rates of vaccination in some communities, including the possible role of anti-vaccination sentiment.

Ensuring up to date policy for the rapid diagnosis and triage of suspected measles cases is also critical. Alarmingly, 16 infections in the 2012 Sydney outbreak occurred within healthcare facilities, including general practice waiting rooms, emergency departments and hospital wards. Many patients made multiple presentations to health services before the disease was identified, and some patients presenting with fever and a rash were not effectively isolated. These issues had been identified after a smaller outbreak in Sydney in 2011, but had not been addressed in time for the next outbreak.

Some of these gaps can be explained by the fact that many young clinicians have little or no experience with measles. In the most recent outbreak among a community of Orthodox Jews in Michigan, a physician initially missed the signs of measles in the index patient, only to make the correct diagnosis when the patient presented again the next day. The doctor was congratulated by health authorities after making the diagnosis despite never having seen the disease. Many other healthcare workers miss the chance to stop an outbreak in its tracks.

This case is a stark reminder of the importance of keeping university curricula up to date. Accurate and timely diagnosis is critical in limiting viral outbreaks, and it is essential that future healthcare workers first think about measles in the classroom, rather than on the job.

A new normal: where to now?

Global elimination of measles remains an aspirational target. With the virus set to make a slow comeback in countries once hoped to be free of the disease, Australian health authorities can expect to see more outbreaks sparked by returning travellers, spreading predominantly in communities with low immunity.

Increased visibility of measles elimination, funding for greater research on existing knowledge gaps and efforts to improve access for those with logistical or language barriers will all be critical strategies in countering this threat. Ongoing vigilance will give Australians the best chance of limiting future outbreaks and safeguarding national wellbeing.