From Bollywood to cricket heroes, stars can do much more than simply encourage people to vote. 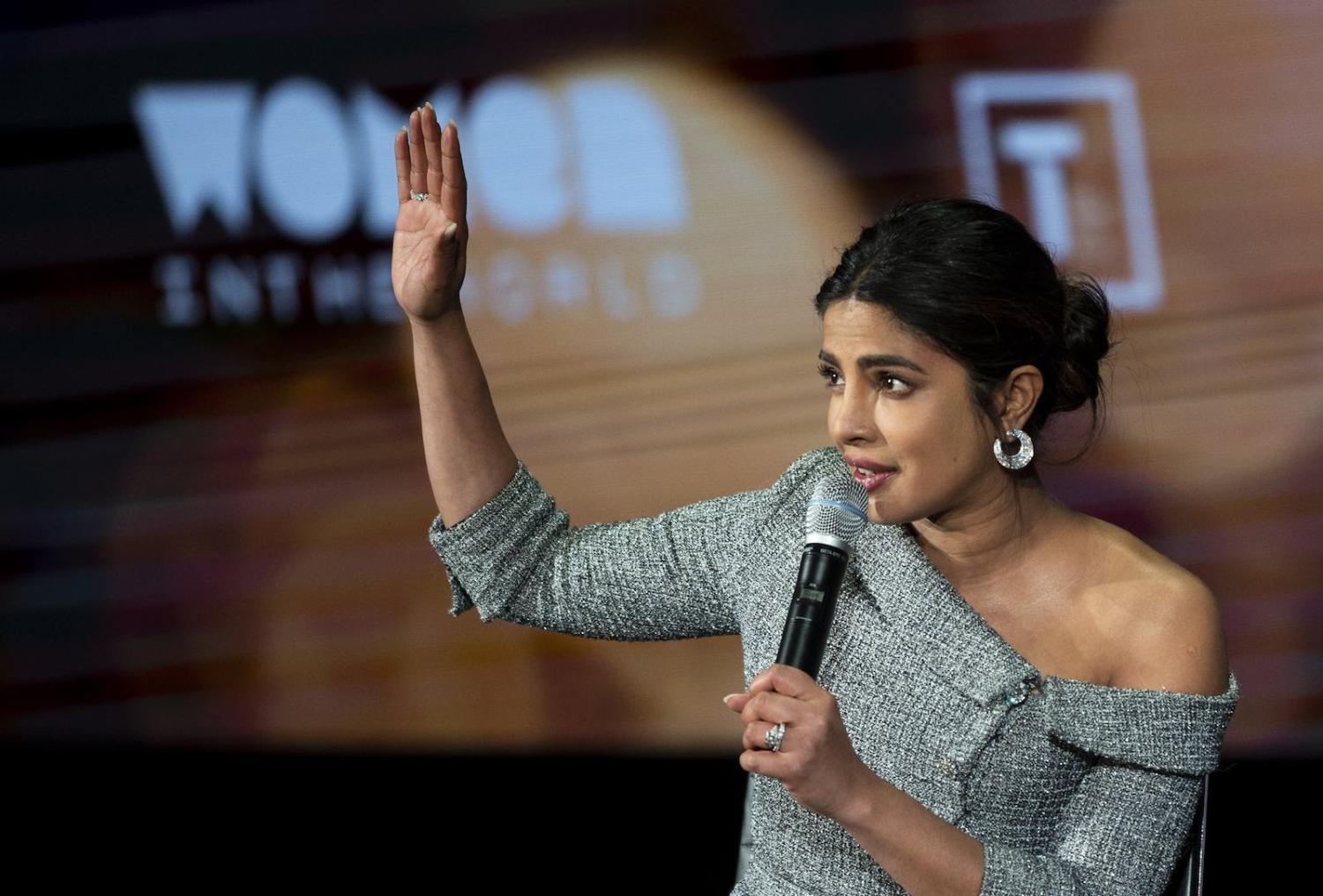 Celebrities and politics are so closely intertwined in India that entire books have been written about “Bollywood Star Power in Indian Politics”. Whether we are talking about Bollywood superstars, Olympic medallists, or cricketing heroes, there are numerous examples of celebrities using their fame to advance a political agenda. From promoting democracy to advocating for a particular political party, or even running for election, celebrities are a mainstay in Indian elections.

The use of influence on social media to mobilise voters is just one example of the way celebrities play an increasingly important role in Indian politics.

In Australia, Priyanka Chopra Jonas is probably more famous for marrying American popstar Nick Jonas than her Bollywood career. Back in India however, the former Miss World is one of Bollywood’s highest paid actresses. On social media she’s followed by 40 million people on Facebook, 35 million on Instagram, and 25 million on Twitter.

Earlier this week Chopra Jonas proudly shared with the world a picture of the election ink on her index finger. Shah Rukh Khan, Deepika Padukone, Salman Khan and Anushka Sharma all shared similar photos encouraging their collective half a billion social media following to vote.

This is the moment that matters...Every vote is a voice that counts. #LokSabhaElections2019

Celebrities encouraging Indians to exercise their democratic right to vote is an important dimension of the 2019 general election. India is a country where 900 million people are eligible to vote, 130 million of them for the first time.

But the use of influence on social media to mobilise voters is just one example of the way celebrities play an increasingly important role in Indian politics. Many celebrities are more directly involved in politics. A substantial number of actors and athletes have stood for election and have served in parliament.

Cricketer Sachin Tendulkar is widely regarded as the greatest batsman in modern history. Less known, is that Tendulkar was until 2018, a Member of Parliament in the Rajya Sabha. While the Lok Sabha (lower house) members are directly elected by constituents, Rajya Sabha (upper house) members are indirectly elected by the elected members of state and territory legislative assemblies. Seats are allocated based on a quota system, with a further allocation of seats for eminent Indians made on an honorary basis, such as Tendulkar. Tendulkar is not the only cricketer to play in politics, former Indian cricket captain, Mohammad Azharuddin among others was also elected as a member of parliament.

In 2019, cricketers Gautam Gambhir and Kirti Azad are both running for office, Azad has already served one term. Olympic Bronze medallist, Vijender Singh, is a Congress Party candidate in the upcoming elections. The current Minister of State for Ministry of Youth Affairs and Sports is an Olympic Silver Medallist. Colonel Rajyavardhan Singh Rathore represented India in the 2004 Olympics in double trap shooting. What makes Rathore’s second tilt at parliament even more interesting, is that he is contesting his seat against another former Olympian, Krishna Poonia. Poonia is a track-and-field athlete who won a gold medal at the 2010 Commonwealth Games and participated in three Olympic Games.

Celebrity representation in Indian politics is not a new phenomenon. In the 1960s, Prithviraj Kapoor of the Kapoor Bollywood dynasty, was the first movie star to enter parliament as a nominated member to the Rajya Sabha. One of the most recognisable Bollywood Stars, Amitabh Bachchan,  contested Lok Sabha elections in 1984 against the former Chief Minister of Uttar Pradesh and won by one of the highest victory margins in general election history (with a vote of 68.2%). Bachchan resigned after three years, becoming disillusioned with politics.

There are mixed reviews on the merits of the role of celebrity in Indian politics. On one hand, Tendulkar was criticised throughout his term in the Rajya Sabha for his lack of participation whether it be attendance, speeches, or questions. It has been argued that Tendulkar’s seat was wasted on him. On the other hand, Colonel Rathore has been applauded for his performance leading the sports ministry. A critical difference between the two, is that Tendulkar was appointed to the Raja Sabha, whereas Rathore had to win his seat in the Lok Sabha.

Previous Article
My mother’s life: faraway dreams, new growth and seeking acceptance
Next Article
Measles outbreaks are rising across the world: what can Australia do?

The hate matrix of online gaming

Chatrooms enable players to discuss games, yet are increasingly a hotbed for glorifying violence and radicalisation.
Erin Watson-Lynn 14 Jun 2019 06:00

Population, technical capacity and economies of scale stand in the way to renewable energy in the region.