#Metoo catches up with Bollywood and India beyond

The bollywood actor who triggered the #metoo movement in India was initially censured for her complaints.

An awkward scene unfolded earlier this month in Lonavala, a hill town in the west of India. A group of men claiming to represent a regional political party, Maharashtra Navnirman Sena (MNS), entered a house where a reality television game show called “Bigg Boss” is filmed. They handed over a letter, threatening to attack the set if the actress Tanushree Dutta was to appear.

The crew and men gathered, capturing the moment when the threatening letter was delivered. It was a strange episode, one of the many sparks caused by what has become a global conflagration around #Metoo.

The two worlds of the movie industry and politics in India have one thing in common: men dominate in both of them.

A bold stance by Tanushree Dutta may be credited with igniting this fire in India. In September, she recalled improper behaviour by another actor, Nana Patekar, on a film set 10 years ago. The revelations were not new: Dutta had first aired her complaints about Patekar back in 2008. This experience, however, had seemingly diminished her position rather than his: Patekar retained much of his popularity, while Dutta’s career was derailed.

This time, however, when Dutta reminisced about the event in sorrow, her comments went viral online and led to the emergence of dozens of other stories.

It was a starting point for the #Metoo campaign in India.

Dutta showed courage, risking a political backlash by raising the sometimes-toxic challenges for women in show business in India. When Dutta had raised her allegations again Patekar a decade earlier, goons reportedly sent by the MNS attacked her car. Now, after she recalled the harassment again, the MNS youth wing apparently sent people that wanted to come across as polite thugs, by bringing a threatening letter. 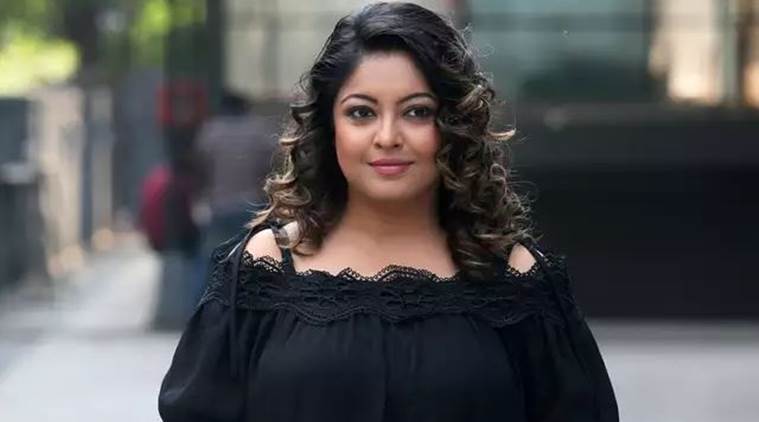 MNS can be called a “party with a difference”, the difference being its open use of violence. This small party is active in the state of Maharashtra and seeks to woo the electorate of the particular ethnic group, the Marathas. MNS was created in 2006 from a split in the larger Shiv Sena party, inheriting both its sometimes violent methods and Maratha chauvinism. This weaker offshoot is desperate for attention and as a result often more aggressive. Patekar himself had a fallout with MNS in 2017 and declared the party “lost his vote” (which would indicate it had it before). The MNS, however, still supports Patekar in his confrontation with Dutta.

Mumbai, the capital of Maharashtra and the financial heart of India, is where the film industry and politics come together. Shiv Sena had capitalised on Marathas’ feeling of economic deprivation, choosing a narrow, ethnic ideology, blended with a Hindu radicalism as a political weapon in a cosmopolitan metropolis of Mumbai. Although men from Shiv Sena sometimes physically assaulted non-Marathas and the Muslims, it eventually gained a dominant position both in the city and across Maharashtra.

As Mumbai is home to the Bollywood industry, many actors, including Muslim ones, either praised the Shiv Sena leadership or at least chose not to attract its fury. Film stars and producers had to rely on the state government to make sure their work would get all of the necessary clearances. Politicians, meanwhile, were eager to capitalise on actors’ fame to boost their own popularity. Marriages of convenience between the industry and political parties had to be arranged.

The two worlds of the movie industry and politics in India – and elsewhere – have one thing in common: men dominate in both of them, and this dominance is used by some to cross red lines. Now, #Metoo has come to openly criticise these transgressions.

#Metoo highlights a problem that is global but is also pervasive in India. The campaign started in Hollywood by revealing the character of Harvey Weinstein, the like of which finds no comparison in the world of Indian cinema (at least as far as we know). The movement took a long time to get started in India, but since it has, it has grown with force. The shaming campaign has hit both up and down, right and left, and shot right into the world of politics.

And it is not only about Patekar and the MNS. So far, the most influential person to be put in the spotlight is M.J. Akbar, a junior foreign affairs minister from the ruling Bharatiya Janata Party (BJP). Akbar quit his position this month having been accused of harassment by 17 women. Akbar has also said he will sue for defamation over the allegations. While the BJP had initially remained silent on the #Metoo issue, it has since formed a ministerial committee to investigate various harassment charges.

#MJAkbar resigns from his post of Minister of State External Affairs MEA. pic.twitter.com/dxf4EtFl5P

The nascent #Metoo wave in India has already had consequences. A group of comedians split and a film company also dissolved when members stood accused. While the allegations may not always cause a political crisis, hopefully the outcome will be a change of behaviour for the better.

Show Comments
Previous Article
With Trump in Mind, China Realigns
Next Article
The Economist: a change of heart