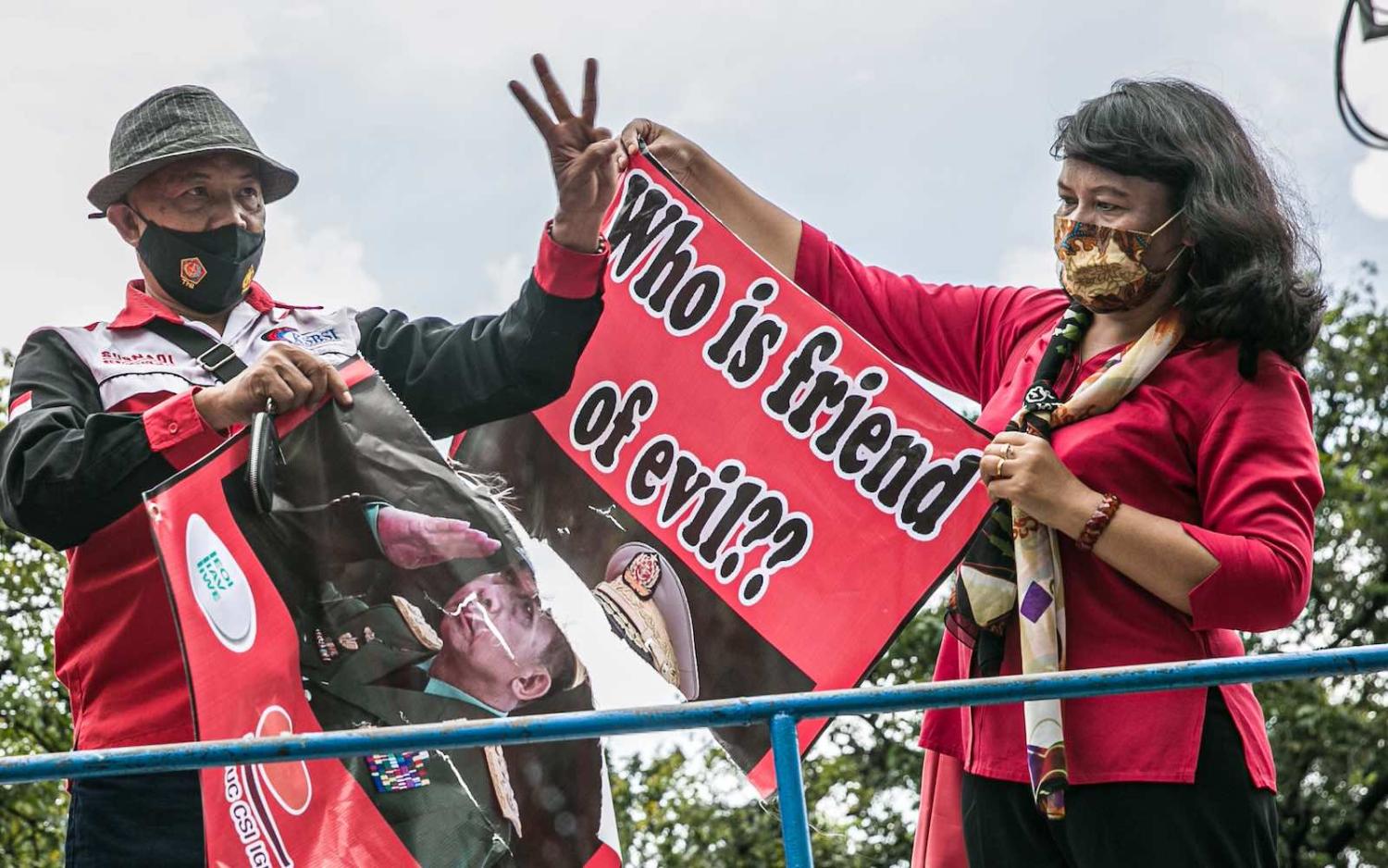 When Norway’s central bank put Japan’s third-biggest food company on a watch list for disinvestment last week, it demonstrated that at least one thing seems to be changing in the business of coups.

Much of the conventional diplomacy surrounding the Myanmar standoff is eerily familiar, from the veto limits in the UN Security Council to Australia’s straddling the fence between old Western allies and newer Asian friends.

But while human rights campaigners may not be satisfied, companies do appear to be more attuned to the risks and responsibilities involved in being an investor in a country where the military has suddenly taken over.

That was demonstrated when Japan’s Kirin Holdings, a food and drinks company, became the first multinational to promise it would end its partnership with a Myanmar military-owned company within four days of the coup.

Unlike the old days of seeing no evil when their revenue growth came from home, companies are now more conscious of their global image.

The fact that Norges Bank Investment Management stepped up the pressure a month later only shows that a token announcement of concern may not be enough anymore. The old risk of having assets damaged in civil conflict has now switched to the new risk that customers and investors outside the strife-torn country will impose their own sanctions on a business.

A statement by the European aid-funded Myanmar Centre for Responsible Business on 19 February expressing “deep concern” about the coup was not surprisingly dominated by European foreign investors – but did include Australia’s Woodside, which has suspended operations in Myanmar.

However, much more notable was the decision of more than 100 Myanmar businesses, including some banks, to sign a parallel statement saying they were “aligned” with the concerns of the foreign investors.

It is interesting that it took the Australia-Myanmar Chamber of Commerce another two weeks to declare on 3 March its “serious concern” over the use of violence against democracy protesters. But that was still four days before the Morrison government suspended cooperation with the military.

The Chamber, which is the newest of such Australian business groups in the region, had already declared by then that:

It is now difficult for many responsible investors to make large investments in Myanmar. We call for an end to violence and a return to stability under democratic government as soon as possible.

Some big Japanese brand names such as Kirin and Toyota have been quick to act on the coup, which would seem to reflect that, unlike the old days of seeing no evil when their revenue growth came from home, they are now more conscious of their global image.

Japanese companies have often been the largest foreign investors when other countries such as Thailand have suffered political turmoil and have quietly ridden out the trouble to their long-term advantage. However, this time Singapore is the biggest foreign investor in Myanmar, which arguably makes its often government-linked companies the key players in any practical foreign investor backlash against the generals.

They have been generally taking a low profile on the coup. But it is notable that the Singapore Stock Exchange has questioned a property developer ETC over its links to the Myanmar military after the company was criticised by activists.

In an era of closely watched sustainable supply chains, foreign investors dealing with a coup can find themselves walking a difficult path between activist demands to close their business and a need to be seen to taking care of local employees.

There are estimated to be 600 factories employing 450,000 people producing export-oriented products – mostly textiles ­– in Myanmar. So, while the longstanding Burma Campaign UK group maintains a “dirty list” of foreign investors linked to the military which it supports boycotting, it is more equivocal about whether foreign companies should close down altogether.

And when Swedish clothing brand H&M stopped new orders from 45 suppliers this week, it said it was consulting with human rights experts about “how we as a company can best contribute to positive developments in accordance with the will of the people in Myanmar”.

There are still likely to be plenty of foreign investors in the country hoping nothing has changed and arguing that if they leave, Chinese companies will simply take their place. But when the diplomacy surrounding the coup seems stuck in a familiar old paradigm, the greater, if still grudging, transparency from some companies or business groups is a development worth watching.

While US President Joe Biden’s decision to call a leader’s meeting of the Quadrilateral Security Dialogue on Friday has elevated the group in regional diplomacy, China does not seem to have been caught flat-footed.

It used the annual meeting of the National People’s Congress on Monday to announce that it had led the way in ratifying the Regional Comprehensive Economic Partnership (RCEP) trade deal, and it hoped other members would quickly follow.

Earlier last week, China and the Association of Southeast Asian Nations (ASEAN) members reaffirmed plans to strengthen their Strategic Partnership as they celebrate the 30th anniversary of diplomatic relations this year.

The 15-member RCEP won’t be in force until it is ratified by six of its ten ASEAN members and three of its five dialogue partner members (including Australia). The Australian parliament’s treaties committee is yet to start work on this process despite the government’s spruiking of the deal, although Japan has started its legislative process.

India’s withdrawal has given China the opportunity to bolster its integration with other neighbouring countries via RCEP in ways which the Quad members are only starting to come to grips with in their discussion about integrating their own supply chains. And China’s Commerce Minister Wang Wentao made this abundantly clear by declaring:

He also talked up the idea of China joining the competing Comprehensive and Progressive Agreement for Trans-Pacific Partnership and pushing ahead with a trade deal with Japan and South Korea.

China’s role as the glue for a more unified regional economy is underlined in the Asian Development Bank’s latest Asian Economic Integration Report, which finds that regional integration seems to have survived the pandemic. It shows that Asia’s interregional trade share of 57.5% compares quite well with the result of the much longer-running European integration project (at 63%) and is much stronger than North America despite the Trump administration’s revamped US/Canada/Mexico trade deal (at 40.9%).

However, without China, Asia’s interregional trade is below that of North America.

The ADB report says conventional modelling suggests China, Japan and South Korea will gain the most from RCEP due to their comparative advantage in higher-end, richer value-added segments of industrial production. It says:

Other economies also gain significantly from larger regional trade, stronger regional value-chain linkages, and the opening of more opportunities for foreign investment … members could take the regional trading bloc as a springboard to deepen economic reforms and improve industrial competitiveness.

Previous Article
When will PNG establish a National Human Rights Commission?
Next Article
A smarter use of voting technology to stop election-related violence

Progress has been lamentably slow, but a decade on, benefits can be seen in Cambodians learning this terrible history.
The Interpreter 11 Sep 2020 11:00

How the media’s fixation with Trump was exported

The blizzard of coverage of the president obscures other important stories – in the US, and in Australia, too.