Middle East protests: Careful what you wish for

For all the good intentions and international support, a local patronage system is the true lodestone on the region. 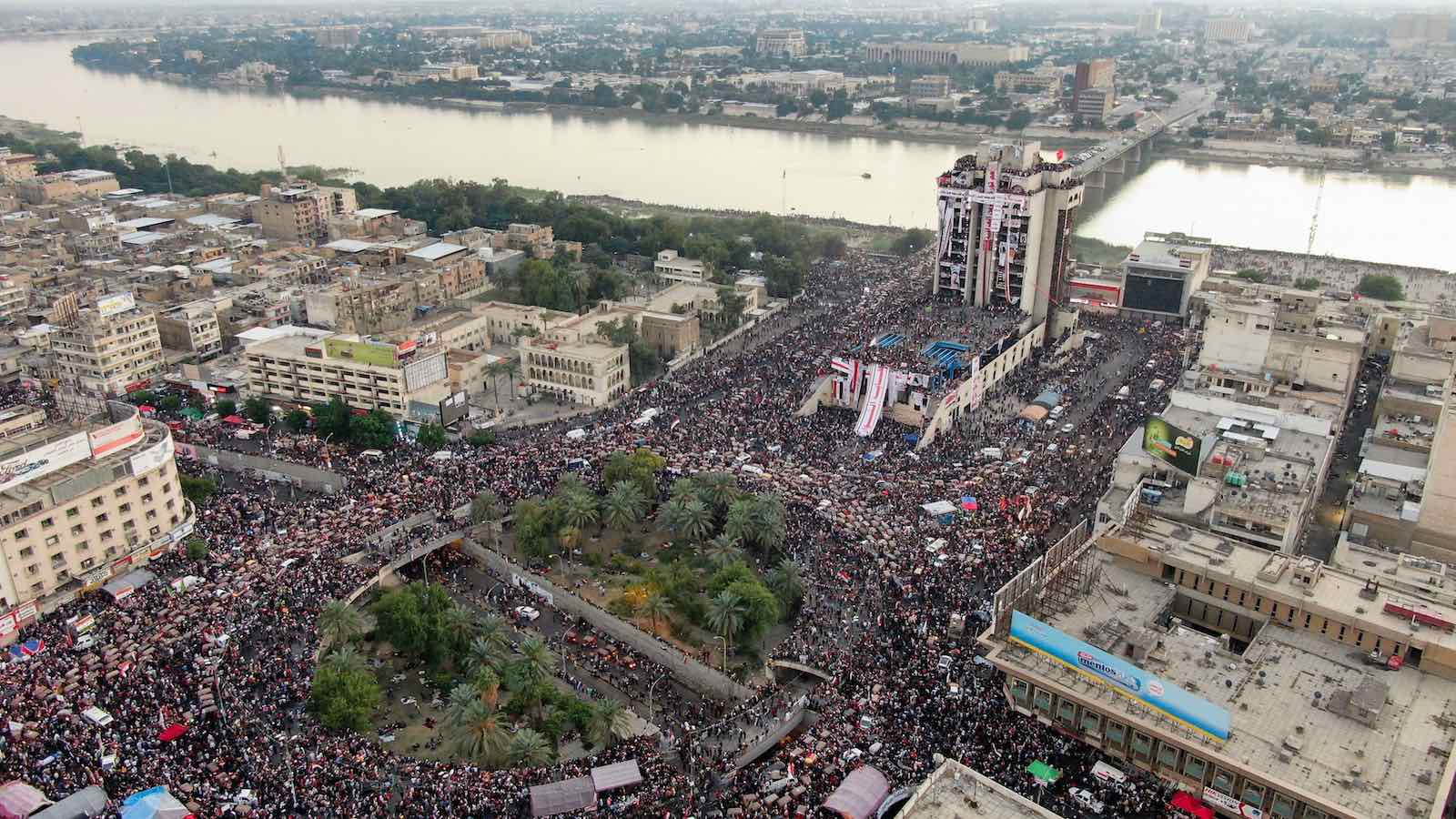 Popular protests in Lebanon, Iraq and Iran once again mark the level of dissatisfaction that much of the Middle East has with their governments. Calls for freedom and human rights, jobs, and an end to corruption are themes familiar to those both inside and outside these countries. In the case of Iran and Iraq, hundreds of people have paid for their protests with their lives.

And those protests have gained support from liberal democracies. The US special representative for Iran said he was pleased to see the protesters on the streets in Iran. France rather diplomatically supported both the aspirations of the Iraqi protestors and the Iraqi government in the same statement, and likewise Britain spoke of legitimate frustrations in Lebanon.

Bringing down the system will also result in the abolition of its distributive function – in other words, no more bloated bureaucracies, or generous public-sector pension entitlements, or subsidies that drain the state coffers.

Yet for all the talk by foreign governments about the legitimacy of the protestors’ complaints about corruption and the need for more jobs, blame for the governance woes across the Middle East is largely with the patronage system followed, rather than the government, per se.

The system, or al nizam in Arabic (Iran shares related problems), is about the relationship between the governed and those governing. It is an architecture of patronage by which the government acts not as the legislature and executive – setting and executing government policy to benefit the nation as a whole – but as a distributor of largesse.

If Western governments and the protestors themselves want fundamental change in the relationship between the people and their governments, then they are asking to completely rewrite that system. But none of the parties involved in the protests appear to understand what a fundamental reshaping of the relationship involves, as they have become used to viewing the economic role of government in a much different way than the liberal democracies whose freedoms they wish to emulate.

Bringing down the system will also result in the abolition of its distributive function – in other words, no more bloated bureaucracies, or generous public-sector pension entitlements, or subsidies that drain the state coffers and reduce incentives to develop a vibrant and competitive private sector.

Lebanon, for example, only has around 18% of its paid working population in the public sector. Yet the wages and the generous pensions paid account for more than half of government expenditure. Given Lebanon’s unique sectarian power-sharing construct that filters down to the public sector, there is no incentive to seek efficiencies.

While in Iran the distinction between public and private sector is sometimes blurred given the role played by bonyads (charitable trusts) and companies with links to the Iranian Revolutionary Guards Corps in the Iranian economy, public-sector employment is also used as a way of building political support rather than efficiently carrying out public administration. President Hassan Rouhani has tried with limited success to reign in public-sector growth, which had increased by half a million employees by the end of his predecessor’s term in office.

Liberal democrats might look in from the outside and reflexively agree with individual citizens expressing their desire for individual freedoms and an end to corrupt practices in government – and those on the ground in Iran, Iraq, and Lebanon bear the cost (in some cases with their lives) of calling for the same. Yet while it may seem grudging of respect to call into question the task the protestors have set themselves, it is not clear that the protestors in Beirut, Baghdad, and Tehran are fully aware of what a largely meritocratic, relatively efficient political system entails – an end to patronage politics and the accompanying bloated and inefficient public sector.

The resignation of two prime ministers (in Lebanon and Iraq) is precious little to show for the lives lost over the past month, but al nizam has proved so robust as a system because of the very patronage that it relies upon. For all the talk by the West of “legitimate aspirations” and of the willingness of protestors to sacrifice their lives in pursuit of meaningful change, the reality is that those aspirations will never be met as long as the current system remains.

And therein lies the ugly reality of the protests – to achieve meaningful change, the system needs to fall, but neither the protestors themselves nor the liberal democratic world can countenance that happening.

So the system will endure and the protests will dissipate, until frustration builds anew over a government attempt to reduce subsidies or impose a freeze on public sector hiring or wages, and people are again motivated to take to the streets. Plus ça change.

Show Comments
Previous Article
Learning from Clive James on the language of strategy
Next Article
India and Australia, newfound friends?