Russia’s Ukraine build-up is the latest example of how some information can no longer be kept secret. 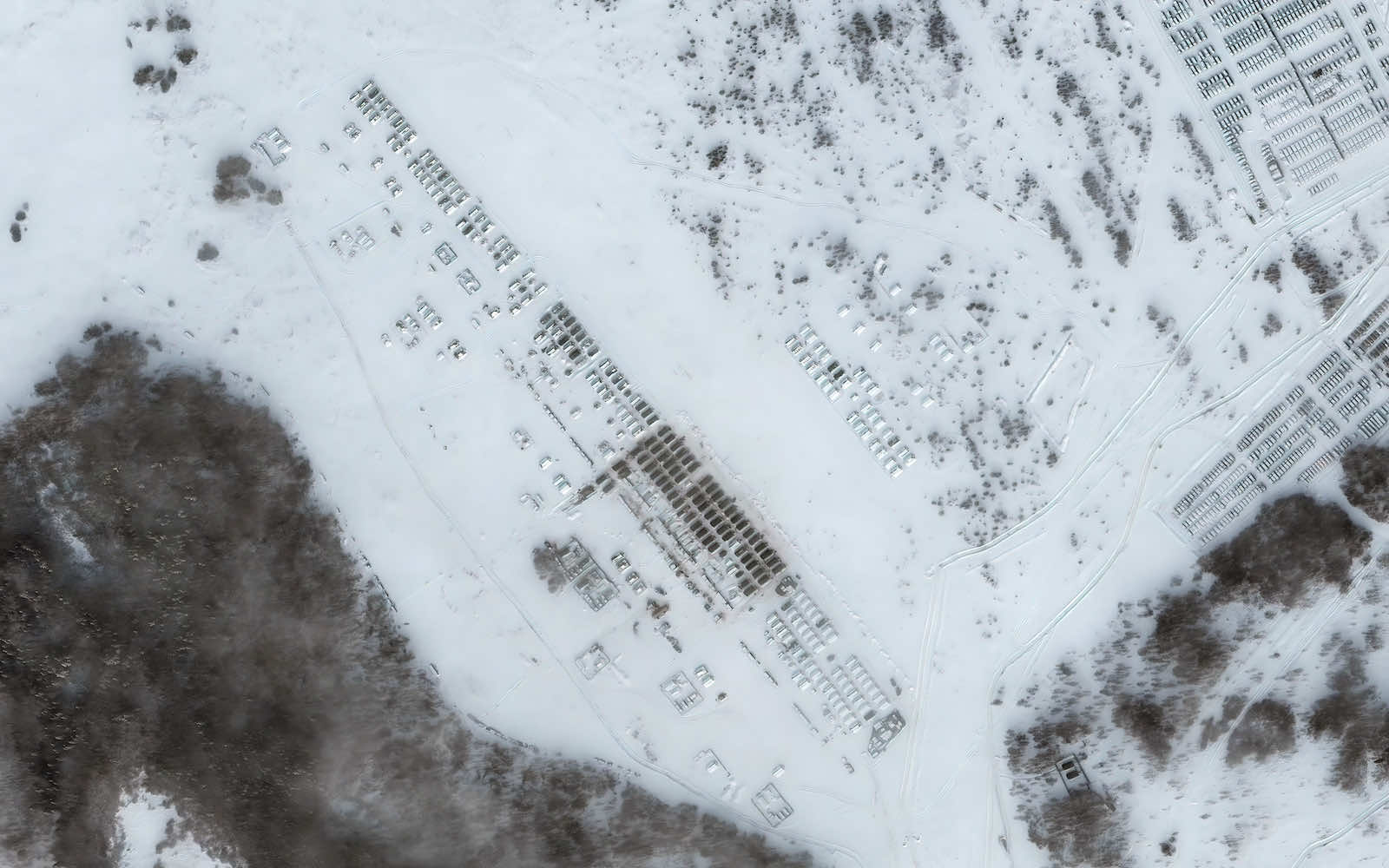 In the past eight years, little short of a revolution has occurred in the world of “OSINT” – that is, Open Source Intelligence, information gathered from publicly accessible data – and especially Imagery Intelligence (IMINT), which analyses images gathered by assets from satellites to spies. Indeed, writing as a former Defence Imagery Analyst, the resources now available to individual citizens approaches those once reserved for the superpowers.

The changes in publicly available (in contrast to government-used) OSINT and IMINT are highlighted by comparing Russia’s aggression against Ukraine in 2014 with the Kremlin’s current build‑up against Kyiv.

Eight years ago, limited satellite pictures were briefed to the media, and while sourced from commercial firms, so as not to reveal classified capabilities, they were still mainly provided by official sources such the US State Department, Intelligence Community, and NATO. Further, relatively little hand-held imagery was available and useful, although Russian soldiers did reveal themselves in Ukraine with geotagged selfies. Finally, the public OSINT community was underdeveloped, with instead various journalists often bringing shadowy matters to light.

Today, 6.6 billion smartphones are in use, meaning about 84 per cent of the world’s population are potential intelligence collectors.

The contrast to today is stark. A plethora of satellite imagery providers generate detailed views of Moscow’s deployment of more than 100,000 troops to Ukraine’s borders. In turn, despite Russia banning soldiers from using smartphones on duty, now TikTok, Youtube and more provide data allowing for the identification of individual units as everyday people share events that capture their interest – and military deployments clearly fit the bill.

Finally, the OSINT community itself has evolved, sharing techniques and resources, with some organisations having sprung up in response to Russia’s actions in 2014. These researchers, together with private military analysts, have developed assessments of Moscow’s forces that compare well with those from classified intelligence.

These changes have been driven by cultural, technological and commercial trends. So, as noted above, some OSINT cooperatives arose, ironically, due to Russia’s actions, including Putin’s implausible denials on the presence of his forces.

In turn on the IMINT front, once only the superpowers could afford assets such as the 11 tonne KH‑9 satellites. Such enormity was necessary for the bulky equipment to allow a official resolution of better than 60cm – i.e. being able to detect objects less than 60 centermetres across – enabling the recognition of missiles, tanks and groups of soldiers.

Yet the quality of smaller sensors improved, and access to space became cheaper – as too did the satellites as they miniaturised, which also allowed more to be deployed per launch. So, in 2014 the three tonne Worldview satellite was launched with a 30cm resolution, as were 28 five kilogram “Doves” providing three metre resolution. These were followed by hundreds more satellites, allowing any point on the globe to now be imaged at least twice per day, and including assets that can provide a “radar picture” at night or through cloud.

While decoys and camouflage have a long history in thwarting IMINT the extent of surveillance, orbital and personal, will make effective deception more difficult.

The decreasing cost of satellites, and the improved data quality they provided, led to dozens of firms competing for market share, driving down prices such that today anyone with a few hundred dollars can order imagery of a quality once was reserved for national security. And with some 2000 further imaging satellites coming, yet more and better data will be available at ever cheaper prices.

Similarly, in 2014 around 1.5 billion people had a smartphone. Today, 6.6 billion such devices are in use, meaning about 84 per cent of the world’s population are potential intelligence collectors, with the four billion active mobile social media users able to immediately distribute information.

What do these developments mean for military operations – especially major ones involving much materiel? Overall, the veil of high-level secrecy is likely gone for good. Any point on the world can be imaged, for a pittance, multiple times per day, rain, hail or shine. And while satellites still need know where to look, how likely is concealment in a world with billions of phones, the internet, and OSINT communities scouring all types of media for hints of new activity?

Of course, nations might ban the photography of any military activity, but this would seem difficult to enforce due to the sheer scale of the problem. And while decoys and camouflage have a long history in thwarting IMINT the extent of surveillance (orbital and personal) will make effective deception more difficult, especially for equipment movements of any size.

Alternatively, countries might seek to temporarily blind satellites that pass over them. But this risks contention with asset operators and requires advanced technologies to know which satellites are where, and to precisely control energy beams. Also, nations could request that imagery providers blur sections of their countries. But this incites the Streisand effect, and would companies in competing states always agree, noting OSINT allows officials to publicly discuss security issues without revealing classified intelligence?

Perhaps the most that can be said with certainty is that concealment, and implausible deniability, will become more difficult. And in a world of otherwise increasing disinformation, this might just help stop some conflicts before they start.

Show Comments
Previous Article
Kazakhstan’s longtime “leader” is out, but the regime he built remains
Next Article
The curious case of Blenheim Reef