Enough talk. Ensuring equal participation in politics is a challenge the new Marape government must rise to meet. 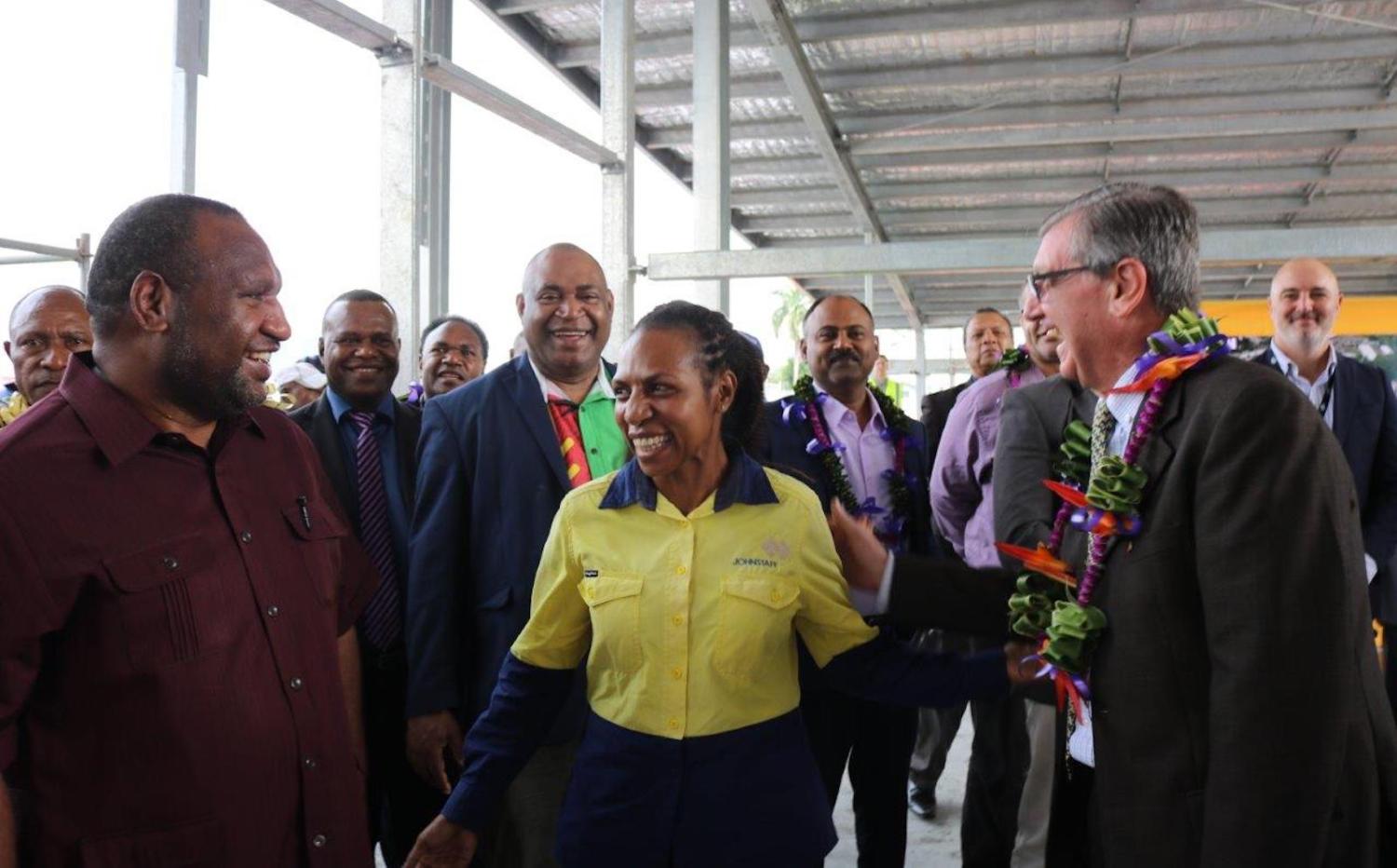 The last few months in Papua New Guinea’s politics have been described as political “chaos”, “turmoil”, “upheaval”, “crisis”. The Australian newspaper even went so far to describe PNG as a “potentially disintegrating neighbour.” For Papua New Guineans, it was a mere harkening back to a telling characteristic of the national political scene

PNG politics has always been robust and has always been a “haus man” or “boys club”. For many, especially women, the takeaway lesson from the recent political game-playing, is that there is a dire need for women in PNG politics and it needs to start now.

In her 2013 thesis entitled, “Women and Politics in Presence: Case of Papua New Guinea,” Mary Fairio, a gender researcher at the PNG National Research Institute (NRI), explores why PNG is one of the countries with the lowest number of female representatives in parliament. PNG currently has no women in parliament despite a constitution that enshrines human rights and identifies a national goal of “equality and participation”.

There have been numerous studies and papers undertaken to answer these questions both internationally and domestically in PNG. It seems it is not enough that the fact that a democratic state identifies itself as such should require adequate representation of one half of its population. Women bear the additional burden of illustrating how they add value to the system.

The quantity of material available about women’s representation in PNG politics, written by both PNG and foreign women, is both surprising, overwhelming and encouraging. The question of what women can contribute to the nation by participating in politics is quite clear when reading works by the likes of Sepoe, Anne Dickson-Waiko, Michelle Rooney, Kerryn Baker, Betty Lovai, Theresa Meki, Mary Fairio, Sarah Garap, Diane Korare, Gisele Maisonneuve and Jo Chandler.

If the Marape government is serious about creating the “richest black Christian nation,” women must be equal participants.

Therefore, the pertinent question to be determined is “why is it difficult for women to be elected in PNG?” Fairio’s thesis points to both the structural system in PNG that limits the ability of women to enter politics as well as social, cultural and economic factors.

Structural changes can be addressed almost immediately and whilst social, cultural and economic changes take time, they benefit from, and can be instigated by, structural change. That is the challenge for PNG’s new Marape government.

There have been several major proposals, over the last decade, for structural change in PNG to allow for greater participation in politics by women.

In 2009, Dame Carol Kidu as then Minister for Community Development in the Somare government, and the only woman in parliament, attempted to utilise section 102 of the Constitution to nominate three women to parliament. However, section 102 required a two-thirds absolute majority vote and it did not receive that support.

In 2012, Kidu again attempted to effect structural change with a proposal for 22 reserved seats for women through the Equality and Participation bill. The proposal had the support of the then Prime Minister Peter O’Neill and received much media publicity. However, although it passed the first reading, generating much excitement, it failed to pass a subsequent parliamentary reading and was later abandoned.

The 2009 and 2012 proposals are what are known as temporary specials measures or TSM’s and this is what the NRI have been encouraging through the work of its “Gender in PNG” program, headed by Fiona Hukula and Elizabeth Kopel.

Patrick Kaiku, a lecturer in politics at the University of PNG, wrote that the failure of the 22 reserved seats was in large part due to the misunderstanding amongst members of parliament as well as the public as to why the proposal was needed. Kaiku argued that much of the rhetoric surrounding the bill was “men versus women” and that there needed to be more awareness and consultation with the public to create public ownership of the bill.

There are two current proposals on foot for women’s representation in parliament. Alphonse Gelu, the Registrar of Political Parties, has been lobbying the Government since 2017 to pass proposed changes to the Organic Law on the Integrity of Political Parties and Candidates (OLIPPAC). One of the proposals in the revised organic law is that 20% of the total number of candidates nominated by a political party must be women. Gelu has written extensively in the national papers as to why his office has proposed these changes to the OLIPPAC.

Additionally, in February last year, the government directed the PNG Constitutional and Law Reform Commission (CLRC) to review the Organic Law on National and Local- Level Government Elections. The direction came with 12 terms of reference, the fourth of which was “women and special interest representation in Parliament”. The CLRC, currently led by Dorothy Mimiko-Kesenga (Secretary) and Michelle Taumpson (Deputy Secretary), completed a consultation process and its report is now at its finalisation stage.

In March 2019, before losing his prime ministership, O’Neill announced that at the next national elections in 2022 there would be a measure in place for four women to be appointed as regional representatives based on their electoral positioning in their contested electorates (a concept already in effect in the Autonomous Region of Bougainville). The legislative framework that would enable this measure was not announced but is perhaps something we can expect from the CLRC report.

What is clear from all of this, however, is that much work has already been undertaken by government bodies, private institutions and independent researchers and commentators, many of whom are PNG women, and that viable proposals are readily available. What is missing is the political will.

If the Marape Government is serious about creating the “richest black Christian nation,” women must be equal participants because, as the United Nations describes it, “democracy needs women in order to be truly democratic, and women need democracy if they are to change the systems and laws that preclude them, and preclude societies as a whole from attaining equality.”

A boost to defence spending is a signal France is prepared to lead on major European and global security challenges.
Hui Ying Lee 22 Mar 2021 10:00

Critics of the Southeast Asian organisation’s response miss the opportunity that is offered by trusted engagement.
Alexandre Dayant 29 Jan 2020 11:30