Myanmar, terrorism and the demands of international politics

Name-calling is one thing, but the new kind of civil war may cause problems for the opposition movement. 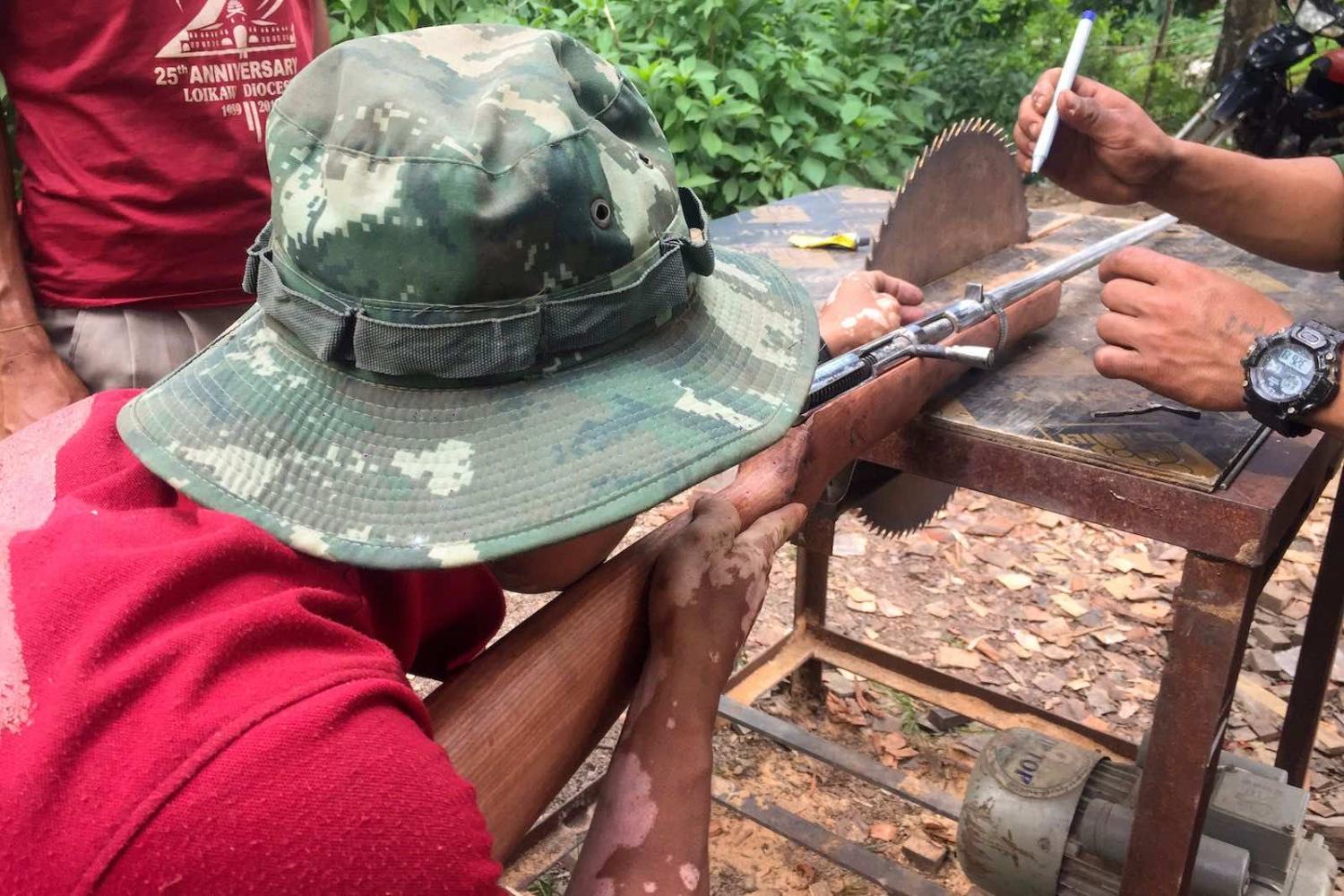 During the 1970s and 1980s, when international terrorism was capturing global headlines and exercising the minds of governments and security experts, there were heated arguments over how to describe this kind of political violence. It was more than just a theoretical exercise, as a rigorous definition of terrorism was required, not just for greater clarity in diplomatic exchanges and academic debates, but also to make policies and laws surrounding responses to this particular threat.

Countless definitions were offered, but few were very helpful. Some academic efforts were so long and detailed that they were impractical. Others, including a few that eventually found their way into formal legal instruments, were so broad and ambiguous that they could potentially be applied to almost any form of political protest. In the end, most professionals working in the field accepted that a universally applicable definition was impossible.

A key reason for this was that the term “terrorism”, strictly speaking a name coined to describe a specific set of violent actions, had become so hopelessly politicised that it could not be applied objectively. Also, in the public mind at least, it was always accompanied by a heavy overlay of moral and emotional considerations. These problems were encapsulated in the maxim that “one man’s terrorist is another man’s freedom fighter” or, put more simply, “terrorism is what the bad guys do”.

This debate has risen again in the context of the current conflict in Myanmar, which has evolved since the February coup from peaceful street protests against the police and armed forces (or Tatmadaw), into a new kind of civil war that threatens to engulf the entire country.

Even if only a small minority of activists conducts bombings and assassinations in Myanmar’s urban centres, such a campaign is likely to be seen as representative of the whole opposition movement.

Exploiting popular notions of the term, the junta has branded as terrorists the nation-wide opposition movement, its “National Unity Government” (NUG) and self-styled “defence forces”. The opposition movement has in turn labelled the Tatmadaw a terrorist organisation, and branded its brutal crackdown on pro-democracy protesters as “state terrorism”. This reciprocal name-calling seems aimed mainly at international audiences, from whom both sides hope to win support.

In this regard, however, the position of the opposition movement has been complicated by the emergence of a number of shadowy groups which are conducting campaigns of terrorist-style attacks against the junta and its supporters. They apparently hope to inspire continued resistance to the regime among the civilian population, while draining the resources and weakening the morale of the security forces.

Since the coup, there have reportedly been more than 300 bombs detonated by opposition elements across the country, in cities and towns, against military bases and police stations, and at the offices and homes of those deemed traitors to the democratic cause. Some have caused unintended casualties. For example, last month a parcel bomb sent to the wedding of a well-known “nationalist” appears to have killed his new wife and two guests.

There have also been assassinations conducted by members of the opposition movement. According to unconfirmed news reports, the targets have included soldiers, police, local officials, suspected informers and others known to support the new military regime. Some victims have been shot or stabbed, while others were killed in bomb blasts. At least one was reportedly kidnapped and later murdered.

These attacks have been associated with, but separate from, the insurgency campaigns being conducted in rural districts by long-established ethnic armed organisations (EAO), and local self-defence “militias” that have been created over the past few months.

It is perhaps not surprising that opposition members have eschewed Aung San Suu Kyi’s non-violent approach.

The anger of Myanmar’s pro-democracy movement in the face of the military regime’s brutal repression is understandable. According to dissident sources, more than 845 people have been killed since 1 February and at least 4,500 have been arrested. Many appear to have been tortured. The Tatmadaw leadership has shown no sign of reconsidering its decision to overthrow Aung San Suu Kyi’s popularly elected government.

There is also considerable frustration with the international community’s apparent lack of response to these events. Repeated calls for UN intervention, for example under the “Responsibility to Protect” convention, have gone unanswered. Despite pleas, there have been no moves by foreign countries to recognise the NUG. Many governments have expressed concern about internal developments in Myanmar and a few have imposed sanctions, but these measures have been seen by the opposition movement as too little, too late.

In these circumstances, it is perhaps not surprising that opposition members have eschewed Aung San Suu Kyi’s non-violent approach and taken more extreme steps. Many protesters have armed themselves with home-made weapons. Chinese businesses in Myanmar have been attacked, to protest Beijing’s support for the generals. Also, 1,000 or more pro-democracy activists have taken to the jungle, to receive weapons training from EAOs. Some seem to envisage a rural guerrilla campaign, but others have clearly had something else in mind.

Even if only a small minority of activists conducts bombings and assassinations in Myanmar’s urban centres, such a campaign is likely to be seen as representative of the whole opposition movement. This raises some difficult political and moral questions.

Politics will always play a major role in the classification of different forms of violent protest, but a clandestine urban campaign of assassinations and bombings to achieve political ends falls within most accepted definitions of terrorism. As such, it is a propaganda gift to the junta, particularly when innocent people are killed or injured. Such attacks also permit the generals to raise broader questions about the motives of Aung San Suu Kyi and the National League for Democracy and, by implication, the whole democratic project in Myanmar.

The use of these tactics also restricts the scope for foreign governments and international organisations to assist the opposition movement. The Western democracies and the UN, for example, could never publicly endorse a terrorist campaign, no matter how noble the cause and how great the provocation. They must uphold, and be seen to be upholding, the comprehensive legal structure that has been developed over the past 50 years to help manage the global terrorism problem.

Myanmar’s opposition movement is desperate, and doubtless feels that it has few options in its fight against a powerful and ruthless security apparatus that is gradually forcing its will on the civil population, at great cost. Yet, by choosing a clandestine campaign of terrorist-style attacks, some of its members may be contributing to the movement’s longer term political problems.

Previous Article
Bouncing off for a bit …
Next Article
Beijing could easily encourage people to have more children, but won’t

Cambodia: the regime’s base survival instinct on display

A decision to reject a US offer to refurbish Ream Naval Base might hint at China’s influence but also domestic concerns.
Gabriel Wilder 7 Jun 2019 06:00

Systemic corruption has allowed the country’s ruling class to act above the law and women are paying the price.
Danielle Cave 7 Apr 2017 16:24