Joko Widodo’s political promises to address the crimes of the past have proven hollow ­– and any change seems unlikely. 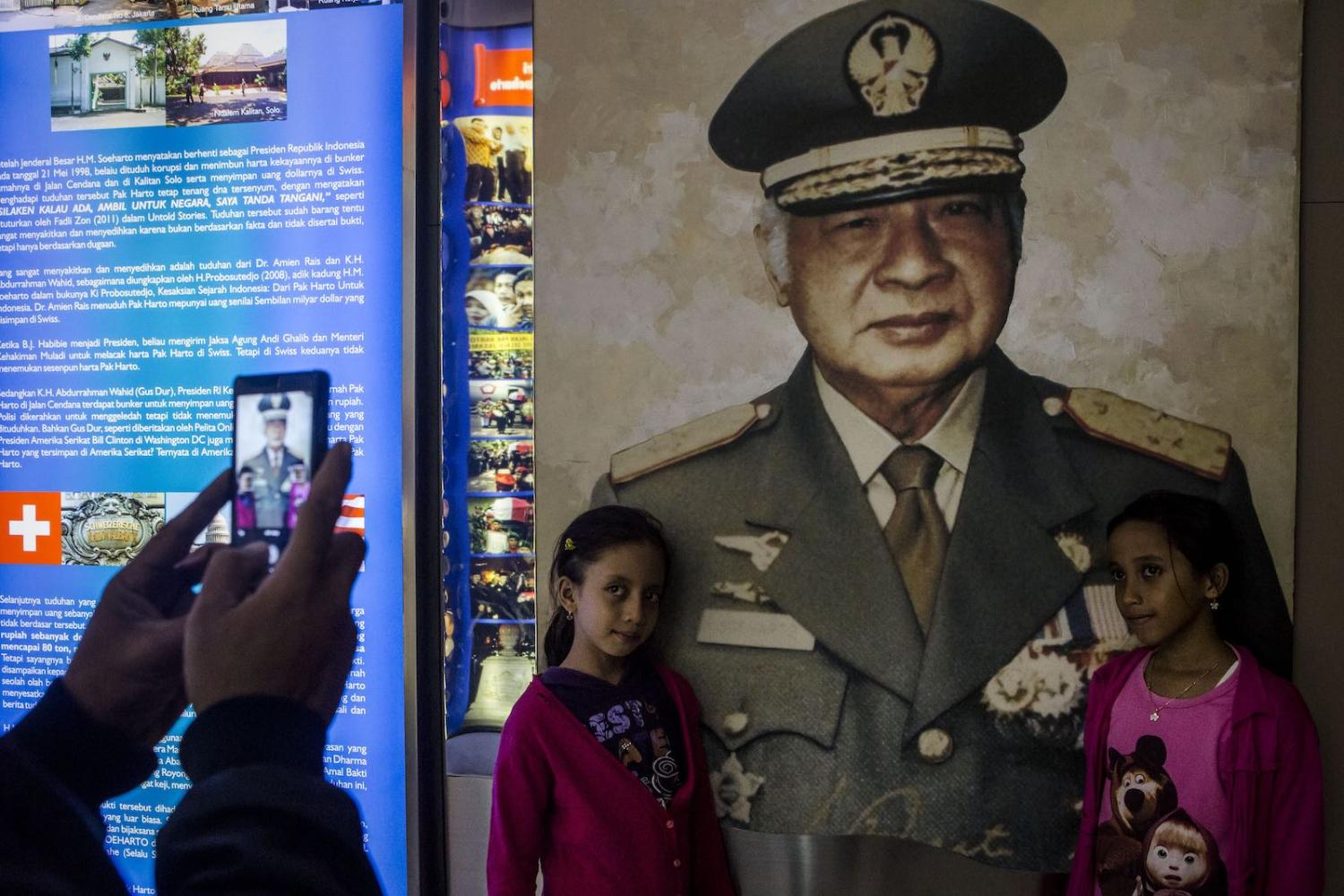 In January, during Indonesia’s first presidential debate in the lead up to the Indonesian election next week on 17 April, Indonesian president, Joko “Jokowi” Widodo proclaimed that he and his running mate, Ma’ruf Amin “do not have a track record of human rights violations.” Jokowi’s declaration was targeted at fellow presidential candidate, former Indonesian military general, Prabowo Subianto, who is implicated in human rights abuses perpetrated in Timor Leste during Indonesia’s occupation of the country alongside the abductions of Indonesian pro-democracy activists in 1997–98.

However, Jokowi’s government has done little to address the culture of impunity regarding historical human rights violations in Indonesia, particularly the 1965–66 killings of at least 500,000 Indonesian communists, alleged communists and leftists by Indonesia’s army (the TNI), religious organisations and vigilante groups.

Jokowi’s government has, like successive Indonesian governments, minimised and sought to justify the mass killings and has promoted anti-communist sentiment in the country.

In 1965, officers from Indonesia’s presidential guard kidnapped and killed seven Indonesian military officers, in an operation known as the 30th September Movement. The anti-communist TNI, led by Suharto, suppressed the movement and incorrectly claimed that the Indonesian Communist Party (the PKI) masterminded the kidnapping and killing of the generals.

Subsequently, between 1965–66 at the orders of the TNI, members of vigilante groups and religious organisations armed by the TNI killed at least 500,000 PKI members, individuals from organisations associated with the PKI and alleged communists. The TNI also directly participated in these killings. During this period, the army also imprisoned, mostly without trial, up to one million PKI members and sympathisers and perpetrated sexual violence, including rape, primarily against female prisoners.

During Suharto’s New Order authoritarian government (1966–98), the regime portrayed the PKI as barbaric and responsible for the 30th September Movement, thus justifying the mass killings, imprisonments and sexual violence. This narrative is highly questionable as although the officers who participated in the movement were in contact with the PKI leader, Aidit, the movement was not connected to the PKI as a mass organisation, PKI-affiliated groups or leftists.

During the 2014 presidential election campaign, Jokowi pledged to address the 1965–66 mass killings. Despite this, one year later, Jokowi publicly stated that he had “no thoughts about apologising” to survivors and victims of the 1965­–66 violence, continuing the trend set by previous Indonesian presidents who have refused to apologise for the TNI’s involvement.

Similarly, in 2017, Jokowi stated “if the PKI revives, just beat them up”. Jokowi’s anti-PKI statement is bemusing given the PKI, which was banned in 1966, has long ceased to exist. Advocating communism in Indonesia has also been banned since 1966 and, since 1999, carries a prison sentence of up to 20 years.

Jokowi’s hardline approach regarding the PKI and 1965–66 violence alongside his repeated promotion of anti-communist sentiment are in part an attempt to bolster his anti-communist credentials in the face of ongoing false accusations, mounted since the 2014 election by his opponents, that Jokowi is communist. In the lead up to the upcoming election, Jokowi’s opponents continue to weaponise the term “communist” in an attempt to discredit him.

In 2015, Indonesia’s Defence Minister, Ryamizard Ryacudu asked in relation to the 1965–66 violence “who killed first? … On what grounds should we [Indonesia’s government] apologise to those who killed and rebelled against us?” Ryamizard’s statement reasserted the Suharto government’s inaccurate narrative that the PKI masterminded the 30th September Movement and sought to justify the mass killings as a form of retribution.

Jokowi’s government has done little to address the culture of impunity regarding historical human rights violations in Indonesia.

A year later, Luhut Panjaitan, Indonesia’s then Coordinating Minister for Political, Legal and Security Affairs claimed that the 1965–66 violence “was the right thing to do for the nation [Indonesia]” and attempted to minimise the violence by asserting that no more than 80,000 were killed in 1965–66. Similarly, in 2016, Wiranto, Indonesia’s subsequent Minister for Political, Legal and Security Affairs argued that following the 30th September Movement, Indonesia “was in an emergency” and labelled the mass killings “salvage actions related to the danger against national security.” Wiranto’s claim is questionable as the PKI did not pose a security threat to Indonesia.

Given that Luhut, Wiranto and Ryamizard have all served in the upper echelons of the TNI, which was largely responsible for the mass killings, their attempts to justify this violence as benefiting and saving Indonesia are unsurprising. These attempts are also important as they seek to nullify calls by survivors and families of victims of the 1965-66 violence to prosecute alleged perpetrators of the violence. No individuals have ever been prosecuted for their involvement in the mass violence.

During the 2019 election campaign, Jokowi again committed to resolving past human rights abuses. Regardless of who wins the upcoming election, it is likely that the culture of impunity regarding the mass killings will persist in Indonesia.

Merkel pays the price for a bold stance on refugees

Merkel has vowed to deport many new arrivals and a bill to open deportation camps has just been passed.
Erin Cook 23 Aug 2019 15:30