Despite promises of sweeping reform, there are few signs Myanmar’s approach to security matters has much changed. 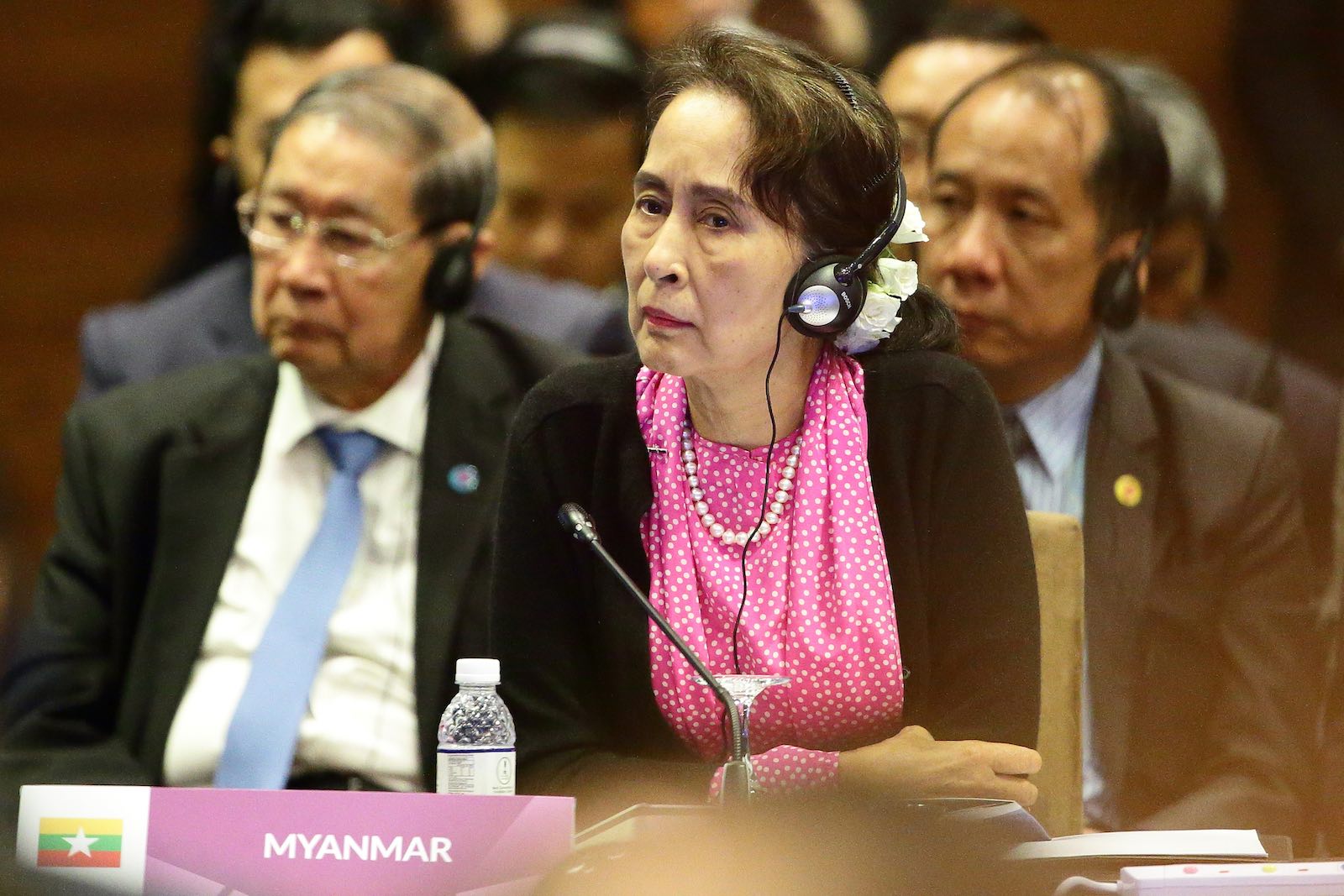 When Aung San Suu Kyi and the National League for Democracy (NLD) took office in 2016, a wave of euphoria swept over Myanmar, shared by many people in other parts of the world.

At the time, there was a rather naive belief that everything would suddenly be transformed. It was widely assumed, for example, that the key components of the old regime would be dismantled, and the repressive military government that had ruled the country for the past half century would soon become a bad memory.

That has not happened, and was never going to happen.

It might have helped the pundits to keep in mind veteran Myanmar-watcher Robert Taylor’s observation that military intelligence had always served as a means of social control in Myanmar, to ask if and how the NLD planned to depart from this pattern, and whether the armed forces (known as the Tatmadaw) would allow this to occur. As expected, Aung San Suu Kyi has faced many of the same challenges as the military regime but, to the surprise of many, she has relied on similar mechanisms and methods to tackle them.

Eight years after the armed forces stepped back from direct rule, and despite promises of sweeping reforms, there are few indications that Myanmar’s approach to security matters has significantly changed.

Indeed, eight years after the armed forces stepped back from direct rule, and despite promises of sweeping reforms, there are few indications that Myanmar’s approach to security matters has significantly changed. The vast intelligence apparatus that underpinned military rule is still in place. It is no longer dominated by the military agencies, but either directly or indirectly it is still controlled by the Tatmadaw. There have been changes in the way that the apparatus operates, but these have been more shifts in manner and style, than in substance.

For example, there is now a greater reliance on the use of quasi-legal, rather than extra-legal, means to enforce tight controls over Myanmar’s citizens and society. Indeed, a few observers have suggested that in some respects individual freedoms are more restricted under the NLD than they were under former administrations. Also, the extraordinary increase in the use of mobile telephones and the internet in Myanmar has encouraged the intelligence agencies to rely more on electronic monitoring and manipulation of the population, rather than its network of spies and informers.

The intelligence apparatus still displays many of the characteristics that made it a powerful and feared arm of the military regime, before Myanmar’s adoption of a quasi-civilian government in 2011. In some parts of the country, notably Rakhine, Kachin and Shan States, the key agencies have demonstrated a continuing commitment to the Tatmadaw’s narrow and uncompromising vision of a unitary, compliant and independent Myanmar, dominated by ethnic Burman Buddhists.

Aung San Suu Kyi’s relationship with the armed forces and the national intelligence apparatus is a complicated one. As State Counsellor, she is the de facto leader of Myanmar and, in her own words, acts “above the president”. However, she has little actual control over the country’s extensive security apparatus, almost all elements of which answer, directly or indirectly, to Senior General Min Aung Hlaing, the Tatmadaw’s powerful Commander-in-Chief (C-in-C).

Aung San Suu Kyi is also the Minister for Foreign Affairs, and as such is responsible for Myanmar’s diplomatic service and overseas missions. This gives her a say in the collection and analysis of open source intelligence, but the country’s defence attaches are controlled by the Tatmadaw, and the activities of intelligence officers posted abroad (some under diplomatic cover) are usually guided by OCMSA or Special Branch. She thus cannot be held directly responsible for the behaviour of most elements of Myanmar’s intelligence apparatus.

Indeed, Aung San Suu Kyi seems to have adopted a strategy of bypassing the apparatus as much as possible and avoiding any circumstances in which she can be held to account for its behaviour. Even in terms of briefings, it appears that she has tried to put some distance between herself and the intelligence agencies. It is not known what intelligence product she routinely receives as the State Counsellor, but she has made it clear that she wants to tap into independent sources of data and assessments.

The appointment of a career diplomat as her national security advisor in 2017, for example, seems to be in part at least an attempt to reduce her reliance on the military-dominated national intelligence apparatus. His responsibility is “to advise the President and the Union Government on internal and external threats, by assessing situations from a strategic point of view”. It is not clear, however, how this role differs from those of other ministers, or government agencies.

There has been some progress in “civilianising” internal security in recent years, but the NLD does not seem to have given serious consideration to restructuring the intelligence system to make it more accountable and reflective of the transition to a more democratic form of government. Also, despite her earlier calls for universal human rights and the rule of law, Aung San Suu Kyi has shown little inclination to curb the excesses of the intelligence apparatus or to change the way that Myanmar’s laws are being misused to silence dissent.

That said, Aung San Suu Kyi’s ability to change Myanmar’s current security arrangements is very limited. When the 2008 constitution was being drafted, the armed forces were careful to ensure that control of the country’s entire coercive apparatus, including its main intelligence agencies, would remain under the C-in-C. Significant changes to the constitution, while a longstanding goal of the NLD, are very difficult to achieve. This is likely to remain the case, leaving intelligence matters firmly in the hands of the armed forces for the foreseeable future.