South Korean President Moon Jae-in recently shook up his cabinet. In particular, his controversial chief of staff, Im Jeong-seok, stepped down. The growing impression in South Korea is that Moon is more concerned with relations with North Korea than with domestic issues.

Certainly, it appears that way. Moon’s engagement with North Korea certainly absorbs most of the media attention. The news here covers it relentlessly. The talk shows are all about North Korea now. My students and colleagues discuss the Moon administration almost exclusively in these terms. Moon’s domestic initiatives receive significantly less attention. Moon has recently vowed to change this as the pressure rises.

Hawks on North Korea have long identified North Korea’s tendency to foot-drag. They tend to advocate limited offers of talks to North Korea to prevent the quagmire of endless negotiation North Korea prefers. Doves criticise this as unnecessarily risky and belligerent. But the hawk position does have the curious upside domestically of freeing up conservative South Korean president’s time for other things.

Liberal South Korean presidents, by contrast, quickly lose themselves in the long slog with North Korea. North Korea loves interminable process – it keeps Pyongyang relevant and unignored, raises the possibility of pay-offs and benefits, inhibits military action against it, and more. So Pyongyang has little incentive to accelerate discussion or wrap-up any deal.

The result then for liberal South Korean presidents, is that their presidencies are gradually taken over by North Korea engagement. As the president slides deeper and deeper into debate with the North, the need to show a political success from all that effort increases. This, in turn, demands more of the president’s time, and pretty soon, the liberal president’s term is effectively defined by dealing with North Korea.

Kim governed during the Asian Financial Crisis, and this is widely remembered in South Korea as a disaster. (It actually could have been much worse.) Kim’s attentions, however, were mostly absorbed by the Sunshine Policy for which he won a Nobel Prize. Roh too saw his presidency taken over by North Korea, particularly the Six Party Talks.

Unfortunately for both, those years of “sunshine” and the Six Party Talks amounted to little. By the end of Roh’s term, North Korea was on its way to a nuclear weapon and an intercontinental ballistic missile. Both presidencies lost themselves in trying for an elusive deal with Pyongyang, foregoing liberal and progressive domestic priorities.

Moon appears to going down the same route, hence his sagging poll numbers. One wonders if his advisors and his domestic liberal constituencies are comfortable with this. Long-standing liberal domestic goals – such as thickening the safety net and improved corporate governance standards for conglomerates (the chaebol) – were passed over in the past, and Moon appears to be doing this once again.

For the South Korean left, the present is a unique moment and will likely be seen as a lost opportunity for those priorities if Moon does not shift gears soon. Moon’s conservative predecessor was the grossly corrupt Park Geun Hye. She was impeached and removed over a scandal involving those large conglomerates liberals have wanted to discipline for decades.

Moon’s presidency was a great moment to take on the corruption of South Korean politics due to chaebol money and old boys networks. Liberals have been promising to do this since the financial disaster of 1997, which was due to irresponsible chaebol borrowing and an informal, too-big-to-fail government safety net for these corporations.

Yet Moon seems to be ducking this once again, despite enormous post-Park sympathy and political space for a serious clean-up. This is a huge missed opportunity. And beyond that big, long-standing goal of chaebol reform, the South Korea left has evinced interest in tackling a host of South Korea’s rising domestic problems which the right has just ignored. These include, among others:  air quality, “Hell Chosun”, crashing birth rates, extreme centralisation on Seoul, household debt, and multiculturalism.

“Hell Chosun” is a millennial youth term for South Korea’s punishing social and career expectations – beauty standards for women resulting in high rates of plastic surgery, cram schools which keep youngsters in classes until 11pm, pervasive old boys network which discriminate against the poor, women, minorities, and those from the wrong schools.

South Korean birth rates are some of the lowest in the world, with a fertility rate now below one live birth per female. The country is set to begin demographic contraction in the next five year. This will inevitably provoke a conversation about immigration and multiculturalism, but there is very little public debate over this and little government leadership beyond desperate, failed natalist programs.

And South Korean centralisation on Seoul is astonishing. Something like 60% of the country lives just in the province Seoul falls in, with the country increasingly feeling like a Singapore city-state.

This is just a partial list of issues I see every day living in South Korea, which foreign analysts have long identified. The South Korean right, deeply establishmentarian, simply does not care about these concerns. The left has long made good noises on them but has passed them over, again and again, when in power to pursue the (ever elusive) North Korea breakthrough.

Moon seems to be doing the same thing all over again, and these domestic issues fester on… 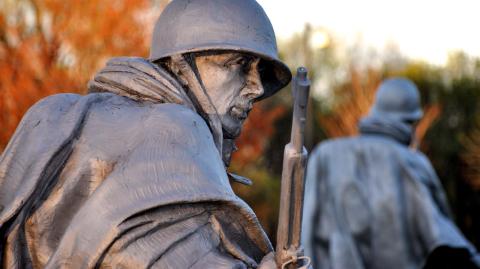