China: Xi, the Party, and the endless struggle

The latest national congress declares ambition for the people central to all reforms – with the Party’s guiding hand. 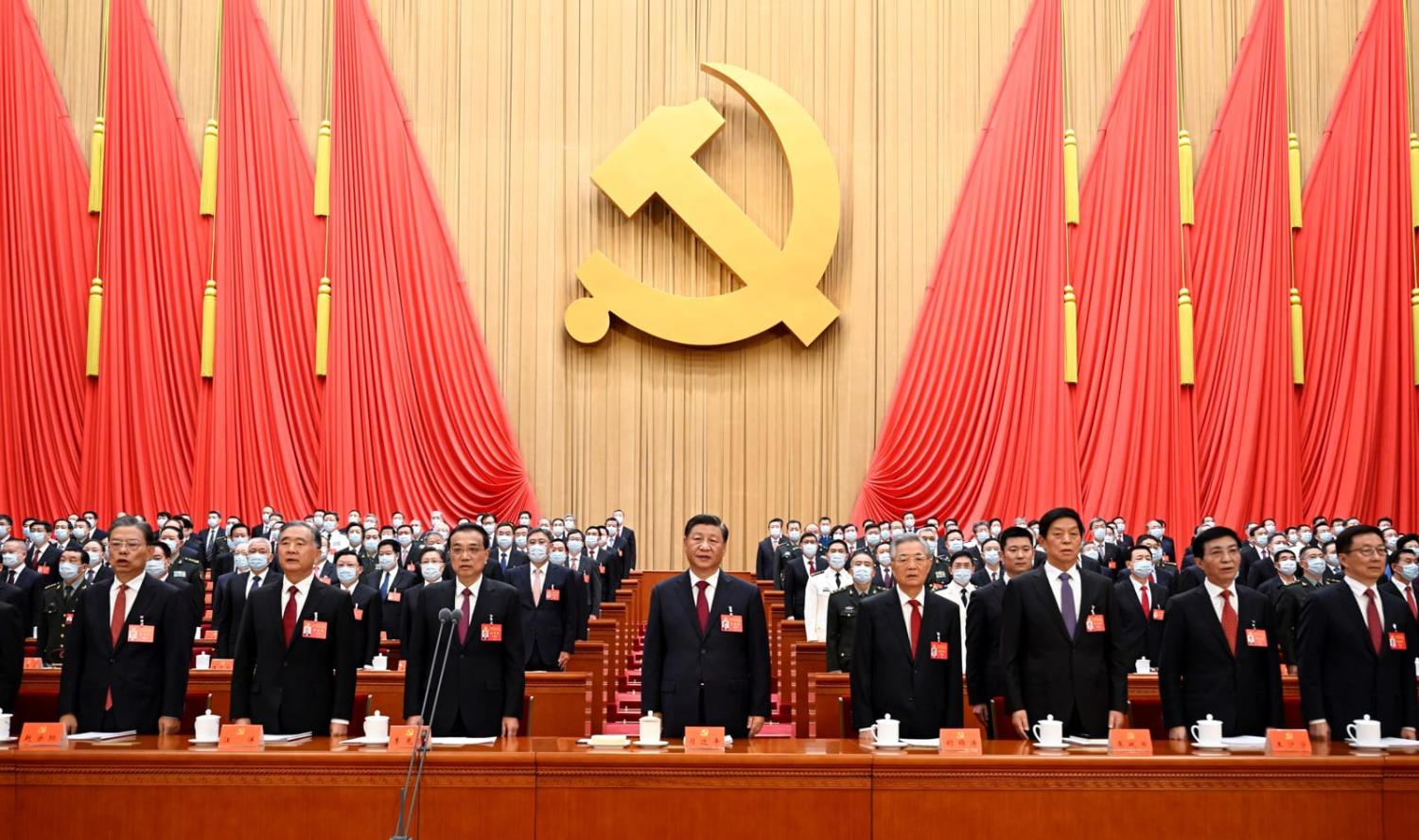 The Party may be presented as the beacon for the Chinese nation and its people, but Xi warned it members can be a source of the Party’s weakness (Li Xueren/Xinhua via Getty Images)
Published 20 Oct 2022     Follow @jennifer_hsu

With the Chinese Communist Party’s 20th National Congress in full swing, President Xi Jinping this week delivered his work report confirming, unsurprisingly, the centrality of the Party. The tone was one of celebration, extolling the Party’s achievements, notably, eradicating absolute poverty and achieving a moderately prosperous society. Having accomplished these “historic feats” of the Party’s centenary, Xi and the Party are now focused on the goals of the second centenary – building a modern socialist nation and to advancing the rejuvenation of China.

Despite the triumph, Xi spoke about the “dangerous storms” ahead that may challenge China’s development. The idea of “struggle” (fendou) – one that permeated much of Chinese society and politics during Mao’s rule – was brought back in reference to the task said to be in front of the Party. While China and the world maybe at the “crossroads”, Xi declared that it is the leadership of the Party that will allow the Chinese Dream to come to fruition. But the Party’s internal work of improving its self-governing measures is not over.

The Party may be presented as the beacon for the Chinese nation and its people, but Xi warned its members can be a source of the Party’s weakness. He spoke at great length about maintaining vigilance against corruption within the Party: “As long as the breeding grounds and conditions for corruption still exist, we must keep sounding the bugle and never rest, not even for a minute, in our fight against corruption.”

Xi spoke at great length about maintaining vigilance against corruption within the Party.

The rule of the Party and its continued control is in part dependent on it adopting a people-centred approach to all aspects of China’s development. Putting people at the heart of development and in the Party’s thinking is no longer about incorporating a variety of stakeholders in the policy consultation process. Social policy initiatives, once the realm of local level innovation with contributions that included civil society have now shifted to the political realm. Organisations that are affiliated with the Party-state are much more likely to be contracted to deliver social and welfare services. Whether tied to the Party or not, civil society stakeholders are no longer part of the policy design, they are now given the job of collecting information and channelling it upwards.

This political control is paired with a continuation of the reform rhetoric that has characterised China’s four decades of “opening up and reform”. Xi’s report to the Congress noted the significance of continuing to deepen reform across all aspects Chinese society and economy, but claimed this must be people-centred.

This development philosophy includes the need to further improve China’s “multi-tiered social security system”. The theme was present five years ago in Xi’s report to the 19th Congress and again echoed in his speech to the CCP’s Central Committee in February 2021, where the Political Bureau of the Central Committee is given the role to evaluate and reform China’s social security system for “improving public wellbeing, safeguarding social fairness, and enhancing people’s welfare”.

China’s growth model, one funded by debt, is unsustainable. Thus, the emphasis must now shift. This requires unleashing “the tremendous creativity of the Chinese people in their hundreds of millions” and tap into the energy of the Chinese youth. But make no mistake, the Party is central to all of this.

As Xi notes, this cannot happen without equipping the youth with “the Party’s theories, inspire them with the Party’s original aspiration and founding mission”.

As the Congress draws to a close, Xi has sought to clearly lay out the work and challenges for the Party. This is not a time to rest, was his message. Challenges to China’s rejuvenation will come from both within and external to the country. The Party’s second centenary will be one of struggle.

Previous Article
Competing and cooperating: the paradox in US strategy
Next Article
Economic diplomacy: The IMF faces a US$ reality check

The island countries stand to benefit from any improvement in relations between two big development partners.
Danielle Cave 24 Feb 2017 11:45

Links on the growing collection of international actors using and manipulating cyberspace to fulfil international ambitions and shape global developments.