Competing and cooperating: the paradox in US strategy

The new National Security Strategy at least acknowledges the shape of the problem even if not yet providing an answer. 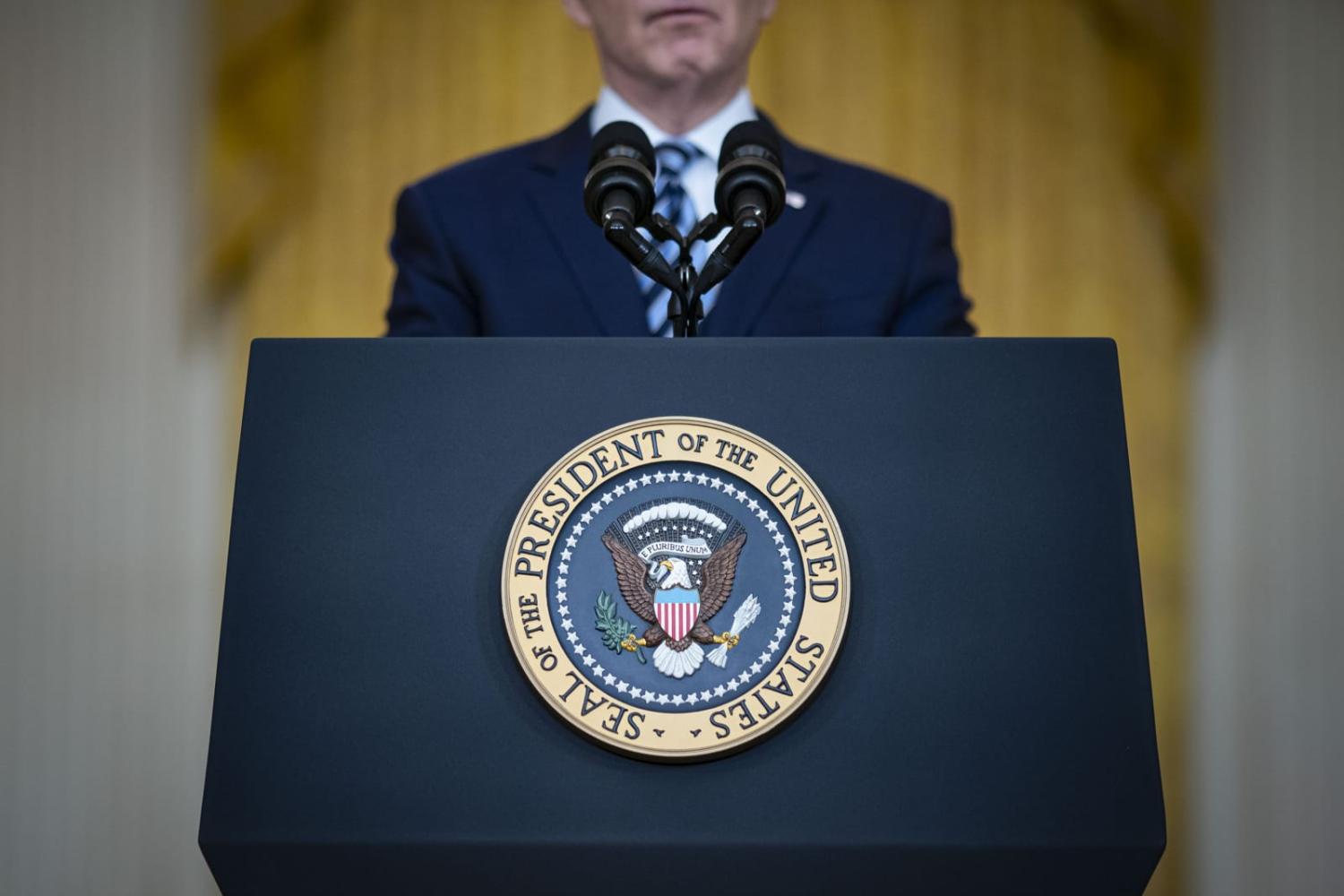 How can the United States compete with China, Russia and others while building international cooperation to combat transnational challenges? (Al Drago/Bloomberg via Getty Images)
Published 19 Oct 2022     Follow @Ben_G_Scott

The first is what is typically described as the return of “great power competition” and which the strategy characterises as the “competition … underway between the major powers” to shape the new era.

The second is the “shared challenges that cross borders” including “climate change, food insecurity, communicable diseases, terrorism, energy shortages or inflation”. Often called “transnational issues”, these are the problems that “by their very nature … require governments to cooperate if they are to solve them”.

How can Washington address both strategic challenges at the same time? How can it compete with China, Russia and others while building international cooperation to combat climate change? The strategy describes this problem as “cooperating to address shared challenges in an era of competition” but it can equally be characterised as competing in an interdependent world.

The White House is pretty up front in acknowledging the complexity of the challenge and admitting that it doesn’t yet have the answer. The document’s attempt to grapple with the paradox has produced its most convoluted sentence:

We cannot succeed in our competition with major powers who offer a different vision for the world if we do not have a plan to work with other nations to deal with shared challenges and we will not be able to do that unless we understand how a more competitive world affects cooperation and how the need for cooperation affects competition.

How do we get this understanding? The next sentence says, “We need a strategy that not only deals with both but recognises the relationship between them and adjusts accordingly.” That’s right. The conclusion of the 48-page National Security Strategy is “we need a strategy”.

In the absence of such a strategy, Washington has attempted several approaches to this paradox of “competitive cooperation”.

It seems more likely that decisions about when and how to cooperate and compete will keep being made on a case-by-case basis.

The first has been to seek compartmentalisation. This was encapsulated in Secretary of State Antony Blinken’s neat formulation that the US approach to China would be “competitive when it should be, collaborative when it can be, and adversarial when it must be”. The Biden administration has been adamant in rejecting any linkages between these activities. It doesn’t want to be seen, as Barack Obama was, to be downplaying geopolitical competition in order to induce Beijing’s cooperation. Rather, it insists in the new National Security Strategy that “no country should withhold progress on existential transnational issues … because of bilateral differences.”

Although this demand may be morally right, it hasn’t stopped China (and Russia) from doing the exact opposite. After House of Representative Speaker Nancy Pelosi visited Taiwan, Beijing cancelled all cooperative discussions with Washington. More philosophically, China’s Foreign Minister Wang Yi has said that Washington “wants climate change cooperation to be an oasis in the relationship … however, if the oasis is all surrounded by deserts, then sooner or later, the oasis will be desertified”. So compartmentalisation only works if both sides agree. If they don’t, it just turns the problem into a game of chicken.

Beijing’s effort to leverage issues such as climate change and, more immediately, Moscow’s willingness to risk nuclear catastrophe embody the opposite approach to competition in an interdependent world. Washington leverages less existential interdependencies where it can. Enabled by global dependence on the US dollar, financial sanctions have become America’s non-military weapon of choice. But the more weapons such as these are used, the blunter they will become. The more often countries’ dependencies are exploited, the more self-sufficiency they will seek.

The third approach to the paradox of competitive interdependence is to minimise dependencies, vulnerabilities and support for competitors. Washington’s most recent step towards “decoupling” from China is a series of export controls on artificial intelligence and semiconductor technologies which, according to one expert, represent “a new US policy of actively strangling large segments of the Chinese technology industry – strangling with an intent to kill”. Washington is making this move now in order to protect its competitive advantage in advanced semiconductors. But there is a clear risk that moves such as this hasten China’s technological independence and thus reduce US leverage.

The least fashionable approach to the problem of “cooperation in an era of competition” is to expand interdependency and cooperation in order to build leverage and constrain competition, including by establishing more channels of communication. Few countries seem interested in this approach at the moment, but any American attempt to “understand how a more competitive world affects cooperation and how the need for cooperation affects competition” will be incomplete without recognising this potential.

Can Washington really produce a new strategy to untangle the paradox of competition and cooperation? The approaches described above haven’t created any obvious master theory. It seems more likely that decisions about when and how to cooperate and compete will keep being made on a case-by-case basis. They will depend on context and timing. As geopolitical competition escalates, economic efficiencies can become supply chain vulnerabilities, and vice versa. But ideally these decisions won’t be based only on narrow cost-benefit analysis of individual transactions. The fact that the White House is seeking a more sophisticated understanding of the complex relationship between competition and cooperation may be reason to hope that it will get better at doing both at the same time.

Previous Article
The banality of Putin’s evil
Next Article
China: Xi, the Party, and the endless struggle

The assumption that China can be encouraged into a ‘more responsible role’ is ill-founded.
Shahar Hameiri 25 Oct 2021 16:00

Financing the takeover of a Pacific telco firm amounts to a marked shift in the government’s industrial philosophy.
Aarti Betigeri 20 May 2020 12:00