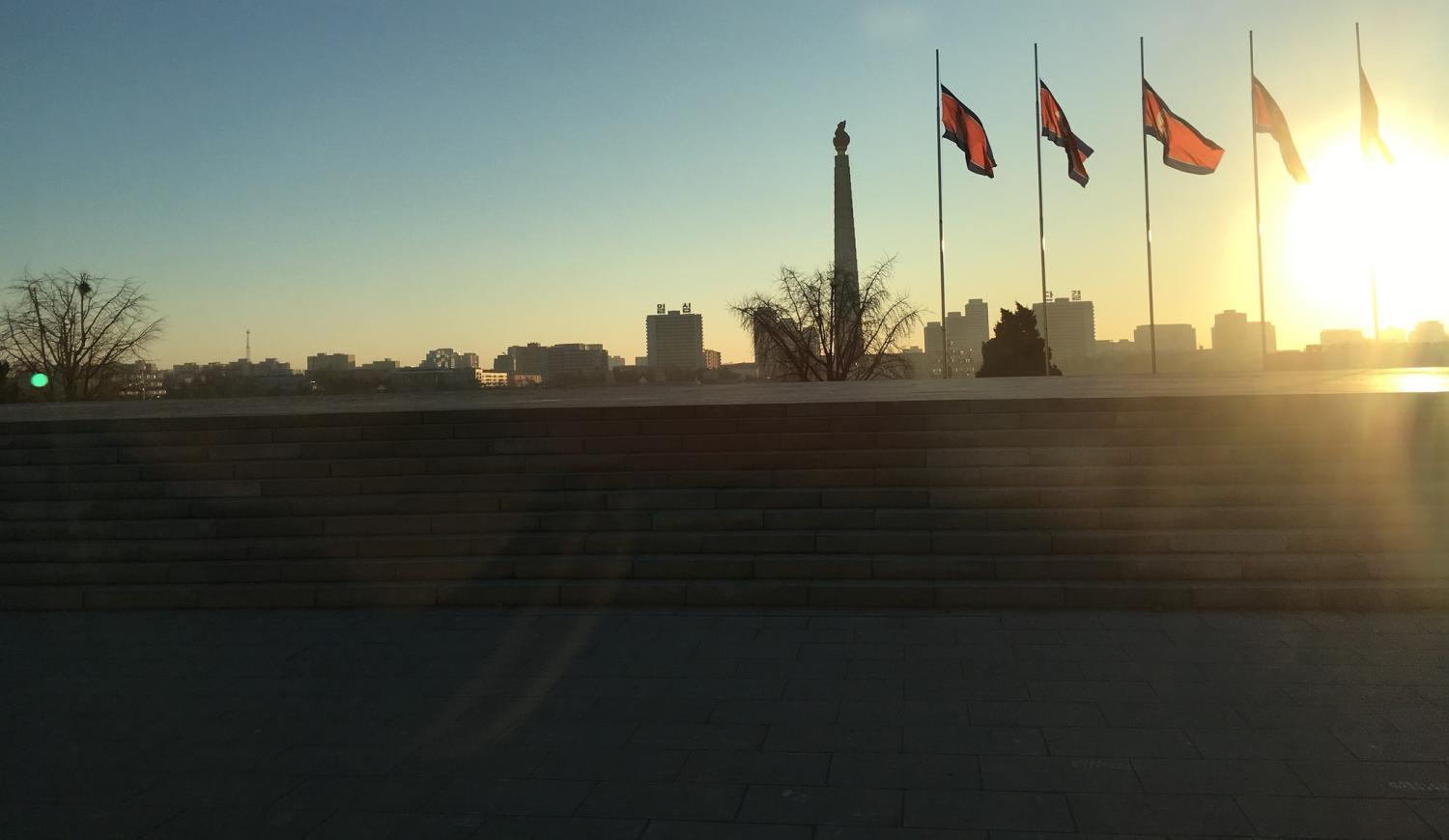 This week the Lowy Institute's International Security Program, supported by the Korea Foundation, is hosting the Australia-Republic of Korea (ROK) Emerging Leaders International Security Forum in Sydney and Canberra, bringing together scholars and future policymakers focused on the bilateral security relationship. This is the second in a series of posts from Forum participants.

As North Korea once again takes the spotlight with the possible test of an Intercontinental Ballistic Missile (ICBM), the eternal question re-emerges: what, if anything, can be done by the United Nations? The answer may lie in an analysis of how the North Korean economy has changed, and by examining the implications for the UN in their mission to find potential solutions to the 'North Korean question'.

North Korea has developed a surprisingly vibrant and diverse economy, with a mix of private, hybrid, and state actors able to operate in hostile environments and get around sanctions. In the wake of the 1990s famine and the accompanying collapse of the state economy, North Koreans have adopted a number of survival strategies. In the current political and economic context, North Koreans at all levels of society survive through entrepreneurialism.

North Korean trade networks are ruthlessly pragmatic and adaptable. At the lowest levels, average North Koreans buy and sell goods in black markets around the country, and engage in low-level trade, both legal and illegal, with China. At the highest levels, state companies sell anything that North Korea possesses and perceive as valuable to foreign buyers, and attempt to bring in supplies, technology and hard currency from outside the country. In between is a plethora of creative arrangements whereby state officials use state assets to make money on their own, private citizens buy official positions to operate 'legally', and businesspeople operate essentially private businesses with official imprimatur. Throughout all levels of the North Korean economy, officials and ultimately the central state take a cut for allowing what is technically illegal economic activity to take place.

North Korean state companies have also developed creative ways of bypassing sanctions, and have become adept at navigating hostile environments, which may actually make North Korean traders operate more effectively in certain circumstances. North Korean networks have become adept at blurring and shifting the boundaries between formal and informal trade, between state and non-state entities, and between licit and illicit activities, rendering sanctions that focus on specific companies and individuals, and sanctions that target state companies and formal trade (such as those targeting the financial sector) problematic. North Korean companies have diversified the sectors in which they operate, and are highly opportunistic in their business dealings. By importing dual-use technology, for example, North Korean companies have demonstrated an ability to operate overseas through brokers from other countries, to avoid customs enforcement, to strike deals where the opportunity presents itself, to make creative use of commercial and state-owned infrastructure, and to shift the countries in which they operate as the environment sours.

What does this understanding of economic change in North Korea mean for the UN’s role on the Korean Peninsula? First, analysis of the North Korean economy can provide insights into North Korea's strategic behaviour. Kim Jong-un may be willing to engage in routine provocations such as missile tests in part because the regime may believe that North Korean companies have become so effective at bypassing sanctions that new ones resulting from such provocations are unlikely to hurt. As the North Korean state takes a cut from the profits of entrepreneurial activity at each level, the regime has alternative sources of revenue to those targeted by sanctions (or that can realistically be sanctioned). This creativity and entrepreneurialism may also have freed the regime from whatever scant obligation it had to provide for the population; losing control of the economy may have politically emboldened the regime.

Secondly, although the UN will never realistically be seen as an impartial or independent mediator in North Korea, it does have a useful role to play. While North Korea may be strategically immune to sanctions, for example, it is not economically immune, as its trade networks are not infinitely malleable. From an examination of daily food prices in Pyongyang from 2010 to 2015 in ‘The Effects of Sanctions on North Korean Food Prices: Evidence from Pyongyang Markets’, my co-authors and I found that UN sanctions do have an effect on the welfare of North Korean elites: the prices of imported food increased in the wake of a round of sanctions, while the price of domestically produced food either showed no change or decreased in price. Though food has never been sanctioned directly, the sanctions do appear to inhibit trade sufficiently enough to affect prices, sending a signal to Pyongyang.

While the UN sanctions monitoring already provides information on sanctions violations, analysis of the effects of sanctions would better inform us of the next steps to take.  In addition, through the UN’s limited access to North Korea (through the World Food Programme and UNICEF, among others), the UN could also contribute to a greater on-the-ground understanding of how the North Korean economy has changed, and encourage North Korea to shift more of its economic activity into the formal sector. The UN could also contribute to rethinking the purpose of sanctions (whether they should signal disapproval of North Korean actions, impose economic costs, or physically prevent the import and exports of weapons and weapon components) and determining whether sanctions might have reached the point of diminishing returns, given North Korea's changing economy.

Even now, standing supreme, Xi has limits to his power

The very loyalists that have facilitated Xi’s rise could yet provide a constraint to his ambition.
6 Dec 2017 16:16

Weekend catch-up: Trump's first 100 days, modern Anzacs, where to for Nauru and more