Not appy in Melanesia

Everyone's talking about mobile phone apps. In Australia, apps are becoming a part of everyday life. You can check for real-time updates on your bus route, assess your alcohol intake, or manage your shopping list. There are so many specialised apps, it's impossible to catalogue them all. In the mental health space alone, there's an app for mental health workers to assess a patient, a suicide prevention app for young people and even a program called 'R U Appy' to teach case-managers about how to use such tools in their work.

In Pacific island nations and other developing countries, apps are very new and not widely used or accessible. There are several enabling conditions needed for an app to work: 3G service, a smartphone, regular access to power, and money to purchase data to download the app. Not all of these are  available to Pacific islanders, including our nearest neighbours in Melanesia.

Mobile phone companies in Melanesia are expanding their 2G, 3G and even 4G coverage. For example, in Vanuatu, so badly hit by Cyclone Pam, a company named WanTok offers 4G service in the capital Port Vila, while two other companies, Telecom Vanuatu and Digicel, offer 2G and 3G coverage elsewhere in the country.

In the Solomon Islands, bmobile Vodafone and Our Telekom offer a mix of 2G and 3G coverage. In Papua New Guinea, Digicel reports that it covers 94% of the population with its 2G network, plus the major provincial towns with 3G, as well as 4G LTE in Port Moresby and Lae. Bmobile Vodafone has in recent months upgraded 2G service to 3G in major towns and cities. Telikom PNG offers 3G CDMA network coverage in some locations. [fold]

Many in Melanesia and elsewhere in the Pacific won't be using mobile phone apps any time soon. Typically, they live in an area with only 2G coverage, which is not sufficient to be able to use apps, access the internet and email, or log in to social media. They usually own or have access to only a basic mobile phone handset. They do not have easy, regular access to electricity, so re-charging is a chore. The cost of re-charging is an additional burden when many already find it difficult to afford mobile phones. For these reasons and others (technological literacy, English proficiency, the cultural appropriateness and relevance of available apps), daily use of apps is likely to be a long way off for most Melanesians. One exception is the small number of Facebook users – Facebook is primarily accessed through an app or icon on a mobile phone rather than using a computer.

Nonetheless, a lot can be done with voice calls and SMS. An excellent recent example was in Vanuatu, where an SMS alert service warned people that Cyclone Pam was approaching.

An Australian Government-funded research study conducted by the Economic and Public Sector Program has demonstrated the effectiveness of voice calls and SMS for strategic interventions in Papua New Guinea. The Childbirth Emergency Phone project is using voice calls to save the lives of women in Milne Bay Province of Papua New Guinea. A project of the Milne Bay Provincial Health Authority, it will soon be featured as part of the 2015 International Year of Evaluation. The Economic and Public Sector Program is also supporting the trial of an alternative model, with the establishment of a health call centre, in partnership with the Western Highlands Provincial Health Authority.

As part of the same study, two law and justice sector agencies collected data from key clerks around the country using SMS. What the project showed is that SMS can be a convenient, user-friendly way for people in disparate locations to report data. Most officers involved in the trial were happy to use the system rather than having to rely on fax machines or the postal system. An article on the project has just come out in the Commonwealth Governance Handbook (from page 34).

These examples clearly show the value of using simple technology for strategic means. While app use might be a long way off for most people in our neighbouring island nations, we can help in the meantime to improve lives using both voice calls and SMS. 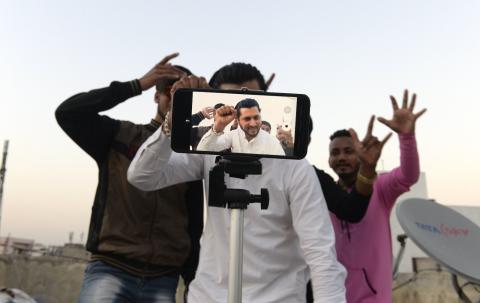 Previous Article
How do we know if counter-radicalisation programs are working?
Next Article
Lowy poll: On China and energy, Australia maintains its sunny disposition

Australia’s future international public broadcasting should be placed in the hands of a new independent body.
Dan McGarry 1 Feb 2018 11:19

Seoul could buy five or six diesel submarines for the cost of one SSN.