Two tiny and uninhabited islands in the middle of the Pacific that have, to date, appeared relatively uninteresting have revived deep tensions between France and Vanuatu.

In 1929, France took possession of Hunter and Matthew Islands and attached their management to their then-colony New Hebrides, now Vanuatu. After a quarrel with the United Kingdom 47 years later, in 1976, France decided to entrust the management of these two islets to another Pacific colony, New Caledonia. 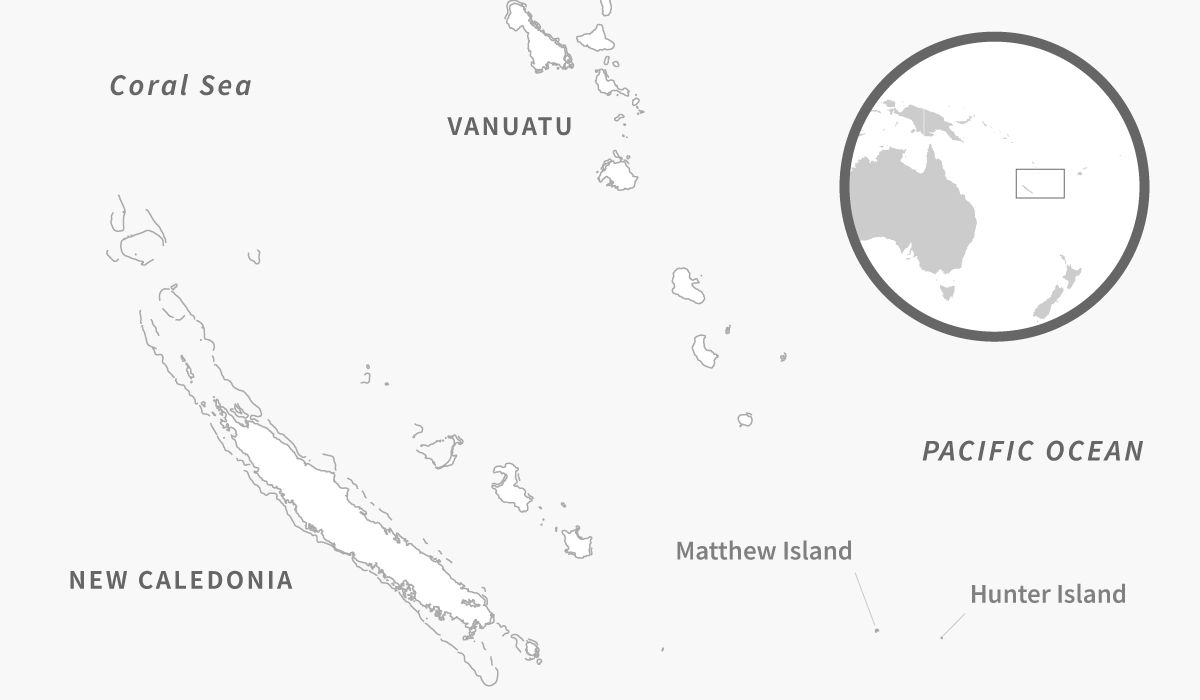 In 1980, after 74 years of colonialism, the Republic of Vanuatu was created. With its independence came the desire to recover Hunter and Matthew Islands, that it claimed as its own. Three years after, the only ship of the ni-Vanuatu Navy unbolted the French sovereignty plate established on the islands and planted the flag of their country. For the French, this was an unacceptable test of their sovereignty in the South Pacific and its military was immediately sent to resettle its sovereignty.

Since then, little “escarmouches” (skirmishes) have revived tensions between both countries. In 2004, the French Navy intercepted a Taiwanese–Fijian fishing boat next to the islands. The fishermen on board stated these islands were on the fishing zone authorised by Vanuatu.

This year has marked a revival in the intensity of the tensions. In January, France sent a small naval mission to Hunter and Matthew Islands to ‘reinforce its sovereignty’.

Similarly, in 2009, the New Caledonia pro-independence party, the FLNKS, signed the Keamu Declaration with the Vanuatu prime minister, recognising the customary membership of Hunter and Matthew Islands to Vanuatu. The document was later denounced by the French government.

This year has marked a revival in the intensity of the tensions. In January, France sent a small naval mission to Hunter and Matthew Islands to “reinforce its sovereignty”. It did so by landing officers on the islands, polishing a commemorative plate and painting a French flag on a rock.

According to Vanuatu’s Minister of Foreign Affairs Ralph Regenvanu, these belligerent actions caused fear among the ni-Vanuatu population who perform rituals and ceremonies on the islands.

Last year, negotiations were supposed to start between the two countries on the matter, but France did not show up, arguing that it had too much on its plate with the referendum for independence in New Caledonia unfolding. For Johnny Koanapo, who represents Vanuatu’s claim in the talks with France, the main issue comes from the fact that France doesn’t state its “definite” position on the matter.

France has been in the Pacific since the 19th century and, as a result of its colonial history, claims three territories in the region: New Caledonia, Wallis & Futuna, and French Polynesia. These territories provide France with a privileged geostrategic position for a number of reasons.

First, it allows France to be the only European country to have a military presence in the region, with a French Navy based in Noumea composed by two surveillance frigates, four patrol vessels, two multi-mission ships, five maritime surveillance aircraft, four tactical transport aircraft, several helicopters, and a military personnel number 2,800. This number is expected to grow as France continues to strengthen its presence in the region.

Second, the vast Exclusive Economic Zone surrounding the French Pacific represents a maritime resource position that gives France exclusive rights to enormous fish stock. In addition, with New Caledonia sitting on one-fourth of the world nickel reserve, France benefits from a long-standing economic mandate that, combined with growing Chinese demand, should guarantee strong revenues for the next decades. Add to these tourism opportunities and the discovery of hydrocarbons and you have a clear picture of the economic opportunities the region presents France.

Finally, with the 2016 decision to include New Caledonia and French Polynesia as full members of the Pacific Islands Forum, France sits now on the regional political body of the Pacific. This gives France a privileged position to push for its own strategic agenda in the region.

Which brings us back to Hunter and Matthew Islands. France’s grip on its regional territories is already under question, and they appear adamant to not budget on their claims of sovereignty in the region.

France’s foothold in the Pacific and the multitude of benefits it receives explains its disdain in engaging in negotiations. Indeed, France is increasing its footprint in the Pacific, but faces at the same time the difficulty of its past and present as a colonial and nuclear power. In less than a year, France has faced a referendum for independence and a complaint about crimes against humanity, and could definitely try harder to avoid another drama.

Previous Article
Christchurch attack: the dark web of terrorism as entertainment
Next Article
Why Jakarta called in Australia’s ambassador after Christchurch

Highlights from The Interpreter on the big economic story of the year.
Shane McLeod 16 Nov 2020 13:00

PNG’s prime minister must face down a no-confidence motion everyone knew was coming yet still caused a surprise.
Anuttama Banerji 16 Feb 2022 10:00

A common concern about China cannot be the lone factor for enduring engagement.