Novak Djokovic – a symbol for anti-vaxxers?

The ruling to deport the tennis ace could hamper his career but transform him into a different type of star. 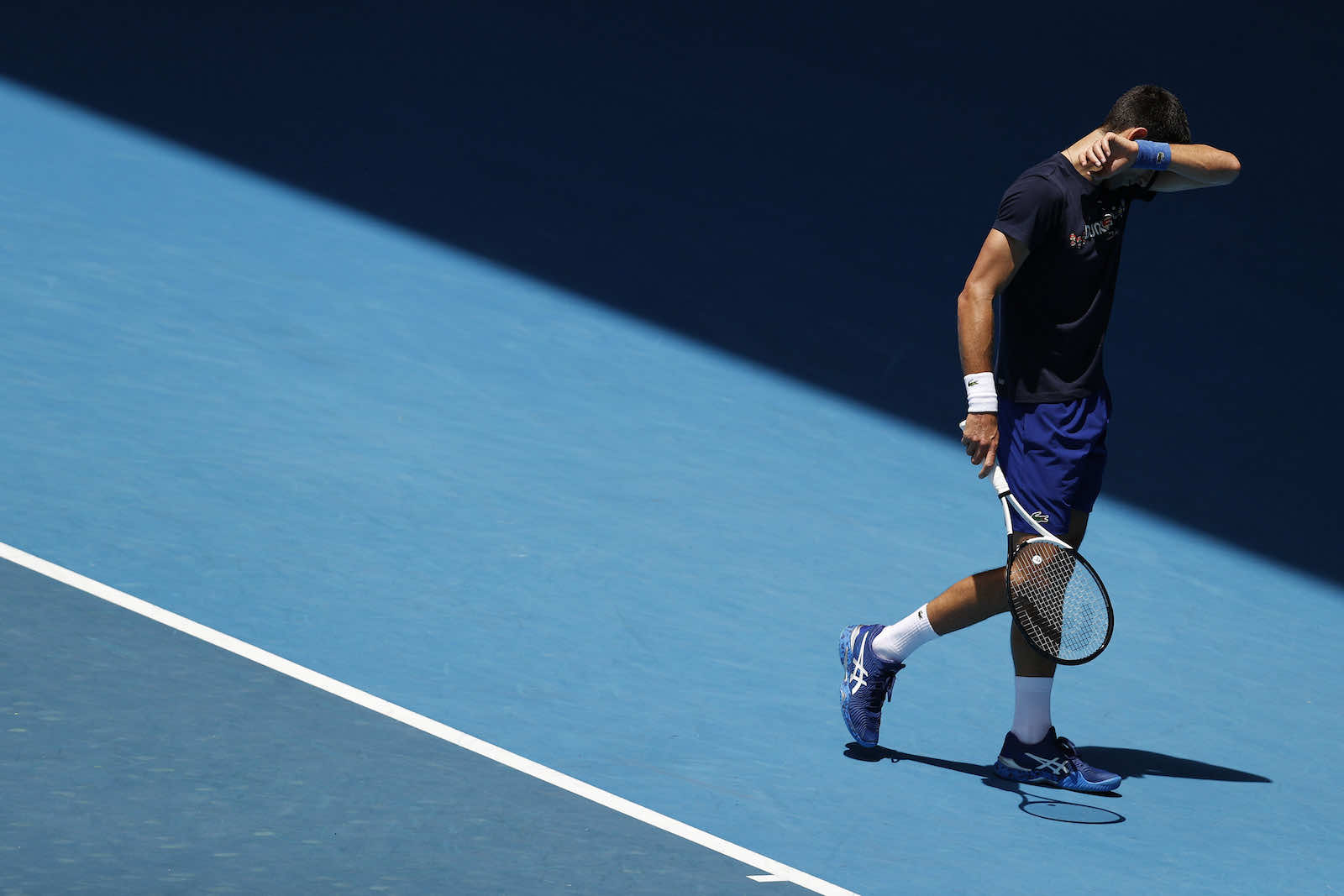 Novak Djokovic of Serbia is seen during a practice session ahead of the 2022 Australian Open at Melbourne Park on 12 January in Melbourne – his visa was cancelled two days later (Darrian Traynor/Getty Images)
Published 14 Jan 2022 22:30   0 Comments       Follow @nikola_mikovic

After the Czech doubles player Renata Voracova was deported from Australia last week following her visa cancellation for not meeting a requirement for non-citizens to be vaccinated against Covid-19, it became obvious that Novak Djokovic would soon be subject to the same fate. The Australian Immigration Minister Alex Hawke’s decision on Friday to kick out the world men’s number one tennis star from the country will undoubtedly have a significant impact on Djokovic’s further career.

Djokovic is seen by most Serbs as a national hero. In the West, whenever he played, the audience was rarely on his side, regardless of his opponent. Even in Australia, where he has lifted the trophy at Melbourne park on nine occasions, 83 per cent of people reportedly wanted to see him out of the country. In Serbia it is widely believed that the Westerners hate Djokovic simply because he is a Serb. History plays a role. During the 1990s wars in the former Yugoslavia the Serbs were often demonised in the Western media. But that was over two decades ago. New generations in the West hardly know anything about the tragedy the Balkan nations witnessed following the breakup of Yugoslavia. Still, there is something about Djokovic that makes him “a bad guy” in the eyes of the Western audience.

In Serbia it is widely believed that the Westerners hate Djokovic simply because he is a Serb.

During the ongoing saga around his claimed medical exemption to enter Australia, it was confirmed, finally, after lengthy speculation, that Djokovic has not been vaccinated against Covid-19. In the past, he hinted that he would not get a shot, defending the right to freedom of choice. Responding to Djokovic statements early in the pandemic, Serbian epidemiologist Predrag Kon had suggested the tennis star would be better to avoid providing direct answers to vaccination questions. That is exactly what Novak has been doing for more than a year. But now that his vaccine status has been published, there are fears in Serbia that Djokovic could become a “symbol of the anti-vaxxer movement”.

He is probably already seen as the most famous anti-vaxxer in the world. The declarations of “freedom” by his family will resonate with those agitating against vaccine mandates. And it is entirely possible that governments around the globe will follow Australia’s path and prevent the unvaccinated Djokovic from entering their countries.

Even in Serbia he could face a fine or potentially prison after his admission that he broke isolation while he had Covid in December. However, unless the Serbian government is heavily pressured by the West, it is unlikely that the ATP number one will end up behind bars. Although Serbia’s Prime Minister Ana Brnabic slammed Djokovic for his violation of the quarantine rules, she refused to say what sanctions he could face.

Serbian parliament’s speaker Ivica Dacic – who predicted that Djokovic would not be allowed to play in Australia – threw his support behind the tennis ace, while the Patriarch Porfirije, the leader of the Serbian Orthodox Church, sent a social media Christmas message to Novak Djokovic on 7 January – which is when many Orthodox Christians celebrate Christmas Day – telling him that “millions of Orthodox Serbs would be praying for the deliverance of their champion”.

One thing is for sure: although it seems certain that Djokovic will not win a record 21st grand slam, for most Serbs, as well as his fans around the world – regardless of their vaccine status – he will remain “the greatest of all time”.

Show Comments
Previous Article
Australia should build its green infrastructure presence
Next Article
Who cares about the Australia-China relationship?