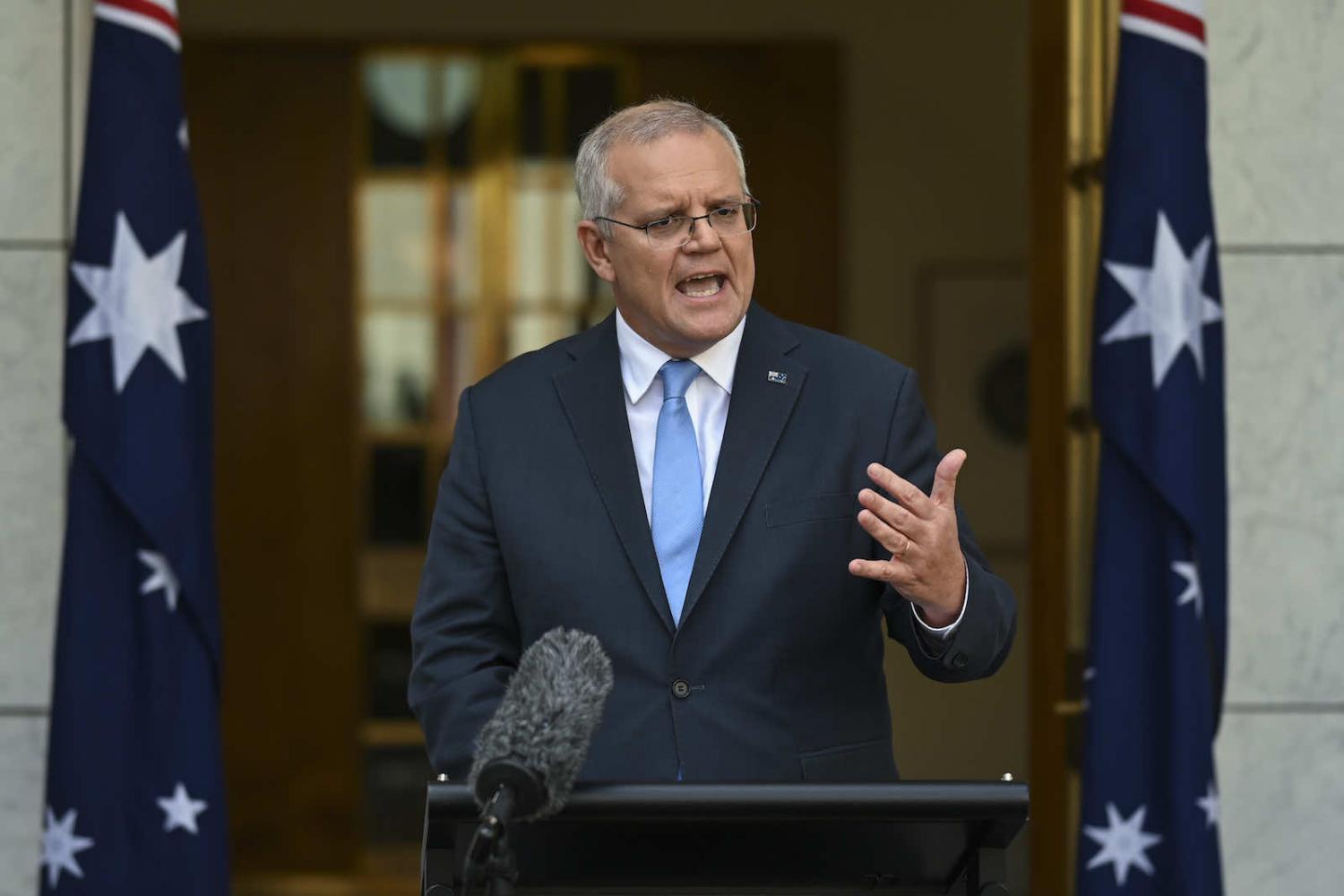 A returned Morrison government will see a Prime Minister at the height of his political powers, being just the second Australian leader this century to win two elections. Surprisingly, though, it’ll be on foreign policy that his government will need to spend much of its newfound political capital.

Foreign affairs and security have featured with an outsized role in the present campaign by Australian standards. While a national security dominated election would normally play to the Coalition’s strengths, the specific issues debated are instead presenting as a referendum on the government’s diplomatic record.

This has consequences beyond the vote on 21 May. It will make it harder for the Coalition to govern if they win because they would have just spent six weeks vehemently defending their actions, with some fairly direct language on China and Solomon Islands in particular, caring little for diplomatic niceties. While this will probably matter little for the bilateral relationship with Beijing that will likely remain in a deep freeze for some time to come, there’s certainly still space to repair relations with Honiara.

Carrying such baggage into a fourth term, Scott Morrison and his ministers should move quickly to address issues left on the backburner during the caretaker period.

While a comprehensive new international policy revamp would be ideal, a more realistic option for this government immediately after the election would be to commission a review and update of Australia’s foreign policy narrative and guiding principles.

Framed as an “international policy update” to the 2017 Foreign Policy White Paper, the new document should be delivered by the end of this year and clarify Australia’s strategic outlook considering the rapid rate of change in the last five years. And with the fresh mandate of re-election, a Coalition government shouldn’t be afraid to adopt some of Labor’s promises to boost funding for diplomacy.

Given the less than diplomatic exchanges between Morrison and Manasseh Sogavare in recent weeks since the Solomons-China security pact was revealled, the re-elected government will need to swallow its pride and find a way to deal constructively with the Solomon Islands prime minister.

It might be difficult to convince Sogavare to agree to a leader-level bilateral visit. A more effective option could be for Australia to work with New Zealand, Papua New Guinea, Fiji, and big external players such as the United States, Japan, and even France to hold a regional security dialogue with Solomon Islands. This would be difficult for Sogavare to refuse.

Such a dialogue must be future oriented, focused on limiting how China can operationalise the pact to advance its own strategic interests. Morrison must avoid attributing blame for what’s happened.

Ironically, if Morrison relies on independent MPs to form government who make their support contingent on greater action to curb emissions domestically, this could turn out to be a diplomatic asset.

While investing in better governance and economic development in Solomon Islands should be the long term focus, Morrison should work with the other dialogue partners to develop an offering that at least matches that of China in terms of domestic security support. This would call Sogavare’s bluff about the supposed necessity of Chinese assistance. Any offering would, of course, need to be strictly construed to limit assistance to genuinely national security threats, and not be used to prevent legitimate protest and keep Sogavare in power.

Even if this offering was accepted alongside (rather than instead of) Beijing’s one, it would mean Chinese forces would have to work with Australian and likeminded forces in local operations. This would provide Australia and others with the opportunity to curb the worst excesses and anti-democratic instincts of Chinese security forces.

As a signal to the region, the international development and the Pacific portfolio could be merged with a defence portfolio role, as they were under Alex Hawke, and upgraded to a cabinet position of “Minister for the Pacific”. This would allow a single top-level minister to focus exclusively on the region and fully “own” all the policy levers of the Pacific Step-up, including diplomacy, development, and security.

Morrison and a new minister for the Pacific should also set about making climate change and disaster resilience a core pillar of a broader narrative on regional security and resilience. The Pacific Islands Forum leaders meeting in Suva, flagged for June, would be the ideal place to launch this new framing.

Ironically, if Morrison relies on independent MPs to form government who make their support contingent on greater action to curb emissions domestically, this could turn out to be a diplomatic asset. With domestic political cover to be more ambitious on emissions, Australia can take steps to address what is the main criticism from the Pacific.

A more holistic security narrative should also seek to explain how Australian security initiatives such as AUKUS complement, rather than detract from, regional stability.

With border restrictions lifted, there’s no excuse for Australian ministers not to be travelling to the immediate region. Southeast Asia should be the focus of intense bilateral diplomacy – ideally a senior ministerial visit to each ASEAN capital – to send a strong signal about Australia’s priorities while offering ongoing support for Covid recovery.

There will be no better moment for rapprochement with Paris than immediately after the election. With the Australian and French leaders coming off two consecutive electoral victories each, there’s an opportunity for both sides to bury the hatchet for the good of their nations’ shared interests, especially in Pacific security. Morrison would have sufficient political capital to expend in making the first move. He should offer a public and private apology supplement by some kind of substantive olive branch to Emmanuel Macron.

Advancing negotiations with India and the European Union will continue to be central parts of the government’s trade diversification agenda. Improving relations with France will certainly help move the latter along.

With the Twelfth World Trade Organisation Ministerial Conference in mid-June, the trade minister should prioritise finding ways to facilitate constructive US engagement in multilateral trade forums, including to resolve the appellate body impasse in the WTO’s dispute settlement system.

Beijing can make or break nations by rubber stamping them as approved destinations for Chinese tourism and investment.
Greg Earl 27 Jul 2022 10:12