Governments should set but not dictate energy standards. That includes allowing nuclear back on the negotiation table. 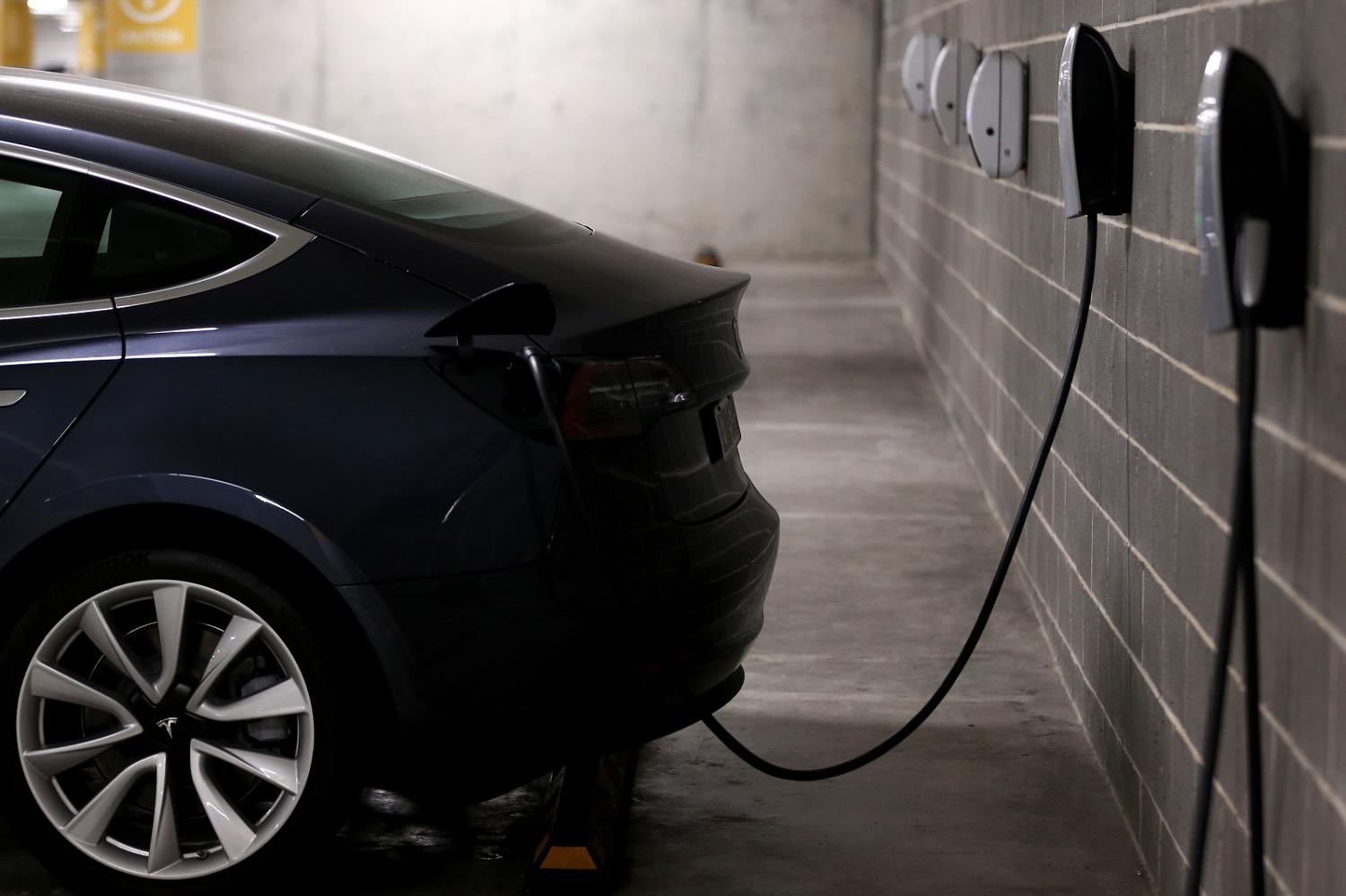 A Tesla at an EV charge station in Lane Cove, Sydney (Brendon Thorne/Getty Images)
Published 5 May 2022

Energy security has been a global issue for some time, but only recently has it struck Australians as a day-to-day problem. Price hikes at the bowser and the shortage of AdBlue for diesel engines that preceded its fivefold price increase are constant reminders that energy security is not just the government’s problem.

Christian Downie claimed in The Interpreter last week that Australia’s energy security “debacle” can be solved by pulling a few policy levers to electrify the transport sector (to reduce reliance on fossil fuels) and meeting the increased demand for electricity with renewables (rather than coal and gas). But this approach ignores the interrelated systems that are affected by government intervention through targeted industry policy measures. Historically, these tend to result in perverse policy outcomes.

The record of governments “picking winners” when it comes to technological innovations is littered with major policy failures in liberal democracies. Private property and political rights tend to de-rail even the best of government-subsidised intentions.

EV technology is yet to provide the capabilities that Australian motorists, particularly those in regional and remote communities, require to meet their transport needs.

Claims that vehicle efficiency standards such as those in Europe will help decrease Australia’s reliance on fossil fuels have not materialised elsewhere. In the United States, increased fuel efficiency has doubled since the last fuel crisis in the early 1970s. Instead of decreasing fuel use, greater fuel efficiency only encouraged US motorists to buy larger vehicles, negating the efficiencies achieved.

Electric vehicles (EVs) and renewables are part of the energy policy mix, but to suggest that these technologies should be the major focus for government intervention ignores the market’s ability to defy policy outcomes designed using the proverbial crystal ball. Suggestions that the government has failed to encourage the uptake of EVs based on comparisons with the European Union ignores key differences in Australia's geographical and demographical characteristics.

EV technology is yet to provide the capabilities that Australian motorists, particularly those in regional and remote communities, require to meet their transport needs. Advertised EV range capabilities based on European tests have not been able to be replicated in Australia. Despite some improvements in EV battery technology, range anxiety remains a major reason that motorists in large, sparsely populated countries such as Australia and Canada are not buying EVs.

When it comes to governments subsidising EVs, there is an underlying assumption that the existing electricity grid can cope with increased demand, and that renewables can address this demand in the near future. But if all private vehicles were replaced with EVs overnight, it is unlikely that the electricity grid could support the increased demand. Relying on renewables to meet future demand presupposes technological advancement in storage and dispatchability of that energy that is yet to exist in any affordable manner.

Government mandating the use of particular technologies to solve complex policy problems can create legacies that can limit future policy options. It can also establish regulatory structures that prevent other suitable technologies from being adopted organically. Market-driven solutions stimulated by government incentives that are not tied to particular technologies are key. As an example, nuclear power is a mature technology that reduces emissions, provides low-cost dispatchable energy, and is supported by an abundance of uranium reserves in Australia. But because we have a policy of picking technologies, we have ignored the obvious.

Energy policy to reduce carbon emissions has focused on numerous technologies including carbon capture and hydrogen amid growth in solar and wind generation supported by government initiatives. Rather than specifying the technical requirements and allowing the market to deliver the required technologies, policy prescriptions favouring EVs and renewables are relying on a desired future state that governments cannot control.

In the current geopolitical climate, exporting uranium while ignoring its domestic potential is the antithesis of energy security.

But a technology-neutral approach, where governments set the technical standards but do not dictate how those standards are achieved, provides the most efficient way to ensure solutions suit local circumstances and provide consumers with affordable access to dispatchable energy. To achieve technological neutrality, all potential energy sources must be on the table. And if energy security is the goal, then Australia’s most abundant source of potential energy – uranium – must not be ignored because of rules established in a bygone era.

Australia is the only G20 country that bans nuclear power. Yet Australia has exported uranium to China (and previously Russia) under bilateral arrangements that prevent other countries from using Australian uranium for other than peaceful purposes. In the current geopolitical climate, exporting uranium while ignoring its domestic potential is the antithesis of energy security. Coal and gas supported Australia’s energy security in the past, and uranium could support Australia’s prosperity into the future. Uranium should be exploited to address the country’s energy security needs. Nuclear technology will also help to reduce carbon emissions in a tangible, low-cost way.

The historical record suggests that making policy by crystal ball is a high-risk strategy. Nuclear power is not the only answer, but it must be on the table. Australia must not restrict its energy policy choices to particular technologies if the country is to ensure its energy security and reduce carbon emissions.

Previous Article
Death penalty: Singapore’s growing abolition movement
Next Article
Scott Morrison wins. So where to next for Australia in the world?

Getting our maritime security effort right

The time has clearly come for a careful examination of what Australia needs in a civil maritime security organisation.
Jennifer Percival 16 Jun 2020 10:00

An unstable Afghanistan threatens all kinds of trouble for its neighbours. For Russia, it may be a golden opportunity.